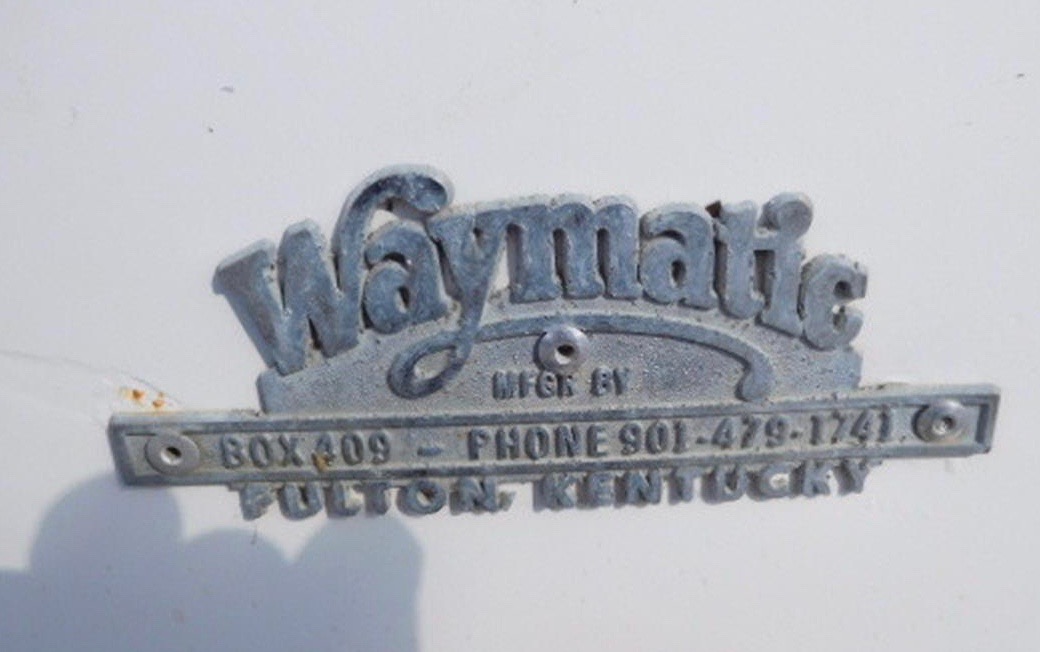 You say you’ve never heard of a Waymatic? Perhaps it’s because it’s not a car.

But as we perused the classifieds on ClassicCars.com we discovered the Pick of the Day, a 1984 Waymatic S concession trailer, being offered for $3,500 by a classic car dealership in Columbus, Ohio.

“It is in good condition,” the seller notes. “It is ready to work… could be used for auctioneer booth…”

Or, we thought, for displaying your wares at swap meets.

Or you might rent it out to local civic or church groups for festivals and picnics. It might even provide a basis as a float for your local high school’s homecoming parade.

We were curious, and did a web search and learned that Waymatic Inc. of South Fulton, Tennessee, has been in business for 61 years. It started when T.J. Easterwood invented a machine — the Waymatic — that automatically bagged dry materials such as popcorn, grain, seed and feed. The gizmo could be used in conjunction with a platform scale to serve as an automatic weighing scale and bagger.

According to the company’s website, the Waymatic was used in feed mills across the U.S. and in Mexico, and many are still in use today.

In the 1950s, Easterwood build a small special-events trailer for the local Pepsi-Cola bottling company and that led to the concession trailer business and to metal fabrication and custom sign products.

The 1984 Waymatic S trailer is a fairly basic unit. It rides on two axles and has a door, pivot-up awnings on three sides, and a central aisle with large, full-length metal bins on either side.

If you really like this Waymatic S, the Columbus, Ohio, dealership says it has seven more just like it.