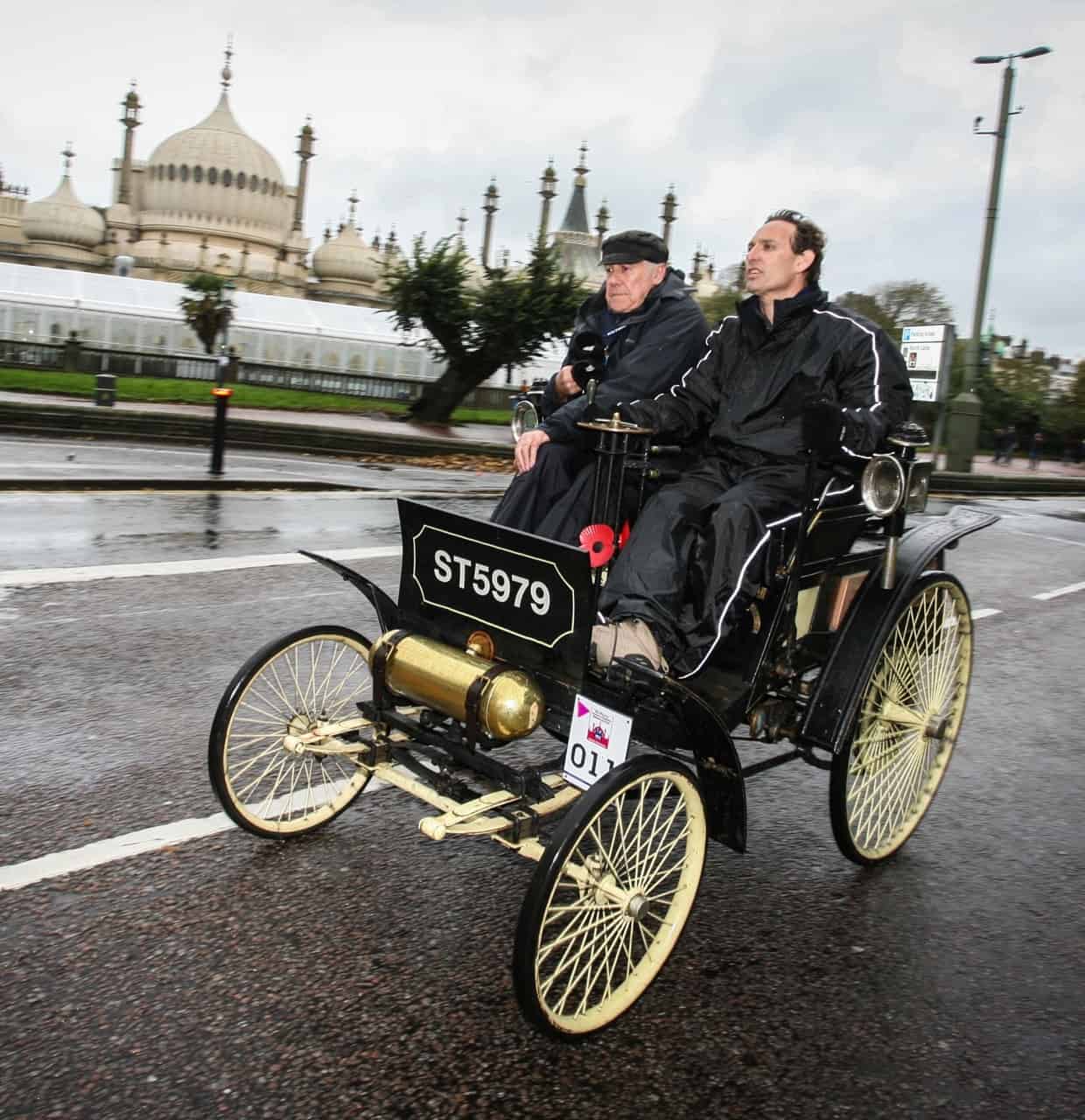 Noting that it was 130 years ago that Karl Benz unleashed his Patent-Motorwagen on the world, and that only 60 miles away Gottliet Daimler was working on a self-propelled vehicle, officials of the London to Brigton Veteran Car Run in England plan to showcase pioneering German vehicles November 6 in the world’s longest-running motor event.

Fourteen of the more than 400 cars entered in the rally were produced in Germany, the organizers said in a news release which notes that several of those cars were done by long-forgotten marques including Adler, Delin and Cudell.

Two of the German entries — an 1898 Benz Victoria and an 1898 Benz Phaeton — are coming from the Allgemeiner Schnauferl Club, which was founded in 1900 and is one of the world’s oldest car clubs.

The Mercedes-Benz Museum also is participating with two cars — a 1901 Benz Spider and a 1902 Mercedes Simplex.

The 2016 London to Brighton rally commemorates the 120th anniversary of the first “Emancipation Run,” which was held to celebrate the passing of the Locomotives on the Highway Act which raised the speed limit on British roads from 4 mph to 14 and abolished the need for vehicles to be precedes by a man carrying a red flag.

The renewal of the run was launched in 1930 by the Royal Automobile Club and is open to three- and four-wheeled vehicles produced before 1905. The event is part of the RAC’s London Motor Week, a seven-day festival that includes an art exhibition, automotive history lectures and other events, including the Regent Street Motor Show on Saturday, November 5.

The Veteran Car Run is sponsored by Bonhams auction house with support from Hiscox insurance.