Cars and coffees — and memories 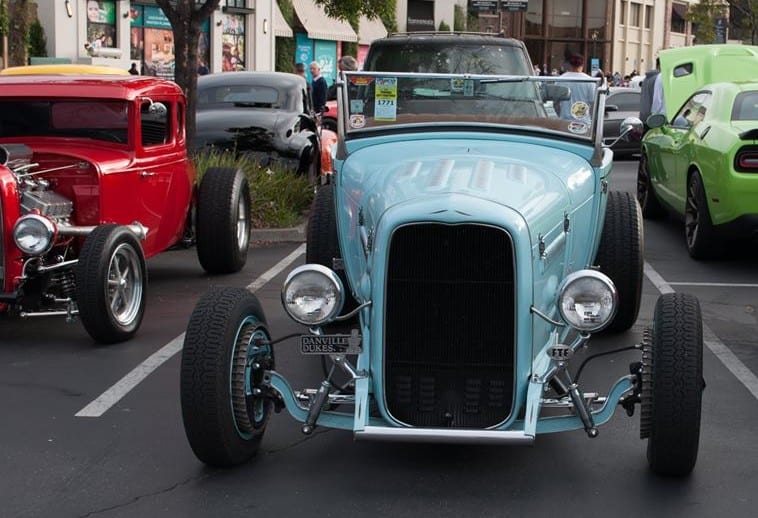 The Blackhawk Museum’s Cars and Coffee from 7:30 a.m. until 10 a.m. this Sunday will honor the memory of Craig Andrews, a regular Cars and Coffee participant with his black 2014 Corvette and supporter of the museum’s children’s education programs. In his memory, the museum in Danville, California, will extend complimentary tickets to all participating car owners. The museum opens at 9 a.m.

The AACA Museum opens a newly renovated Route 66 exhibit in the main gallery on October 5 during its “Night at the Museum” event. Food and cocktails are available with a Route 66 flair along with a silent auction, entertainment and automotive artist gallery. Wayne Carini, host of Chasing Classic Cars, presents “A Collector Car Conversation” with car collector Ralph Marano and moderator Bill Warner, founder and chairman of the Amelia Island concours.

Today, the AACA Museum in Hershey, Pennsylvania, acts as the starting line for the fourth annual Ohio Valley 700 rally. The museum opens at 7:30 a.m. and guests are encouraged to view the participating rally cars until they leave at 9 a.m. The rally, organized by Rally North America, takes drivers on a scenic route with secret check points before concluding October 2 in Athens, Ohio.

The Automotive Hall of Fame in Dearborn, Michigan, co-hosts a car show October 9 with East Michigan Car Meets, and has a cars and coffee scheduled for October 15.

The Blackhawk Museum holds Picnic on the Plaza for pre-war classic vehicles October 9 and it second annual All British Car Meet on October 15. The All British meet is supported by the Mini Owners of America San Francisco chapter.

October 15 is the inaugural Toy & Model Car Show and People’s Choice Contest at the America On Wheels Museum in Allentown, Pennsylvania. The show will be held from 10 a.m. to 4 p.m. and includes show stock, custom, race car, street rod, truck and classics.

To show appreciation to those who have served in the military and for members of the Warrior Transition Battalion from Fort Knox, the National Corvette Museum in Bowling Green, Kentucky, invites veterans to visit the museum November 3-5 for the annual Vets ‘n Vettes celebration. The weekend includes laps and rides in Corvettes at the NCM Motorsports Park, museum tours, Corvette plant tours, road tours, a poker run, banquet and participation in the Bowling Green Veteran’s Day Parade.

Ford GT among cars at Cars and Coffee

On October 1, the Gilmore Car Museum will show American Graffiti. Admission is $10 per car load and the museum encourages guests to bring lawn chairs and blankets to enjoy the movie, scheduled to start at 7:30 p.m.

Earlier in the day, the museum holds a “Keep Your Motor Running” 5K run and walk through the 90-acre grounds. Day-of check in will begin Saturday morning at 7am.

October 9, the America on Wheels Museum holds a “fire prevention day” from 1 p.m. to 3 p.m. with art activities, safety drills, and “Bert and Ernie Skits on fire.” Participants will have the opportunity to take a photo alongside a Mack fire truck.

The Seal Cove Auto Museum in Maine holds a masquerade ball on October 22 from 7 p.m. to 10 p.m.

Side view of classic car at Cars and Coffee

The World of Speed Museum in Wilsonville, Oregon, holds the “simulator race series” on October 27 from 5:30 to 8 p.m.

At noon October 9, the Auburn Cord Duesenberg Museum in Auburn, Indiana, presents a 1908 Zimmerman in the museum’s “If These Cars Could Talk” series.

Halloween candy will be shared October 22 at the AACA Museum and October 30 at the California Automobile Museum and the America on Wheels museum.