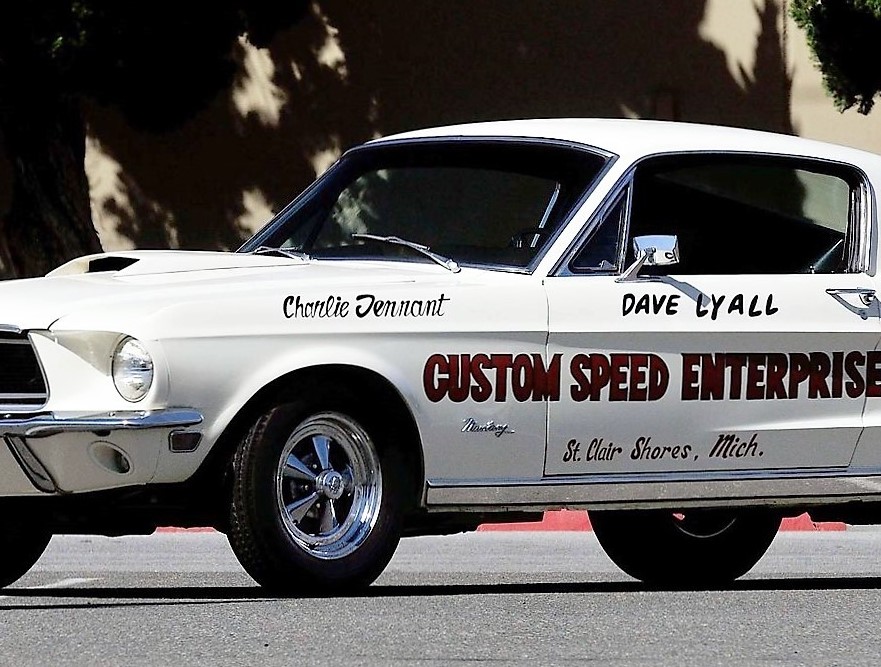 Mecum returns to the Midwest next week for its annual Chicago-area auction, with collector cars ranging from early flivvers to modern supercars, although classic American muscle cars will take center stage during the sale running October 6-8.

One of Mecum’s “main attraction” offerings is a piece of Ford drag-racing history, the factory-sponsored 1968 Mustang Cobra Jet Lightweight driven by Dave Lyall. An engine specialist for the automaker, Lyall bought the car from Ford for $1, “under the standard agreement for factory-sponsored racers,” according the Mecum Auctions catalog description.

Ford built just 50 of the Cobra Jet Lightweights from those designed by Ford dealer Bob Tasca, the originator of the famed Thunderbolt drag racers. The car is powered by a specially designed 428 cid FE big-block V8 linked to a four-speed transmission with a Hurst shifter.

Another piece of coveted Ford muscle is a fully restored 1970 Mustang Boss 429 fastback with just 25,000 original miles, the catalog says. Painted a sparkling Grabber blue, the Mustang is powered by the 375-horsepower big-block V8 and is equipped with the desirable Drag Pack and 3.91 Traction-Lok rear.

For Chevy fans, a 1969 COPO Chevelle with an L72 427 V8 rated at 425 horsepower should fill the void. This four-speed hardtop was restored by COPO expert Dave Tinnell, and it has a known ownership history, according to the catalog.

Mopar enthusiasts should get worked up over the 1970 Dodge Hemi Challenger R/T, a true R-Code car equipped with a 426 cid Hemi V8. With early racing history, the restored Challenger has been with its current owner since 1983.

Going back nearly a century, a 1919 Ford Model T roadster pickup offered in Chicago claims a piece of Hollywood movie provenance: in the landmark film The Godfather Part II, the car was in scenes of the early life of Don Corleone as played by Robert De Niro.

As ever, Mecum will offer a wide selection of cars, trucks and motorcycles to match most budgets.

The auction takes place at the Schaumburg Convention Center in Schaumburg, Illinois. For more information, visit the auction website.