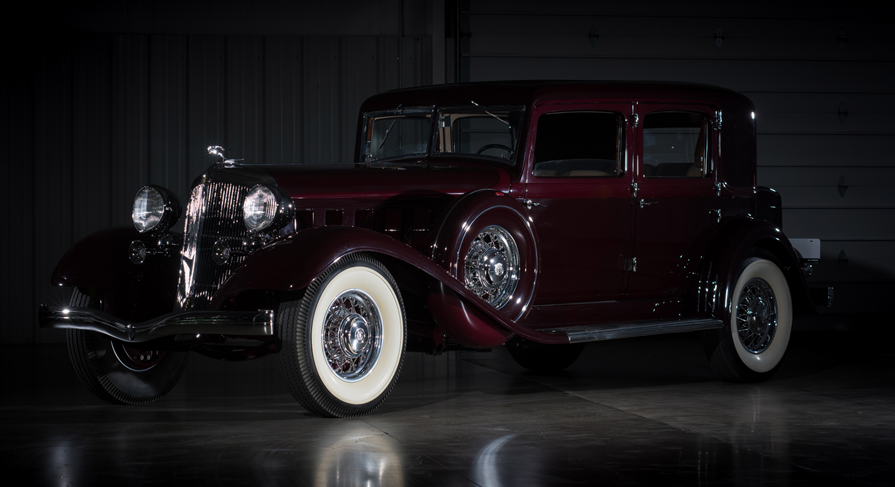 Editor’s note: This is the 17th in a 30-day series featuring cars from the Tammy Allen Collection to be sold October 13-15 at Barrett-Jackson’s 2016 Las Vegas Auction.

In 1908, Kansas farmer Walter P. Chrysler bought his first car. Shortly after, Chrysler became the plant manager for Buick under Charles Nash and later succeeded him as Buick’s president. Chrysler left Buick in 1925, and Chrysler’s namesake company became incorporated, the newest entry of what would become the “big three.”

Chrysler offered many mid-priced six-cylinder cars when the company began, but the automaker’s acquisition of Dodge and the launch of Plymouth gave Chrysler the opportunity to move up in the market.

From Chrysler’s start in 1924, the “Imperial” nameplate was used to designate their top-of-the-line models that offered the best performance and luxury. By 1928, the Imperial became the first stock car created by an American automaker to reach speeds of 100 miles per hour. The Imperial range was split in 1933 into two models, the CQ and the CL.

The CQ rode a shorter wheelbase than earlier Imperial models and was simplified with less features, which gave the car a lower price point. The CL, or Custom, retained all of the elements and details that made the earlier Imperials so special, including the automatic choke, a helical gear transmission, hydraulic brakes, a vacuum-assisted clutch and freewheeling, and it retained its higher price point.

Offered during Barrett-Jackson’s Las Vegas auction from the Tammy Allen collection at no reserve is one of the 151 Imperial CL cars produced during 1933 at the depths of the Great Depression. Of those produced, this is one of just 43 four-door sedans.

The Imperial CL is equipped with dual side-mounts spares, chrome wheels, trunk rack, touring trunk, whitewall tires, cigar lighter and radio.  This example also retains all of its original major components and was the recipient of a high-quality restoration to original specifications.

Painted Empire Maroon and seen with a tan interior, the Chrysler Imperial is powered by a 298.65 cubic inch straight 8-cylinder engine mated to a manual 3-speed transmission.

This 1933 Chrysler Imperial CL 4-door sedan and the rest of the Tammy Allen Collection will be crossing the block at no reserve as part of Barrett-Jackson’s ninth annual Las Vegas Auction, October 13-15 at Mandalay Bay Resort & Casino. For more information, visit www.Barrett-Jackson.com/Bid or call 480-421-6694. Absentee bidding options powered by Proxibid are also available.