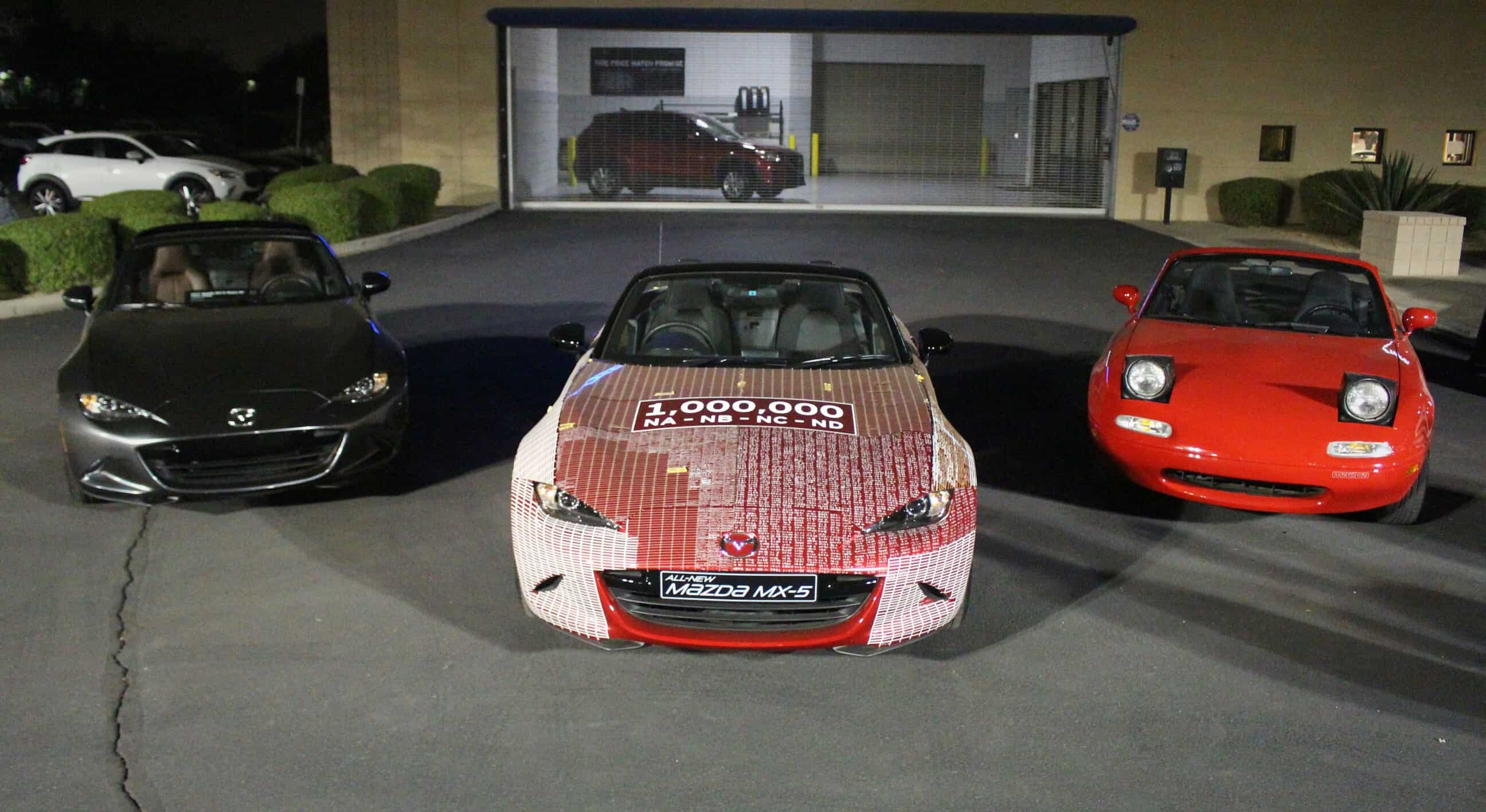 Mazda unveiled the MX-5 Miata in 1989 at the Chicago Auto Show. The car was designed to fill a void left by the lightweight British and Italian sports cars of the 1950s and ’60s. Nearly 36,000 units were sold in the first year of production as the car put smiles on the faces of drivers from various countries, cultures and age groups.

Earlier this year, Mazda celebrated another MX-5 milestone when the one-millionth MX-5 rolled off the assembly line in April.

“MX-5 carries a lot of heritage for Mazda, from its inception to winning the 2016 World Car of the Year Award,” said Robert Davis, senior vice-president for U.S. Operations at Mazda North America. “It  may be the smallest car we make, but it is the torchbearer for Mazda’s entire lineup of performance vehicles.”

Since the millionth car’s debut, the Japanese-spec, right-hand-drive, fourth-generation MX-5 has been on a world tour that includes 18-stops in the United States.

The car’s body features spaces reserved for enthusiasts to sign their names.

“We’ve seen an outpouring of enthusiasts come to sign the one-millionth MX-5,” Davis said. “Everyone has had a unique story with their car, but all of those stories come back to a common theme — falling in love with open-top driving.”

Millionths Miata features signatures from its designers and thousands of fans

“The 1990 Miata shown with the millionth Miata just shows the history of the brand –- where we started, where we are now, and how close we have stayed to our roots.” Jim Slowey, district sales manager for Arizona, said during the millionth car’s tour stop in the Phoenix area. “While we are a smaller brand, we want our customers to enjoy driving and as we transition our brand and continue to move forward, the Miata is important to our continued success.”

Earnhardt Mazda in Scottsdale was the 16th stop in the U.S. portion of the tour, which resumes Wednesday  in Los Angeles  at Galpin Mazda before its final U.S. stop at Mazda Raceway Laguna Seca in Monterey as part of the “Miatas at Mazda Raceway” event October 1-2.

From Laguna Seca, the millionth Miata  heads to Australia before being retiring to the Mazda Museum in Hiroshima, Japan, where it will be displayed  bearing 20,000 signatures of enthusiasts from around the world.