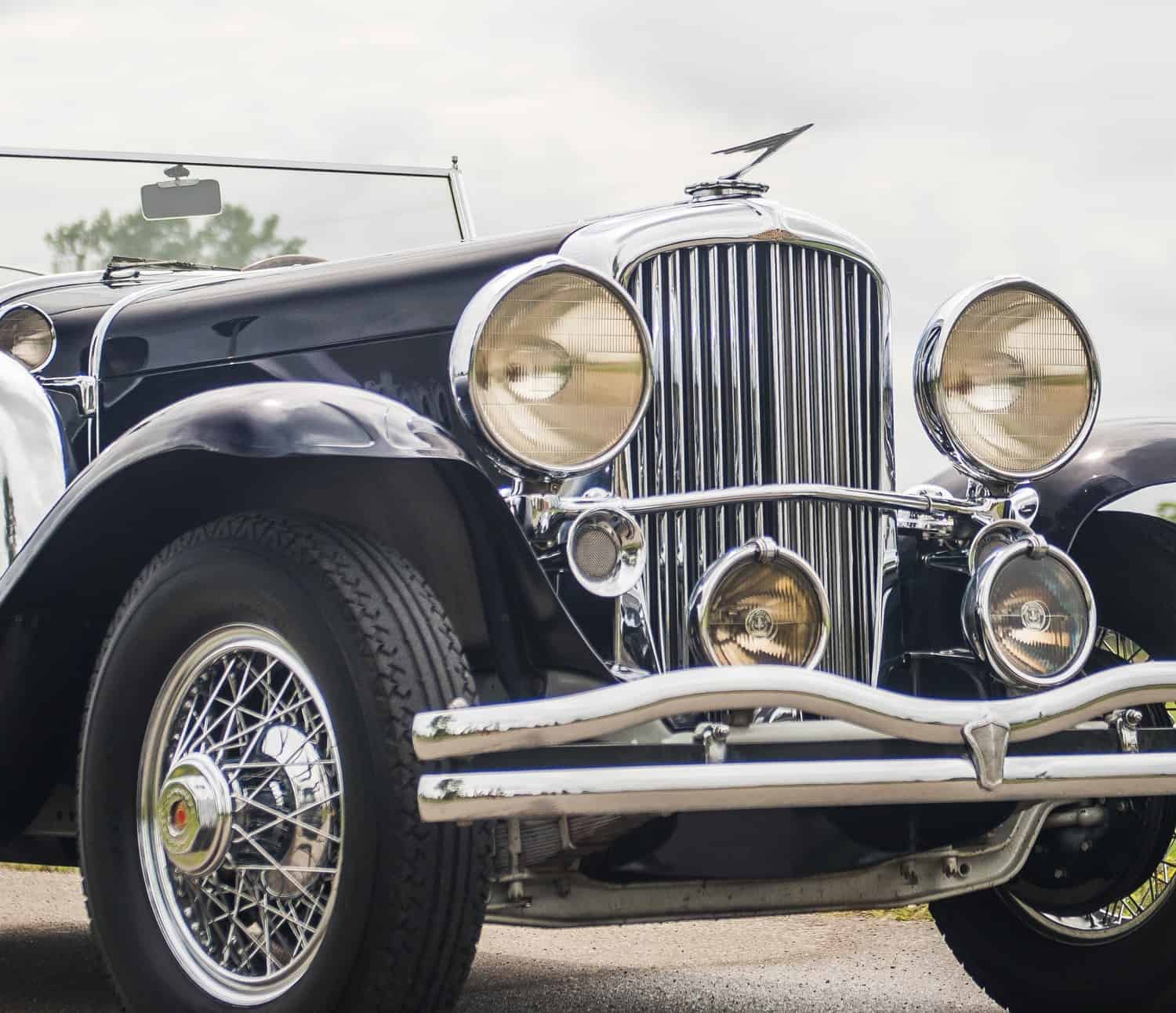 RM Sotheby’s holds its 10th annual auction in Hershey, Pennsylvania, next month in conjunction with the Antique Automobile Club of America’s Eastern Division Fall Meet. The sale is headlined by a pair of significant Duesenbergs owned by the same family for more than 50 years.

One of those Duesenbergs, a 1930 Model J Dual-Cowl Phaeton that is one of only three of the open cars originally bodied by coachbuilder Walter J. Murphy, is the highest valued car at the auction, estimated at $1.6 million to $2 million.

Dubbed the Mexican Duesenberg because of its years spent south of the border, J-347 was originally owned by John F. Howard, the wealthy “mayonnaise king” of Massachusetts. Howard later moved to Mexico, where he took ownership of the Model J. The striking car went to several subsequent owners, including a movie studio.

Another owner placed the car in storage in the parking lot of the Mexico City airport, where it remained – surrounded by a short brick wall –until discovered by Duesenberg historian Raymond Wolff in 1962, according to the auction description.

The phaeton was restored shorty after and was displayed at Hershey in 1963. Since then, it has stayed in the same family ownership for 54 years. The car remains in exquisite condition, RM Sotheby’s says.

Coming from the same family ownership is another Duesenberg with an interesting history, a 1927 Model A/Y Phaeton Prototype that was one of two cars built as the Model Y with a special chassis and prototype SOHC engine rated at nearly 200 horsepower.

The first one, a sedan owned by actor Frank Morgan, famous for his title role as The Wizard of Oz, was later destroyed.

The second was the phaeton, which was sold in 1932 to August Duesenberg, a genius racing mechanic, with the proviso that the prototype chassis be destroyed. He did so and used the engine in a race car. The McFarlan bodywork was moved to a Model A chassis – thus its label as a Model A/Y – and sold it to Indianapolis businessman Hugh R. Baylor.

The car was mechanically and cosmetically overhauled in the early 1950s before going to its current owners in 1957. The Model A/Y might look familiar to Duesenberg enthusiasts as it was on long-term display at the Auburn-Cord-Duesenberg museum in Indiana. The car comes to auction with an estimated value of $450,000 to $550,000.