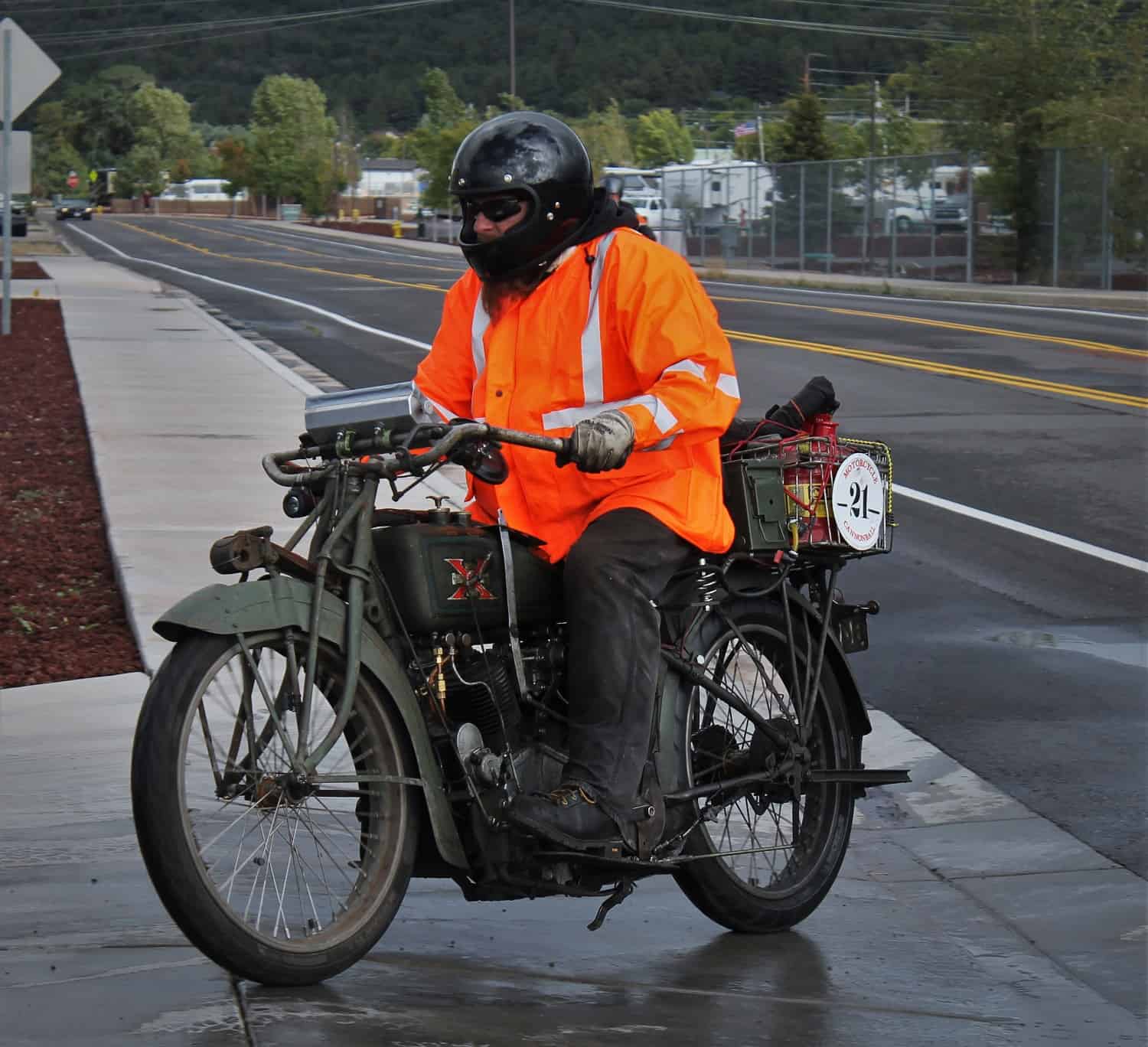 Participants in the coast to coast “Race of the Century,” organized by the Motorcycle Cannonball, faced with rain, strong winds and 60-degree temperatures as they made their Thursday way from Page to Williams, in northern Arizona.

The 2016 Motorcycle Cannonball marks the centennial of Cannonball Baker’s record-setting cross-country motorcycle ride.   The 2016 event was limited to 100 participants, each riding a bike produced no later than 1916, on a route from Atlantic City, New Jersey, to San Diego, California.

Participants use scroll-box to navigate

“It must be such an accomplishment, to even make it to Arizona from New Jersey,” said Larry, a spectator who had driven from Phoenix to see the 2016 Motorcycle Cannonball riders enter Williams. “And I thought my ’77 Harley was old, but man, when I heard about these guys, I couldn’t believe it. I had to see it for myself.”

Much of the ride is being done on scenic backroads with limited time on interstates. However, the Motorcycle Cannonball requires bikes be fitted with key safety elements such as a headlight, brake and tail lights, and organizers allow a modern reproduction tire as well as additional or upgraded brakes.

While safety is key, to be eligible the bike must be powered by its original engine.

“I’m impressed,” Larry said, telling Classic Car News he had done many lengthy motorcycle rides, adding “it’s nice to see these guys out here, riding with their wives, and on these bikes; they are what you see in museums.”

Over the 16-day journey, riders total 3,400 miles and earn points or penalties based on following directions, speed and mileage.

“I didn’t take into account the time zone change,” said one of the riders as he looked over his 1913 Henderson, “all those jokes about it being a dry rain, yeah right.”

With the ride in its final days, only 58 riders remain in contention.

From Williams, Cannonball riders will make their way through Arizona with stops at Kingman and Lake Havasu City before entering California. The event ends Sunday in San Diego.