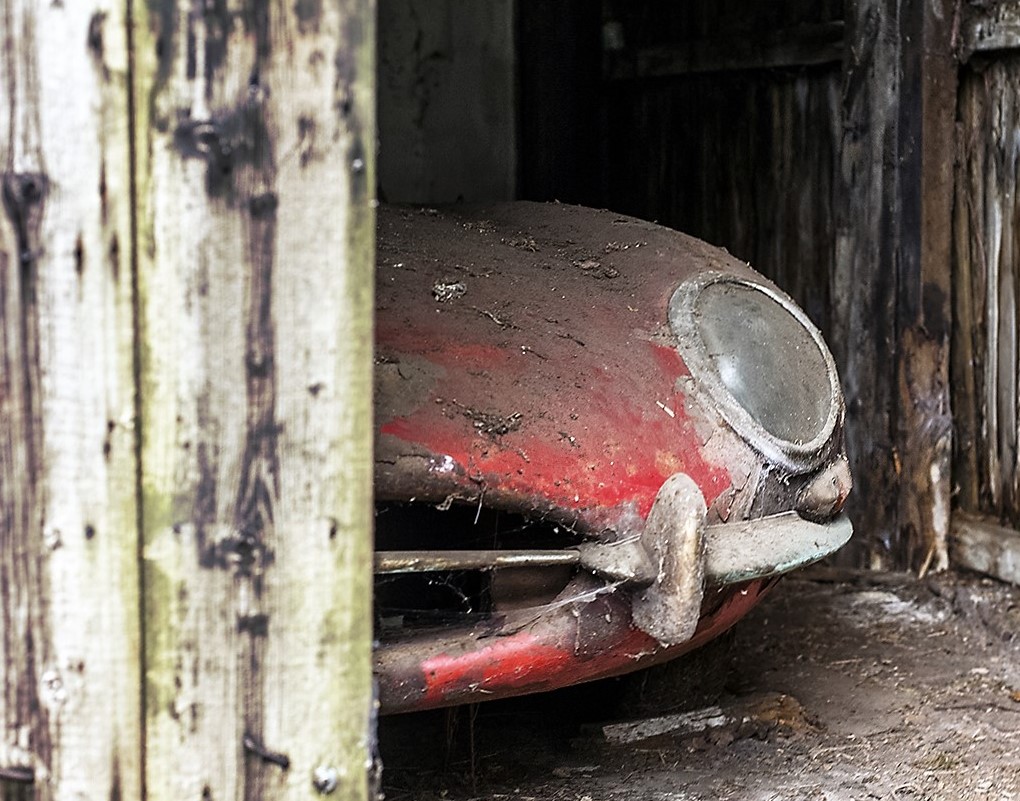 The extraction of an early Jaguar E-type 3.8-liter coupe from a sodden wooden barn in the English countryside, where it had languished for four decades, was captured beautifully in photographs taken by H&H Classics, which will auction the car next month in England.

In what looks more like a movie set than an actual barn-find recovery, the crusty 1964 Jag is shown standing in the dilapidated structure before being towed into the daylight for the first time since it was parked in the 1970s. Once pulled out, the coupe looked surprisingly intact, although it would need total restoration to make it roadworthy again.

The odometer shows just over 52,700 miles, and the last British MOT registration was dated 1973/74 with license plate PRF 935B. The coupe is a right-hand-drive home-market car, of which only 1,798 coupes were produced, and is a XK-E Series 1 with the desirable covered headlights and earlier interior trim.

The car comes from the estate of the late owner who had purchased the car for his wife in 1970, according to the auction company. Just a few years later, it was parked in the barn for unknown reasons and remained there until recently.

Barn-find Jaguar E-type discoveries have become regular occurrences in recent years, perhaps as the model’s value has risen. In England, original cars in derelict condition are highly valued not only because of the romance of barn finds but because they represent a clean slate for possible restoration.

“Considering the perennial popularity of the immortal E-type Jaguar, it’s extraordinary how many have been confined to barns over the years and are only now resurfacing, to the delight of new would-be owners,” Damian Jones, head of sales at H&H Classics, said in the news release. “So if you missed the last one for some reason, take due heed of ‘PRF 935B,’ a delightfully unmolested late 3.8-liter coupe that’s just been exposed to the full light of day for the first time in (circa) 40 years and not even been started for (circa) 15.”