Students will go from Gilmore museum garage to The Great Race 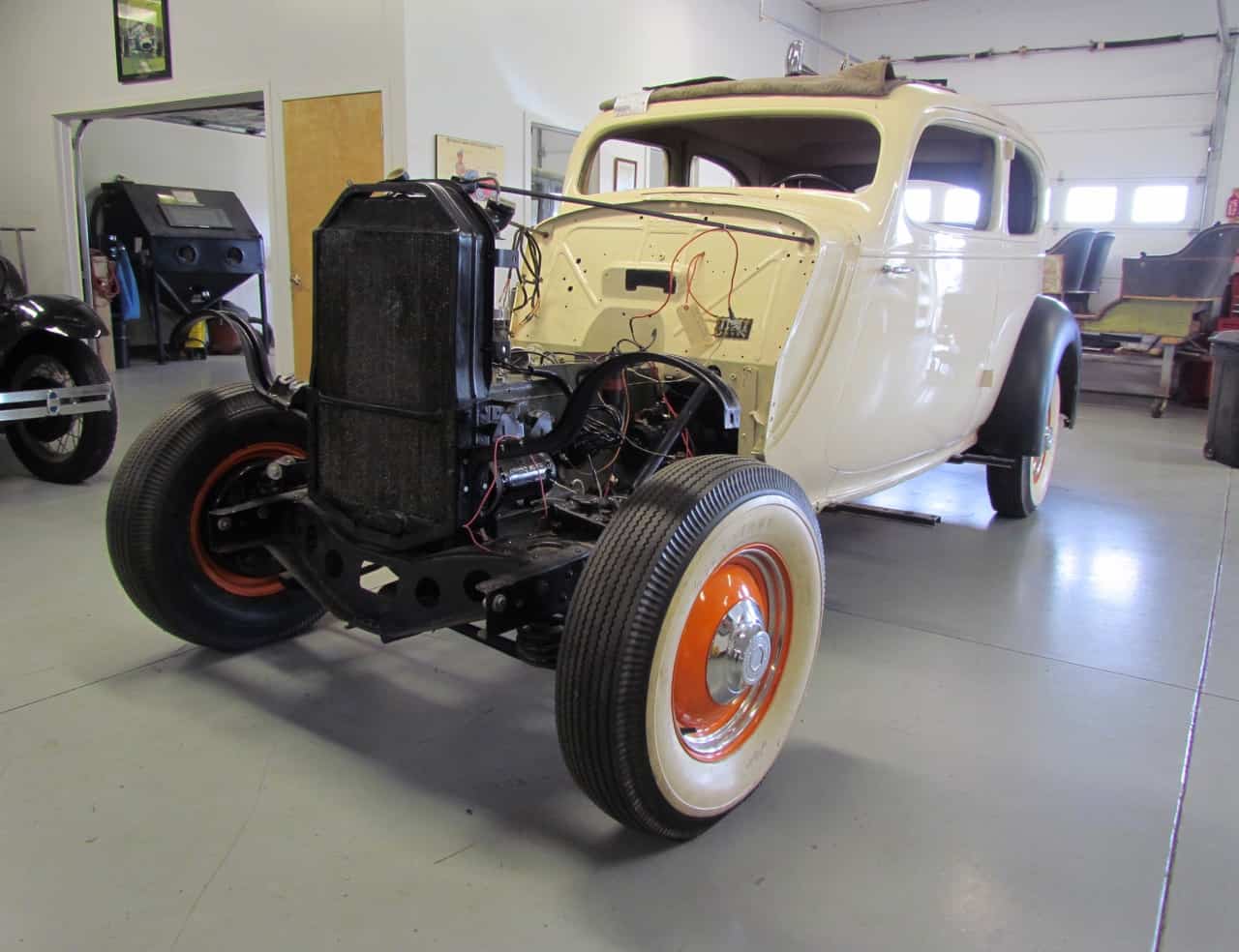 Next summer, The Great Race for vintage vehicles will approximate one of the historic Dixie Highway routes as it runs from Jacksonville, Florida, to Traverse City, Michigan.

There actually were two Dixie Highway routings from the Midwest to Miami back in the day, one starting in Chicago and the other in Michigan’s Upper Peninsula. But we’re not quibbling here. The race route for 2017 will include overnight stays in Tifton, Georgia; Chattanooga, Tennessee; Bowling Green, Kentucky; Franklin and Auburn, Indiana; and in Ypsilanti, Frankenmuth, Sault Ste Marie, Michigan, before finishing during the National Cherry Festival in Traverse City.

Once it reaches into Indiana, the route is anything but Interstate-highway straight, meandering into Ohio, then back to Indiana and meandering around Michigan, presumably so it can expose the competitors to various automotive heritage sites, including Hickory Corners, Michigan, where a lunch stop is scheduled at the Gilmore Car Museum.

But the Gilmore’s involvement with the 2017 Great Race will go much deeper than hosting lunch at its large campus where historic barns are filled with historic cars. During the conversation between race organizers and museum staff, the Gilmore Garage Works program was mentioned.

Garage Works started in 2008 and at first was designed to provide at-risk students from local high schools with an after-school activity where they could get to go hands-on restoring and maintaining some of the museum’s vehicles. Many local schools had eliminated their shop classes and the museum and a group of volunteer mentors were willing to help fill that void.

Folks from the race mentioned that there’s a X Cup category in the race for teams from high schools and colleges and suggested that the Gilmore Garage Works consider such an entry.

That some of the X Cup entrants have met future employers on the race was a bonus, and the clincher came when the race organizers said they had an anonymous donor who was willing to pay the Garage Works’ team entry fee.

Some two dozen area high school students participate in the Garage Works program each school year. Next summer, not long after school is out, six of them will join two adults (race rules require drivers be 21 years of age or older) on the Gilmore Garage Works team in The Great Race. The students will serve as navigators for the car’s driver and also will do mechanical chores along the route.

But before any of that can happen, they’ll have to finish the restoration of the 1935 Packard coupe that will be the Gilmore entry.

It’s kept kids in school because they don’t want to miss this.” — Jay Follis

The Garage Works program at the museum is conducted Tuesdays and Thursdays. Fred Colgren, who retired after 30 years as a teacher (choir director) in Kalamazoo, is the museum’s education director and oversees the program, which has as many as 20 mentors, many of them also retirees and car guys, “hobbyists looking for something to do,” said Jay Follis, the museum’s marketing director.

The museum has an extensive workshop, even its own paint booth. When a local school dropped its wood shop program, it donated all its equipment to the museum, and the shop teacher volunteered to come along.

Students — the program is open to boys and girls and to home-schooled students — have worked on a 1909 Buick, a 1926 Buick, a 1931 Willys Knight, a Model A Ford pickup truck and other vehicles. In fact, they’ve done the ’09 Buick chassis, taken it apart and redone it as the various groups acquire new skills.

“It’s kept kids in school because they don’t want to miss this,” Follis said of requirements that school comes first.

It’s the life skills that students gain through Garage Works that most please Colgren and Follis.

Follis said sometimes the adults take things for granted as a car is coming together, “but they see the little successes” as a student finally gets a sanded surface just right or secures a wood joint or finally solves some other obstacle.

“You never know the impact you’re going to have on a young student,” Colgren said of feedback he gets from the mentors, and from parents and even the students themselves, several of whom have earned college scholarships. One even returned as a mentor for the program.

For some of those students, those life lessons next summer will include a Great Race road trip.