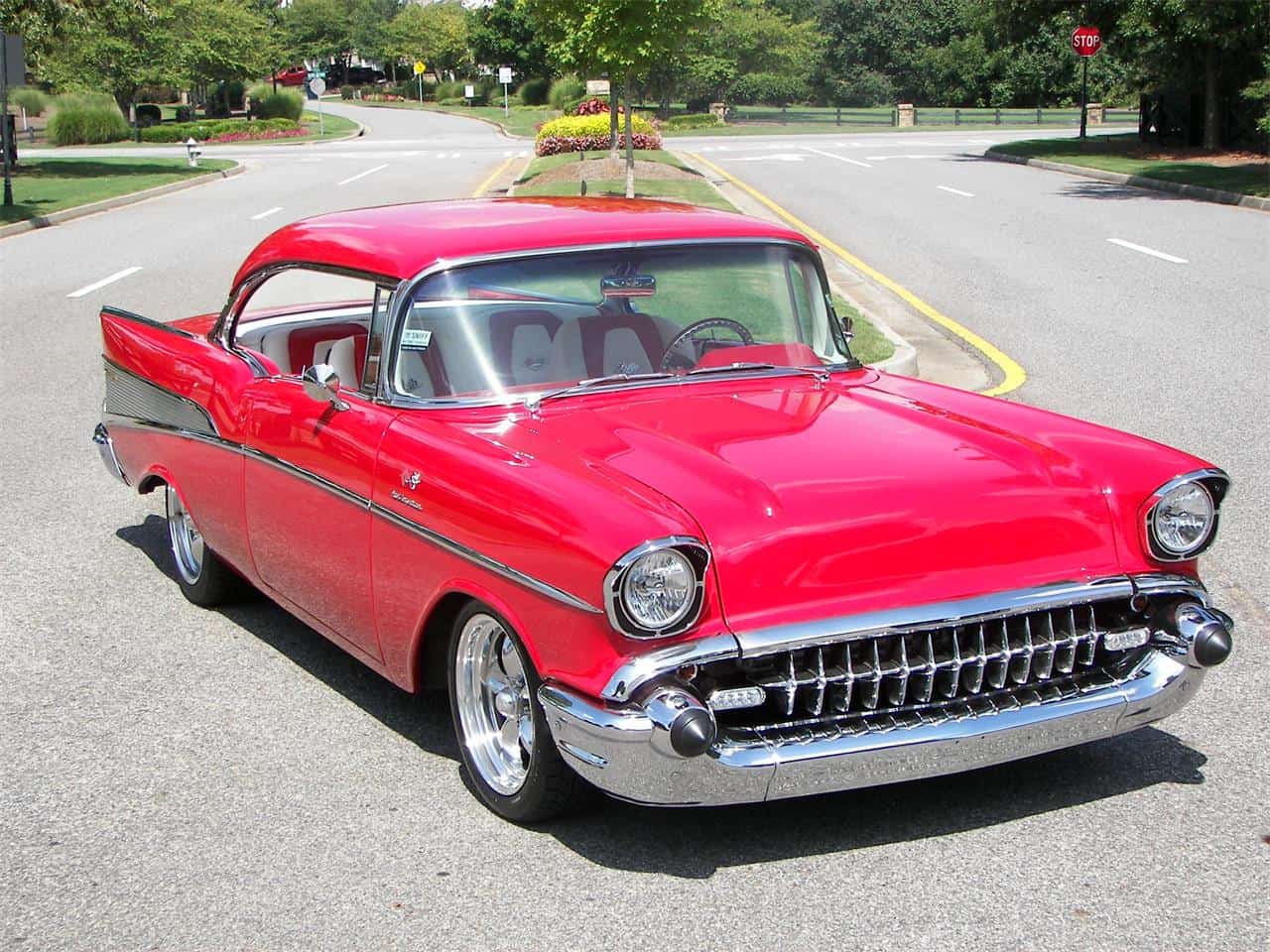 What fascinates me about the Chevrolet Bel Air, especially from the tri-five era, is not only how it became an iconic classic car but an American icon over the last 60-or-so years since it debuted as an everyday family car.

While everyone has developed their own theory of what makes them so popular today, I’d like to think it has to do with the styling. From any angle, the car just looks well-proportioned and is a mix of interesting but not over the top. The Pick of the Day, a 1957 Chevrolet Bel Air, stays true to that design but became more interesting as it combined elements of the Bel Air with the Corvette.

Offered by an Alpharetta, Georgia, dealer on ClassicCars.com, the listing says this Bel Air became a restomod approximately 10 years ago during a restoration that included setting the Bel Air body on a C4 Corvette chassis, and utilizing the C4’s fully independent suspension. The modern platform allows for power steering and four-wheel disk brakes to control the 404 cubic inch stroked LS2 engine that resides under the hood.

The listing says the current owner of the hardtop took the car to Vengeance Racing, LS engine experts local to the area, and told them to “build a motor that would pin him back in his seat when he wanted but that would also be tame enough to be driven long distance when desired.”

As a result, the LS2 housed in the Bel Air puts out 460 horsepower on the Dyno. The V8 is mated to an FLT Level V 4L60E automatic transmission that puts power to the wheels through a C4 Corvette Rear differential. Other modifications include cold air intake, an aluminum radiator, custom valve covers and chrome accessories.

A unique feature on this car is the exhaust set up. The driver can push a button placed within the console to allow the exhaust to flow either through the custom ceramic headers connected to the X-pipe dual Magnaflow exhaust or else through electronic cut outs beneath the car.

The listing says the Bel Air is seen in Matador Red and while still retaining the classic hardtop body lines and look. The door handles, hood and trunk emblems have all been shaved for a smooth clean look, and the front grille from a 1957 Corvette.

“Body panel fit is fantastic, very straight body lines, and overall paint quality is very impressive,” the dealer adds, although there are “just a few minor blemishes have accumulated over the 10 years since the restoration,” adding the paint shows some rock chips.

The current owner had the interior redone “locally, by a high-end custom interior professional” with comfort and styling as the goal, the listing says. The upholstery features a red and white theme throughout and uses power bucket seats from a late-model Pontiac GTO, which the seller says, better accommodate larger drivers than the original seats did. The rear seat is also from a GTO and the door panels were customized to match the materials used on the seats.

Behind the wheel, drivers read white-faced gauges from Classic Instruments set in a custom billet dash panel that was made to match the billet steering wheel. Other interior highlights include a Kenwood touch screen entertainment system, seat belts for front and rear passengers, and a Vintage Air air conditioning system.