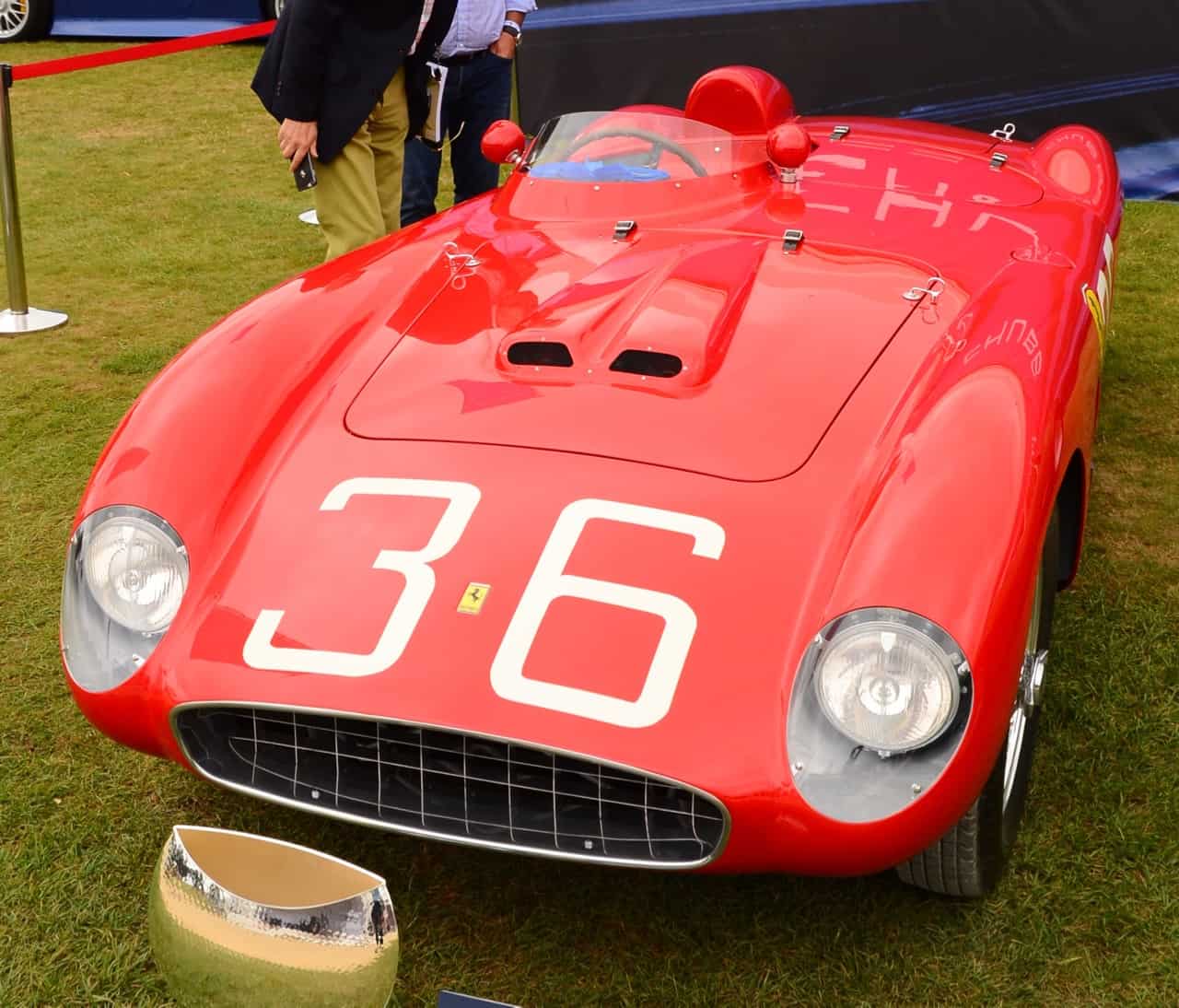 A 1956 Ferrari 500 Testa Rossa, restored after being found in a barn in Iowa, was awarded Best of Show honors at the Chubb Insurance Concours d’Elegance that was part of the recent Salon Privé at Blenheim Palace in England.

The 11th annual three-day luxury supercar show and concours drew 12,000 people to the palace, organizers said, adding that more than 200 cars from 76 marques were showcased.

Five-time Le Mans winner Derek Bell led the judging panel at the concours, which included 76 entries. The winning TR, which also was best in class in the “Racing Improves the Breed” category, was owned by Bruce Lavachek and David Cottingham.

“There are cars that just impress from the start, and this year the 1956 Ferrari 500 Testa Rossa wowed the judges,” concours chairman Andrew Bagley said in a news release.  “Never having been seen before at a worldwide concours, it was a sight to behold for any concours connoisseur.

“A Testa Rossa being a rare model in itself, this car ticked all the boxes for the judges in terms of attention to detail of the restoration, provenance and racing pedigree, making it the clear, outright winner.”

Bagley said Lavachek had spent 40 years locating the car and bringing it back to its original form with Cottingham, who heads DK Engineering.

“The car had languished in a barn in Iowa and had been forgotten about since its last race in 1960,” Bagley said. “To have the car presented at a world-renowned Concours, let alone win the ultimate Best of Show, is a dream that Bruce never considered could be achieved in his lifetime.”