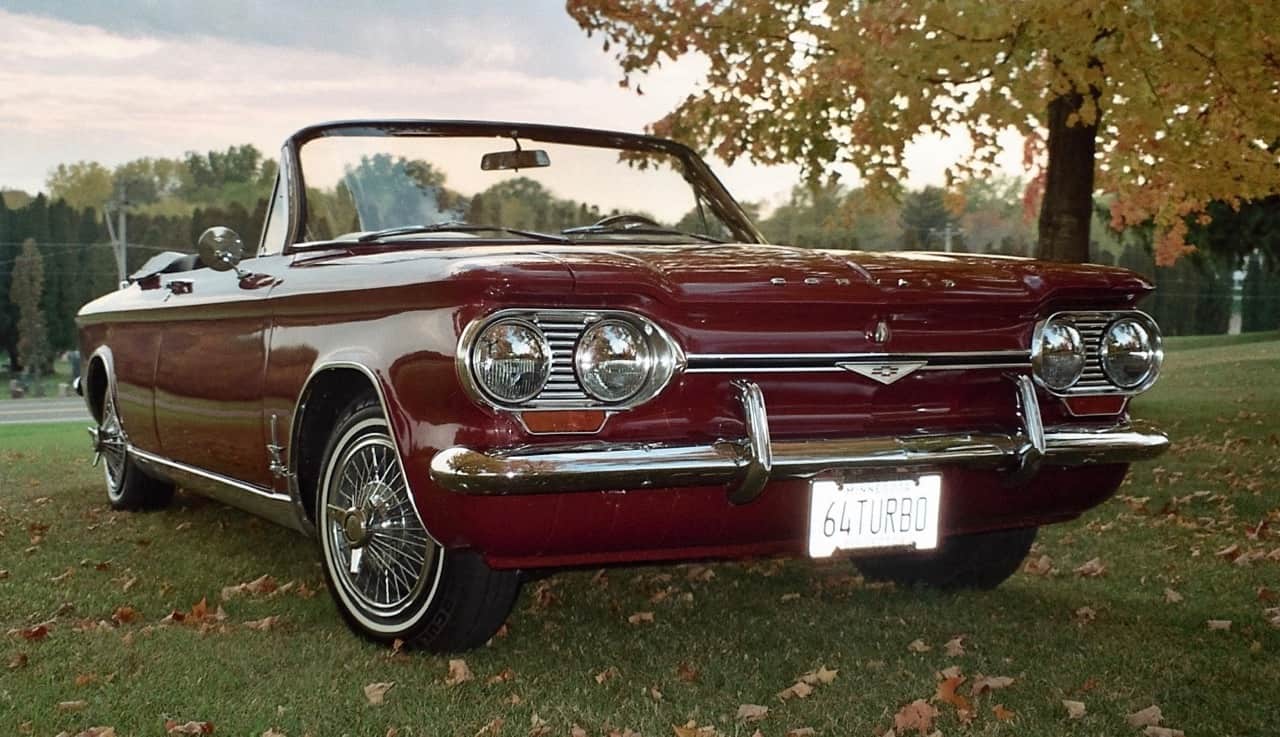 After college, I obtained my first teaching position and, being single at that time, I traded in my 10-year-old junker for my first new car, a 1964 Corvair Spyder coupe. In the six years of driving the Corvair through the harsh Minnesota winters, it performed flawlessly in every aspect.

Also, most impressively for that era, the Spyder with its turbo, 4-speed transmission, and independent all wheel suspension was an absolute blast to drive. 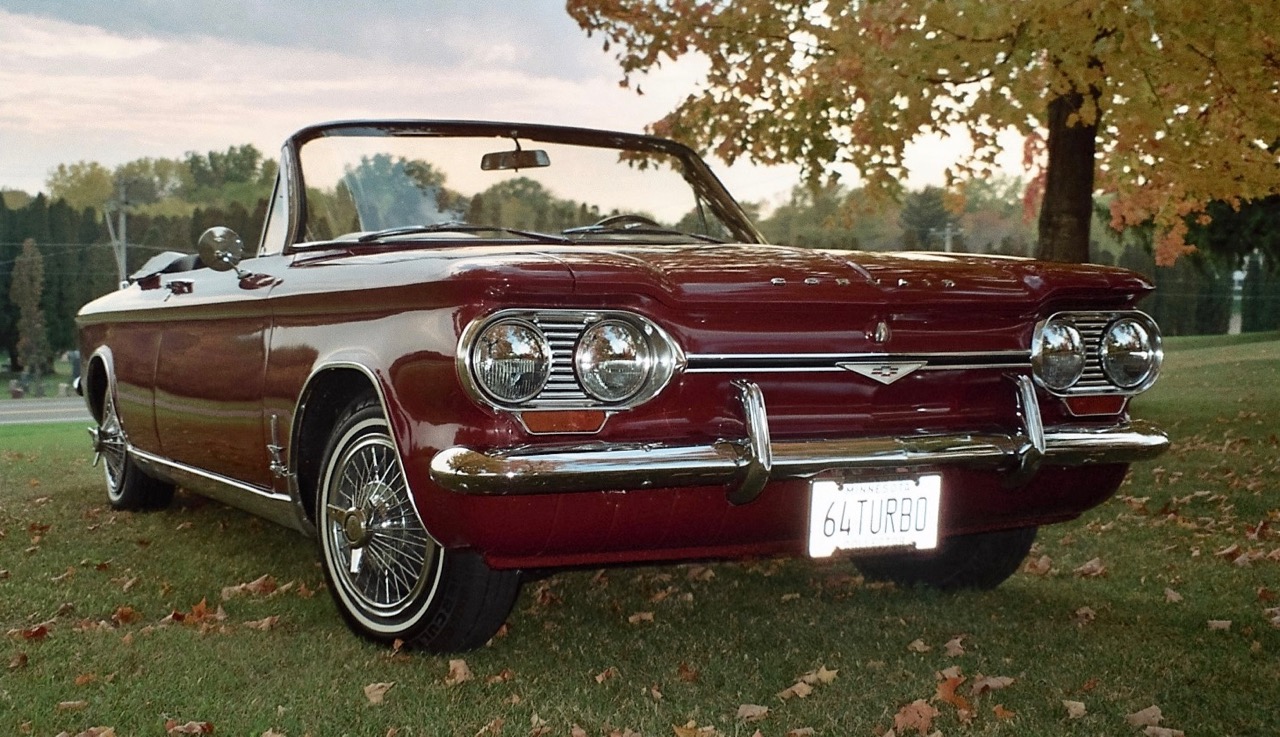 However, as with most individuals, due to life-changing needs or events as marriage and children, cars are traded in or sold.

In 1970, I began a lifelong hobby of working on collector cars, mainly those from my era, the ‘50s. In 2006, while looking for another project car on the internet, I came across an estate sale out of Ohio offering a one-owner 1964 Corvair Spyder convertible with 57,000 actual miles. What really caught my eye was the fact that it was the same color, with the same options as my original coupe! I called the number and within five minutes had purchased the vehicle.

Every component of this Corvair Spyder is original except for the battery, tires and a new top.

The many of hours tinkering on the interior, engine and body, bringing it back to the day it was driven off the Willow Run Factory line in February of 1964, comes back to me a hundred fold from the heart warming comments of individuals at car shows.

However, and most importantly, when pleasure driving the Corvair down the highway and byways, it is the nostalgia from over 50 years ago that truly floods my being.