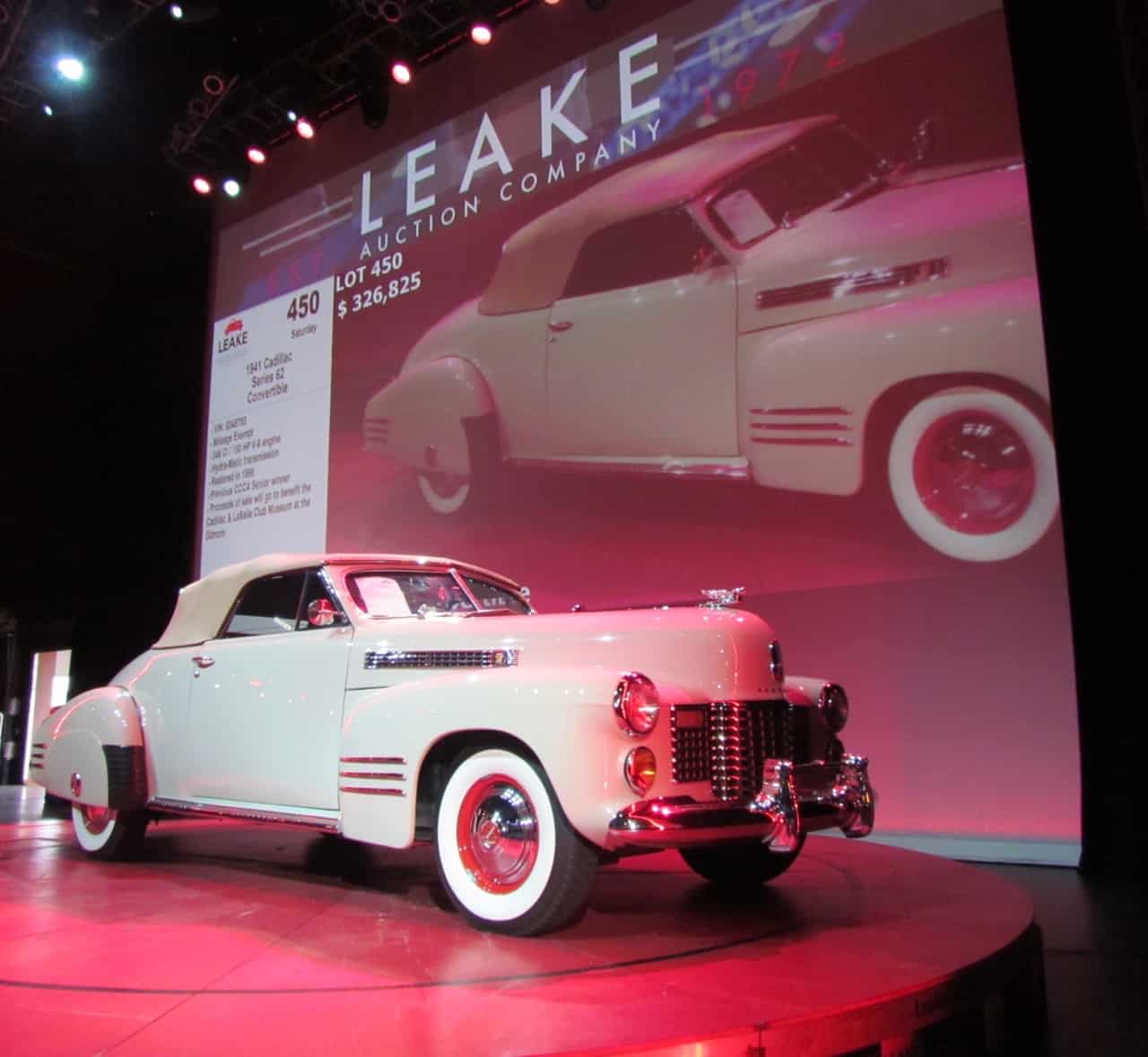 Transport trucks still were arriving Thursday as I worked my way around the garage where the cars are being kept in anticipation of Leake Auction Company’s inaugural Motor City collector car sale. So I got to see only a fraction of the 300 or so cars that roll up onto the turntable at the MotorCity casino hotel Friday and Saturday in an auction being staged with sponsorship from Penske Corporation, which is sort of like the official seal of approval here in the renaissance city these days.

So while some of the star cars were yet to arrive, I saw enough to select more than half a dozen that I’d bid on could I afford it and had a place for them should my bid be the biggest by the time the auctioneer drops the hammer and announces the car “Sold!”

Oh, and while I’ve whittled my preliminary choices down to eight, there are two that are my favorites (so far): That 1955 GMC Suburban Carryall Custom with the LS1 under its hood looks like the perfect vehicle for a road trip with the grandchildren and I so want to drive that retro-looking Revolution mini-roadster by the Vintage Kart Company. Of course, I’d have to fight the grandkids to get my turn behind the wheel.