Driven (at last to the drive-in theater): 1960 Cadillac Eldorado 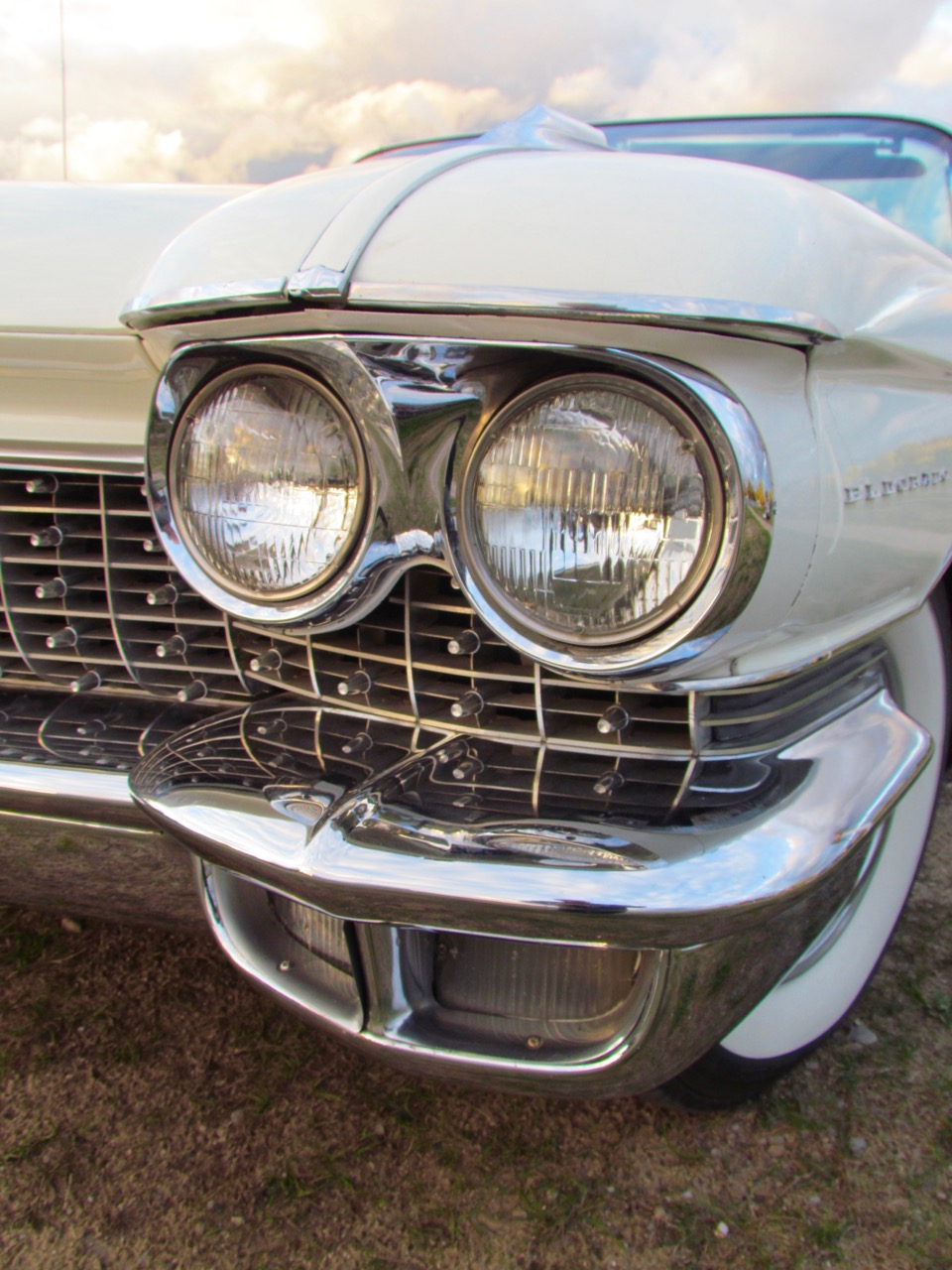 The plan seemed simple enough: Let’s take old cars to the drive-in movie some night, just like back in the day when the cars were new. Little did we know that it would take three years to get there.

But last week, on Wednesday night, we did, indeed, drive from Traverse City, Michigan, about 25 miles down the Honor Highway to watch a movie from the seats of a couple of classic cars at the Cherry Bowl Drive-In Theatre: Northern Michigan’s Only Drive-In Theater.

Oh, and we watched that movie, The Secret Life of Pets, as it was illuminated by the theater’s new digital projector. It was that digital projector, or the lack thereof, that launched this plan in the first place.

Once upon a time, movies were delivered to theaters — whether walk-in or drive-in — on large, heavy spools of 35mm film But a few years ago, Hollywood went all digital, which meant that theaters would need a modern and very expensive — like around $80K expensive — digital projector, plus all the heating and cooling equipment to keep its quartet of internal computers functioning.

Drive-in movies were once a mainstay of American family, as well as car and romantic culture, but with movies on cable television and the spread of “home” theaters, plus increasingly busy lifestyles and watching movies on portable devices, many drive-ins closed, and many that remained struggled just to survive from year to year. The prospect of finding tens of thousands of dollars for a new projector was more than many could endure.

Fortunately, just as in those old-time westerns, someone rode to the rescue. In this case, it was American Honda.

“Cars and drive-in theaters go hand-in-hand, and it’s our mission to save this decades-old slice of Americana that holds such nostalgia for so many of us,” Alicia Jones, manager of Honda and Acura social marketing for American Honda Motor Co., said as the company launched Project Drive-In.

The project promised to pay for five of the new digital projectors and to let drive-in movie fans vote via the internet to determine which theaters would receive them. As it turned out, Honda upped its ante and fans chipped in additional funds and nearly a dozen of those projectors were provided, including one for the last drive-in in northern Michigan.

I was talking about Honda’s Project Drive-In with Hagerty’s Jonathan Klinger and Tabetha Hammer when we agreed it would be fun to do an evening’s road trip from the Hagerty garage to view a movie at the Cherry Bowl. But life and work kept interfering — until a few months ago when we each blocked off two days on our calendars and committed to be ready to go whichever of those days promised the best weather.

As it turned out, our trip to the Cherry Bowl last week coincided with a cruise-out from Hagerty’s offices of about a dozen staffers who own interesting if not truly collectible cars for a meet-up at Don’s Drive In restaurant on the East Arm of Grand Traverse Bay for dinner.

As the guest who arrived in his own late-model pickup truck, I got to pick a car from the Hagerty fleet to use for the evening. My choice was a 1960 Cadillac Eldorado convertible, a big, finned vehicle only slightly smaller than an aircraft carrier, yet still large enough that some refer to it as “Moby.”

Also cruising to dinner were a couple of Corvettes, a beloved but belated late-model Pontiac GTO, a Shelby Mustang Cobra, an Acura NS-X, a vintage Chevy pickup, a heavily patinaed Chevrolet van, a Triumph Spitfire Mk3, a first-year Mazda Miata and a recently acquired Infiniti M30 convertible, purchased by a still grinning young Hagerty staffer who had been looking for a Nissan 240SX but was thrilled to find a rear-drive M30 that was born the same month and year as she was.

A 1962 Ford Thunderbird met us at the restaurant and Tabetha and her husband, Adam, had to miss dinner so she could practice with the Hagerty 8-oar women’s rowing team, so they drove Adam’s 1966 Mustang directly to the Cherry Bowl.

Klinger rode shotgun in the ’60 Cadillac and navigated the route so I could focus on a nostalgic drive. I’d learned to drive on my parents’ huge, nine-passenger 1960 Chevrolet station wagon, and driving the big Caddy reminded me in many ways of that experience. Well, except that the Caddy’s top was down and instead of three on the tree it had an automatic gearbox and power brakes and power windows — including the vent windows! — and a steering wheel that was larger and thinner than any I recall ever maneuvering.

The Caddy also had factory air conditioning, something my parents didn’t have in any of their cars until after I’d left for college.

You may notice a trailer hitch-receiver in the photos of the car. That’s because the Cadillac has been in the Hagerty family fleet for many years and still is used to pull a classic wooden boat in local parades with various Hagerty children riding in the boat and throwing candy to those along the parade route.

But the Cadillac is no mere parade float. The big car was a joy to drive, its V8 eager to cruise at 60 or more miles per hour and the car itself much more dexterous than a similar-sized boat. And while we floated down the road in calm and confident comfort, the ride wasn’t at all wallowy. No worries about getting seasick, though the car did feel ready for a cross-country vacation.

Vacation road trip! Wow. That sounds like a blast. But based on how long it took us just to get to the drive-in movie theater, I fear Jonathan and Tabetha might be as old as the 56-year-old Cadillac before we could clear our calendars.