DB4 Series 1 (or parts of one) tops Bonhams’ Beaulieu auction 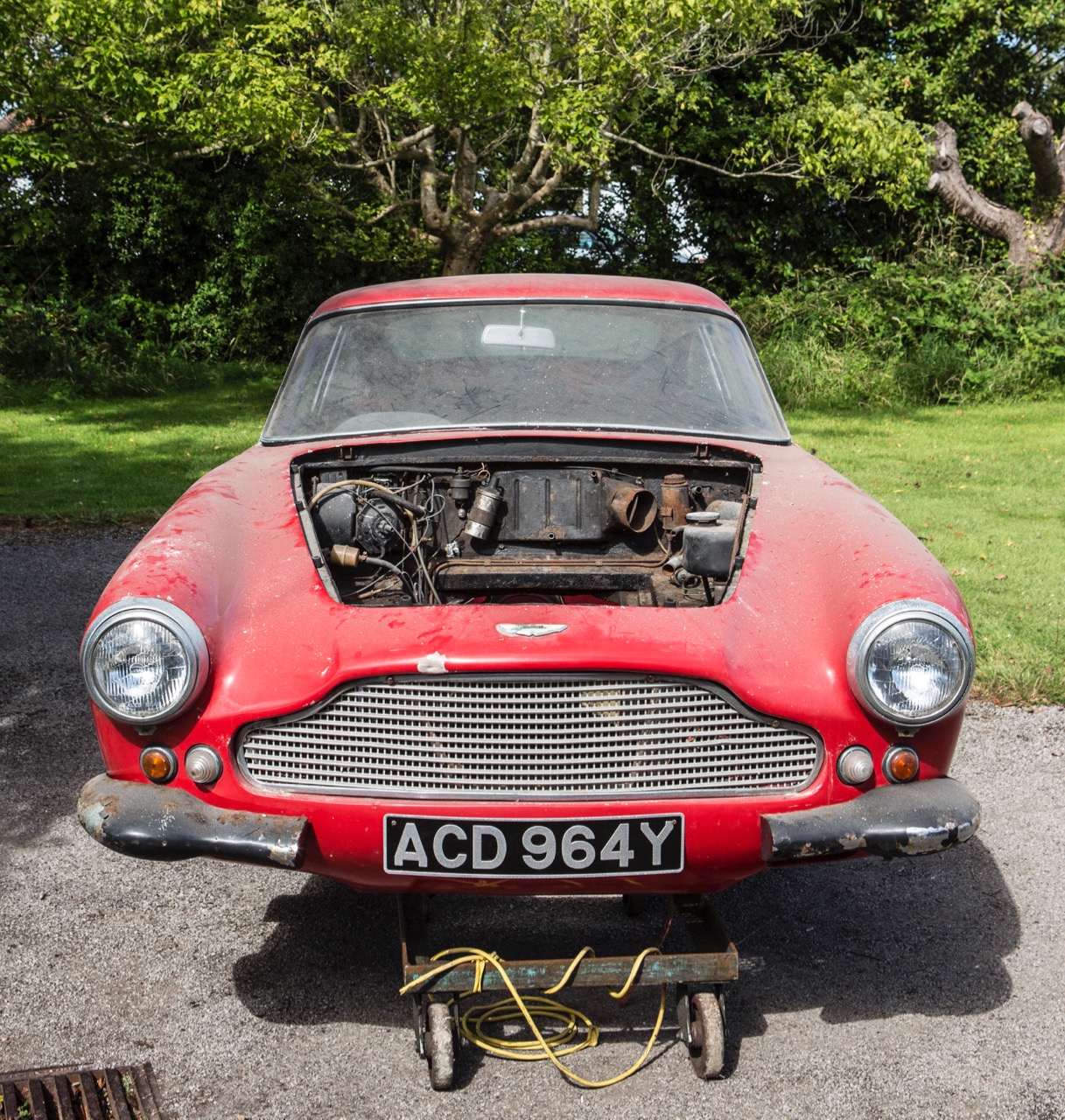 Restoration project starts with $270,887 purchase price for what remains of this 1959 Aston Martin DB4| Bonhams photos

Even without front wheels and after being in storage for some 30 years, a 1959 Aston Martin DB4 Series 1 sports car drew substantial bids at Bonhams’ Beaulieu Sale, an auction held last weekend in conjunction with the British National Motor Museum’s 50th annual Autojumble (Autojumble is British for swap meet).

Car was repainted, repowered before going into storage

“This rare Series I DB4, the 78th of 149 built, was the perfect barn find Aston Martin for our Beaulieu sale, and deserved to take top estimate,” Tim Schofield, head of Bonhams British Motoring Department, said in a news release.“Over the years it had fallen into disrepair but, once restored, we expect it to have been a worthwhile project.”

The car originally was Elusive Blue with red Connolly hide interior and was purchased by a Mr. B. Carlaw of Glasgow, Scotland. At some point before being acquired in 1983 by Denton Gilbert, the original engine was replaced by a Jaguar powerplant, according to Bonhams’ catalog. In 1985, Ian Moss obtained the car and put a replacement DB4 engine into the car. Moss sold the car a year later to the auction consignor who started a restoration project before moving overseas for work and putting the car into storage.

The only car selling for more than the Aston was a 1953 Mercedes-Benz 300 S coupe originally owned by King Hussein of Jordan, owned by only two other people since then, and presented in immaculate condition. The car sold for $309,392 (including buyer’s premium).

Overall, the auction posted $4.14 million in sales with an 84 percent sell-through rate of more than 400 lots including cars, motorcycles and automobilia.

Bonhams next motoring sale is September 10 at the Goodwood Revival.