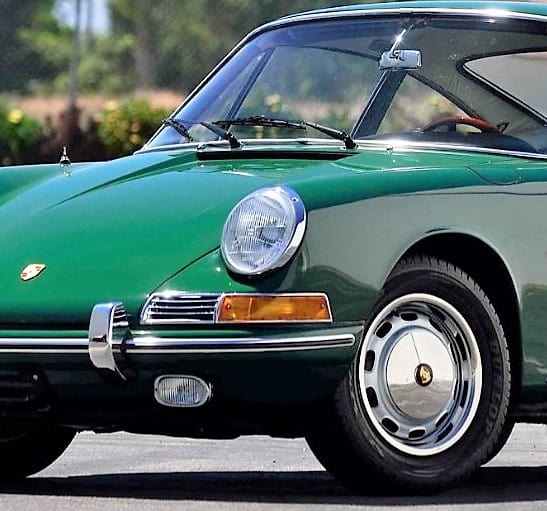 For the first time, Porsches surged into the lead as the most prevalent brand seen at the collector car auctions this year during Monterey Car Week, upending the usual dominance of Chevrolet, according to the latest graph from Hagerty collector car insurance and valuation.

There were around 170 Porsches – primarily 911s – offered at the five major auctions, including about 90 Porsches at Mecum’s big sale, eclipsing the numbers for the other leading collector car brands, including Ford and Ferrari.

“The annual Monterey auctions have always had a heavy concentration of European cars, but observers may be surprised to learn that Ford and Chevrolet have historically remained the most prevalent makes,” according to Hagerty’s story accompanying the graph. “These cars are, after all, the most commonly collected in the U.S., even among discerning American collectors.

“We reached a tipping point this year, however, and the traditional hierarchy was upended. For the first time, neither Ford nor Chevy were the most abundant makes, with Porsche seizing that honor in 2016 largely thanks to dozens of 911s.

“Also, for the second consecutive year, Ferrari models were a more common sight than cars from Ford and were essentially as common as Chevrolets.”

The chart shows the rapid rise of Porsche numbers at the California auctions during the past eight years, and especially during the past two as 911 values have skyrocketed and more owners have been willing to offer their cars for bidding as a result. The Ferrari line also shows rising numbers, while Chevy and Ford have essentially declined.

“While people automatically associated 1960s Ferraris and more recently Porsche 911s with the Monterey Car Week auctions, this was always anecdotal,” the Hagerty story says, “Until this year.”