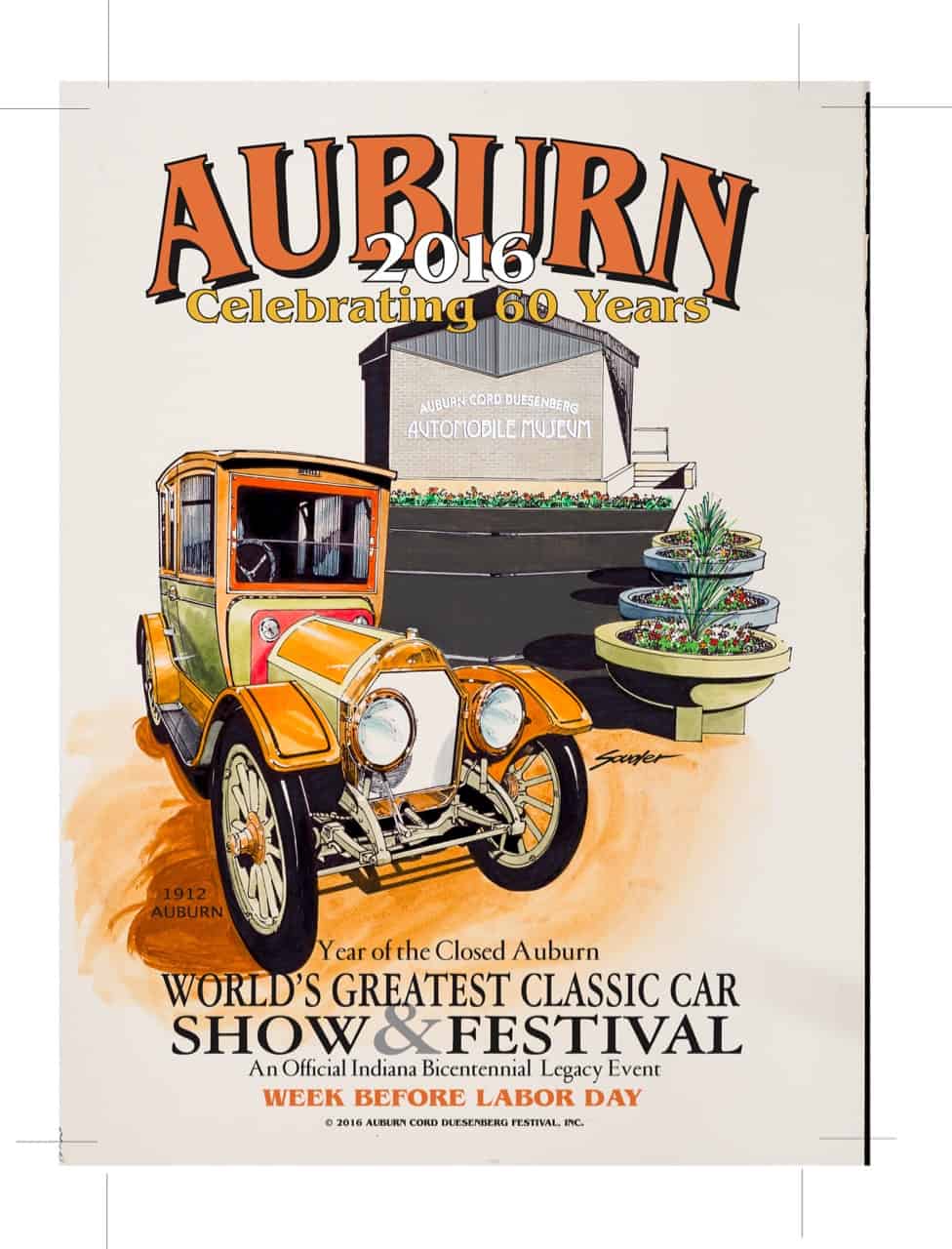 In 1956, 14 cars — aging Auburns, Cords and Duesenbergs, and not one of them having going through what we now recognize as a restoration — were driven to Auburn, Indiana, for a homecoming-style “Parade of Classics” get-together hosted by Delmar and Doris Johnson.

A few years later, and to help raise money to save the old Auburn Automobile Company headquarters building from demolition and later to turn it into a car museum, Johnson and others convinced the local Kruse farm and real estate auction company to stage a sale of classic cars.

As a result, this town in rural northeastern Indiana became a major destination for auto enthusiasts from around the world. This Labor Day weekend, the 60th annual Auburn Cord Duesenberg Festival will draw dozens upon dozens of those historic ACD-brand cars and thousands of visitors for tours, a big parade, collector car auctions and other activities.

Not only is the festival celebrating its 60th anniversary this year, but it is part of the Indiana bicentennial.

“Back in 1956, Auburn businessman Delmar Johnson welcomed back to Auburn a returning group of cars and enthusiasts who formed the ACD Club the previous year,” festival president Bill Hohler writes in the ACD Festival Guide. “These proud Auburn, Cord and Duesenberg owners wanted to bring their cars back to Auburn and Johnson had the foresight to turn this reunion into a community-wide celebration.”

In the ensuing years, the ACD Museum has achieved National Historic Landmark recognition and is joined as a year-around, auto-oriented attraction by its next-door neighbor, the National Auto & Truck Museum of the United States, which occupies the former Auburn auto company’s Service, L29/Experimental and Eckhart buildings.

And the festival’s auction tradition continues with a one-day sale by Worldwide Auctioneers and a weekend-long automotive sale and festival at the Auburn Auction Grounds by Auctions America.

The featured vehicles at the 60th ACD Festival will be “The Car of Tomorrow,” closed Auburns introduced at the 1912 Boston Auto Show. According to the festival guide, by the early 1930s such cars — sedans and broughams built to protect driver and passenger from inclement weather — accounted for 65 percent of Auburn sales.

The festival guide and poster feature a 1912/1913 Auburn Model 40 Town Car empowered by a 40-horsepower 4-cylinder engine produced in Marion, Indiana, by the Rutenber Motor Co.