The Drive Home II will start in Boston 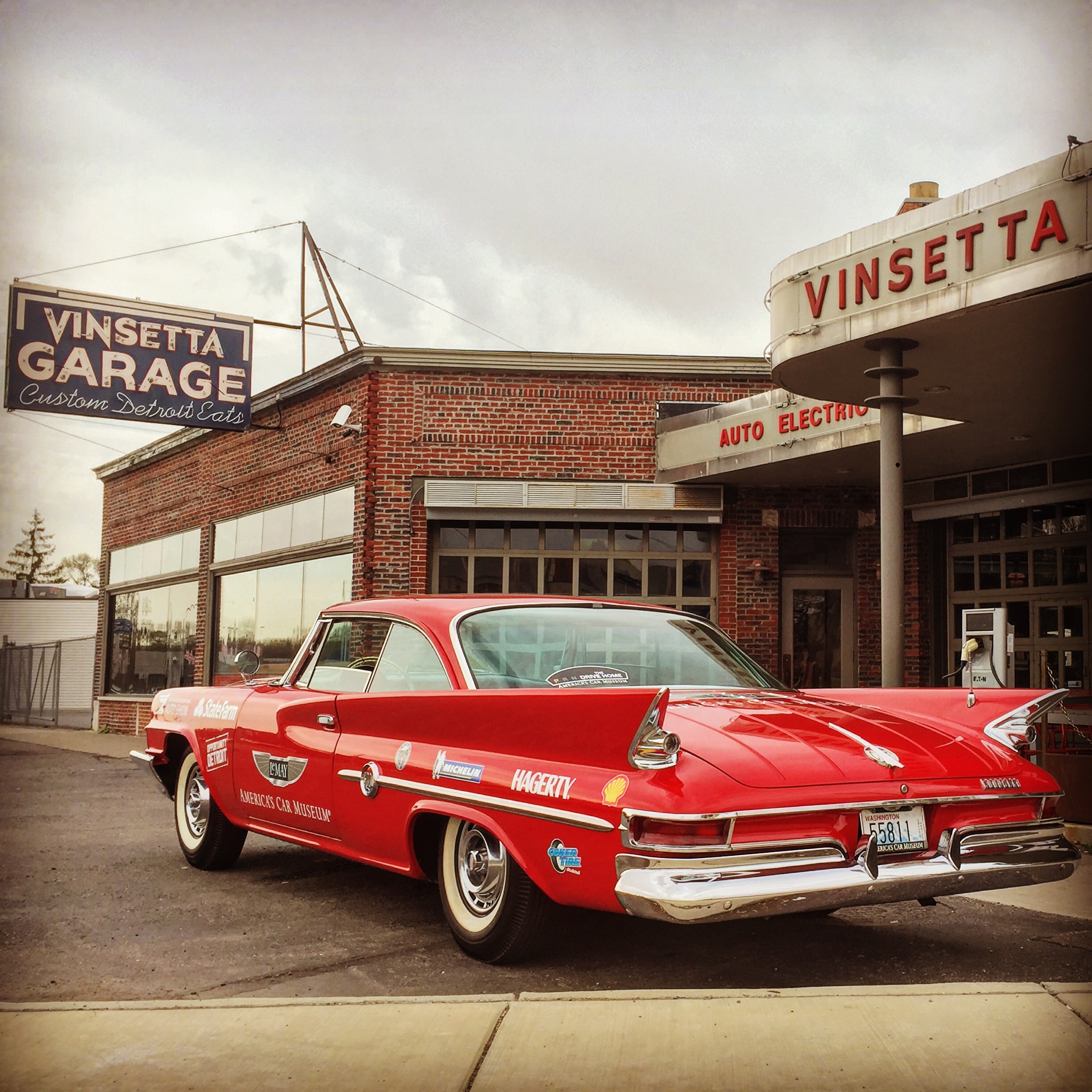 A 1957 Chevrolet Nomad, 1961 Chrysler 300G and 1966 Ford Mustang from the LeMay — America’s Car Museum in Tacoma, Washington, are set to take part in the museum’s second winter road rally, “The Drive Home: The Heritage Run.”

All three of the cars completed the first “drive home” earlier this year, which took them from the museum in Washington to Detroit. For the second journey, the cars will start in Boston and drive 2,150 miles over 11 days, from December 28 to January 7, concluding at the opening of the North American International Auto Show.

After the long journey, the three cars will cruise down Woodward Avenue and have a presence at the North American International Auto show.

Enthusiasts and car clubs can catch up with the LeMay cars at Cars and Coffee events, happy hours and get-togethers in cities along the tour, including Boston, New York, Washington D.C., Philadelphia, Pittsburgh, Indianapolis and four Michigan cities: Traverse City, Lansing, Birmingham and a big celebration in Detroit.

Running through September 9, the Simeone Automotive Museum in Philadelphia, features a motorcycle exhibit, the “Land of the Rising Sun, Mid-Century Motorcycles and Fast from the Past.” The collection has been put together to showcase competition flat-track racers, motorcycle drag racers, Japanese motorcycles from 1960-1989 and mid-century modern motorcycles that demonstrate the optimism of early postwar design.

On loan to the Auburn Cord Duesenberg Automobile Museum in Auburn, Indiana, is a vintage Sprint car built by Floyd “Pop” Dreyer, former Duesenberg employee. The car raced extensively throughout the Midwest from the 1930s until the 1950s and has been restored to its original 1938 configuration.

Three classic cars are to be featured at the Snite Museum of Art. The cars, a 1934 Auburn 1250 V12 Salon Cabriolet, a 1934 Packard 1107 Twelve Convertible Victoria with custom interior by Raymond Dietrich, and a 1938 Packard 1607–1139 Twelve Convertible Coupe, have been approved by the Classic Car Club of America, which defines a classic car as “fine or unusual motor cars which were built between and including the years 1915 to 1948.  All of these are very special cars that are distinguished by their respective fine design, high engineering standards, and superior workmanship.”

Be in the Exhibit:

The California Automobile Museum in Sacramento is currently seeking a variety of motorcycles for a new exhibit, “LIVE FREE: California Motorcycle Culture.” The loan period would start towards the end of September and run through February of 2017. The Museum is looking for the following: Harley-Davidson Servi-Car, pre-WWII Harleys and Indians, 1970s Honda Goldwing, 1950s Triumph Thunderbird, 1960s Café Racers, 1960s-70s Harley-Davidsons, 1950s-70s BMWs, Custom motorcycles such as choppers, lowriders, and ArtBikes, and 1950s-60s Speedway racers.

The museum is also looking for historic objects to be displayed with motorcycles, like vintage helmets, boots, leathers, as well as saddlebags, motorcycle club paraphernalia, related movie posters, from 1910 through 1970.

The Automotive Hall of fame is looking for display cars to replace some of the current display vehicles and also compile an ongoing list of vehicles to rotate in and out of the museum in addition to display vehicles that can be used for shows. Those interested are encouraged to contact the museum for more details.

The Kansas City Automotive Museum holds its 2016 Cruiseum Poker Run on Saturday starting at 4 p.m. Participants will cruise to five different “rally points” around the city collecting playing cards. The winner is the one with the best poker hand at the end of the cruise.

Beginning Sunday through September 5, the Auburn Cord Duesenberg Museum holds its annual Festival, made of various events, in Auburn, Indiana.

The America on Wheels museum in Pennsylvania invites all makes and models of cars to the outdoors Car Tunes event, Saturday from 11 a.m. to 3 p.m. The museum recommends guests bring beach chairs, pop-up tents, blankets, and lunch to enjoy DJ Jimbos tunes at the museum’s developing waterfront.

The National Corvette Museum celebrates its 22nd anniversary in conjunction with “R8C Museum Delivery” on September 29 through October 1. The anniversary and R8C include car shows, seminars, road tours, and the Corvette Hall of Fame Induction ceremony of Bob Bondurant, Ralph Kramer and the late Donna Mae Mims.

Lastly, the museum has opened registration for the 2016 Vets N Vettes car show, set for November 3-5, and invites veterans to visit the museum and the museum’s track to go for rides in participant’s Corvettes.

The LeMay Marymount in Tacoma, Washington, holds its 39th annual LeMay Car Show in Saturday, August 27, from 9 a.m. to 5 p.m. The show includes assortment of over 1,000 vintage vehicles with additional collections of dolls, antiques, and other memorabilia.

On October 6-7, the AACA Museum in Hershey, Pennsylvania, holds Cars and Coffee in its “secret garage” from 7:30 until 10 a.m. Donuts and coffee will be served.

This Saturday, the LeMay — America’s Car Museum in Tacoma, Washington, holds its last drive-in movie of the season Saturday on its Haub Family Field. Parking opens at 4:30, and the featured film, Jurassic World, will begin at dusk (around 9 p.m.).

The museum holds the Gatsby Gala Ball, September 3, from 7 p.m. to 11 p.m. Open to the public, 1920s attire is encouraged but not required to enjoy the event.

“Party in the Plaza” also takes place at the museum on September 3. Event admission is $30 at the museum’s Education and Exhibit Plaza from 5 to 8 p.m. and includes music, a cash bar, food, and outdoor space to show participants’ cars.

The World of Speed Museum in Wilsonville, Oregon, offers a “simulator race series” with the simulator set in “damage mode,” meaning cars will behave and sustain injury as in real driving. Participants get a practice run and qualifying run September 29, from 5:30 to 8 p.m. Drivers with top qualifying race times advance to the finals, which take place on October 27.

This weekend in Philadelphia, the Simeone Automotive Museum holds a Demo Day that pays tribute to Ford Racing with demonstrations of a 1964 Shelby Daytona Coupe, a 1966 GT40 MK II, and the 1969 Boss 429 “Rice & Holman.”