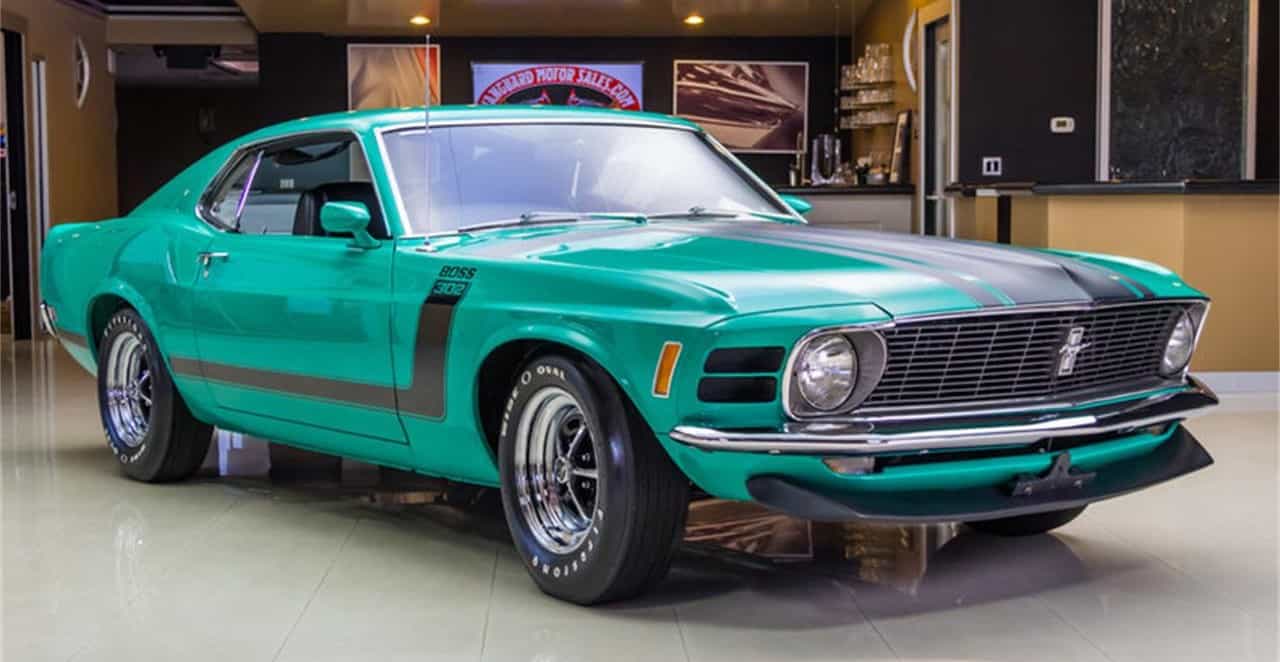 Over the past weekend, I was beyond thrilled to cover vintage racing at the Rolex Motorsports Reunion at Mazda Raceway Laguna Seca during Monterey Car Week. I quickly became infatuated with the cars racing in the 1966-1972 historic Trans-AM class, and one in particular – a Grabber Green 1970 Ford Mustang Boss 302.

I’ve seen Grabber Green Boss 302s in photos online and had always been drawn to them, but seeing the car in real life and perform in its natural habitat just did so much for me. Obsessed doesn’t even begin to cover how much I love that car and how much I love the way it sounded and how it moved around the track.

It should come as no surprise that before I even left the race track I had already been on ClassicCars.com searching for a Grabber Green Boss 302. Much to my delight, I found a gorgeous example listed by a dealer in Farmington, Michigan, for Pick of the Day.

While it’s not race ready, the Grabber Green 1970 Ford Mustang Boss 302 has been restored to its original specifications as it was ordered from the factory, and retains its numbers-matching 302 V8 engine with the proper engine heads, intake and exhaust manifolds, carburetor and air cleaner, in addition to its numbers-matching four-speed manual transmission.

According to the listing, the car has several new “correct Boss 302” parts, such as spark-plug wires, hoses and a new battery with battery cables.

The seller says the Mustang is an original Grabber Green car, though it has had one repaint. Highlights include the original bumpers and antenna still on the car, and the original sound deadening still in place. The Boss sits on new “Magnum wheels” but the original hubcaps are included. The seller notes much of the body is “solid and straight,” adding that the doors and trunk fit and are in great shape.

The listing says the interior is “mostly original” with black bucket seats, Hurst floor shifter, clear gauges and tight headliner. Furthermore, the seller says the “steering wheel is in great shape and the interior lights work.”

I would feel bad about romping around and pushing the car on the track, especially given its listed price at $88,900. But given the degrees of originality, I feel it would be fun to show the car or use it as a weekend cruiser.

The car was previously shown at the ninth annual Boca Raton Concours d’Elegance in 2015. Included in the sale of this Grabber Green Boss is the display board used at the concours as well a framed Marti Report and receipts for the engine rebuild.