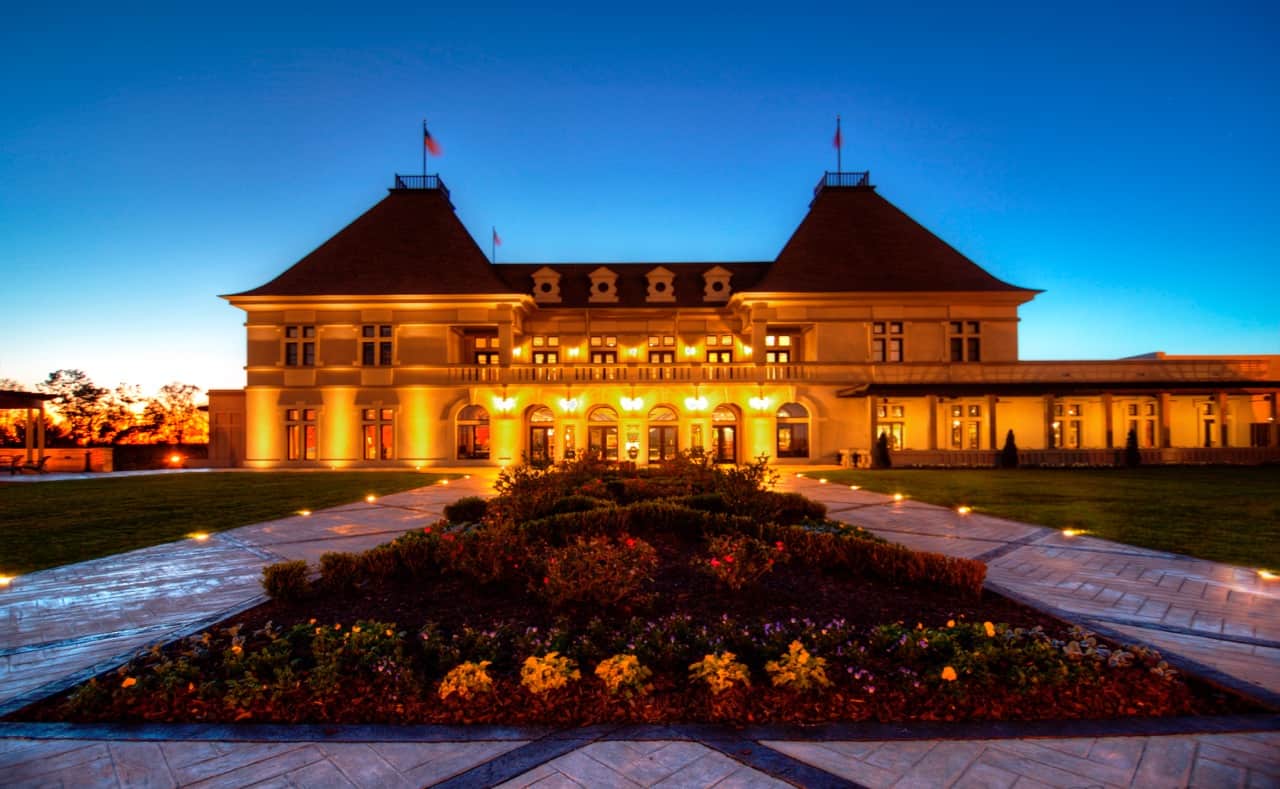 Now that we’ve survived Monterey Car Week and the Woodward Dream Cruise, is there anything left on the horizon before much of the country has to put its collector cars away for the winter?

Yes, indeed, there is plenty left to come, from the 60th annual Auburn Cord Duesenberg Festival to Leake’s inaugural Detroit auction, from The Finest’s first sale in Aspen to Barrett-Jackson’s annual show on the Vegas Strip, and from the annual Hershey swap meet to, well, to much more.

Among the “much more” is the debut of the new Atlanta Concours d’Elegance, October 8-9 at the elegant Chateau Elan, where the 18th fairway of one of the facility’s four golf courses will provide topography that will provide vistas of vehicles to delight show goers and photographers alike.

And the concours’ schedule of events figure to do the same thing as it adds new elements to the traditional cars-in-classes structure.

First off, don’t panic if you’re already planning to be in Hershey for the AACA Eastern Regional Fall Meet that weekend. It’s only a 10-hour drive after things wrap up Saturday at Hershey, though you’ll miss all the Saturday action at the concours. But then not everyone can go to Hershey, and next year the concours will move to its preferred date, which is a weekend earlier.

We’ve written before that there are too many mere car shows that call themselves concours, but the Atlanta event figures to deserve that title right out of the box. The show field will include 170 to 180 cars and organizers promise that 80 percent of them were class or best of show winners at other major events.

By the way, the organizers are co-founders Harry Krix and Bill Wallet.

Krix’s name may be familiar. He and his family have a long history in motorized vehicles. His grandfather road a motorcycle across the country in 1910. Subsequent generations continued the tradition with Harry collecting cars, doing restorations, working as crew chief for sports car racing teams and spending five years as part of the management team at Amelia Island.

While Krix is chairman, Wallet is chief operating officer. He’s been a high-tech company entrepreneur who has worked with Krix on six previous projects over the past 35 years. Wallet explained that he and Krix have talked for several years about the need for a true concours in Atlanta and now, with both of them reaching 65 years of age, “It’s now or we better stop talking about it,” Krix explained when we chatted recently at the chateau’s golf-course clubhouse.

Long-term, Krix and Wallet’s goal is for the Atlanta concours to be to the car community what the nearby Masters tournament is to golfers. Short-term, they want to have car owners and spectators feel they’ve attended a well-established event that doesn’t feel like a first-timer. One thing they promise is to provide appealing events for both the car enthusiast and what Wallet calls the “car curious.”

What that means is a variety of attractions and plenty of places to just sit in the shade when you need a break.

For the merely car curious, a dozen luxury car brands will offer ride-and-drive experiences. For those with even less curiosity, and to provide food as good as the cars on display, the concours has invited chefs from six Atlanta area restaurants each to cook three specialties, which means 18 choices for spectators. In addition, a pastry truck and ice cream truck will be onsite, Wallet added.

To make sure the chefs are on top of their games, spectators will be asked to vote throughout the weekend on which food they liked the best. The top four chefs will be invited back in 2017, when two newcomers will be added to the competition.

The event begins Saturday morning with the ride-and-drive program and a pair club-level car shows — one featuring Italian cars and the other showcasing everything else, but especially Chevrolet Corvettes and Mercedes-Benz and Porsche. Should the car count exceed expectations, the concours has access to four of the golf course’s holes.

The concours also will offer a series of half-hour technical seminars — one tent for experienced car collectors and the other covering subjects such as how to buy a collector car, for novices. There also will be a special “restoration corner” featuring not only various restoration specialists but such things as a car on a rotisserie and a trio of Jaguars — one in need of restoration, one a driver-level car and one in concours-ready condition — to help educate visitors to the differences.

Meanwhile, concours participants will do a driving tour that includes the chateau winery, a couple of laps around the Road Atlanta race track, a lunch stop in nearby Braselton and a visit to the Panoz automobile factory, where sports and racing cars are produced.

The weekend also features a Concours d’Lemons, and right on the same grounds, albeit at the golf course’s driving range (which puts it adjacent to the food trucks and chef’s competition. The concours is part of a three-day Lemons event that will include a drive on the famed Tail of the Dragon road on the Tennessee-North Carolina border north of Atlanta.

Saturday night, Chateau Elan founder and racing entrepreneur Don Panoz will be honored at a 600-person dinner in the chateau’s largest ballroom. The event, like the concours itself, will benefit The Alzheimer’s Association and will include a reverse raffle.

Another venue was being explored for the concours but the plan all along was to honor Panoz for his contributions. At a meeting with Panos , Wallet and Krix mentioned they were having issues getting a final contract for the other facility when Panos picked up his phone, made a call and — voila! —- the concours had its home course.

When the subject turned to the gala and raffle, in which not the first but the last ticket drawn wins the top prize, Panos suggested that prize be something very special and offered up a one-off version of one of the Panoz sports cars, a vehicle worth some $250,000.

At the concours on Sunday, in addition to the typical judged classes, there will be a special “barn find” display and several private collectors will be featured, including Thomas Flyers from the late Harold C0ker’s collection, five cars from Ron Green’s collection, the Hudson built for Enrico Caruso and other vehicles from the Elliott Museum, cars from the Lane Motor Museum and several Chevrolets from the Collier Collection.

Except the Collier in this case isn’t Miles Collier, the well-known car collector and founder of the Revs Institute at Stanford, but Jim Collier, a 79-year-old Atlanta resident and son of sharecroppers who has assembled a collection of Chevrolets dating to early years of the brand.

And that’s just for this inaugural year. Plans are already progressing for 2017, when the concours will be staged the weekend before the Petite Le Mans road races at Road America, and with an additional day of activities, including a collector car auction.