The Corkscrew at Laguna Seca 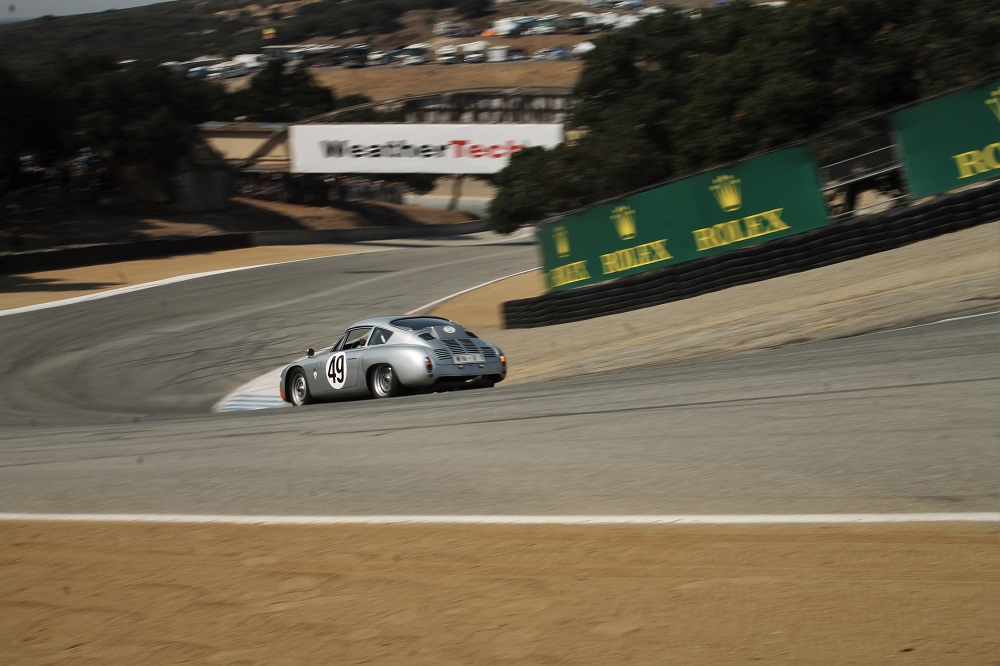 Essentially a racetrack is just a series of straightaways connecting a variety of turns -– and usually located well out town in the middle of nowhere. But with any track, it’s the memories made over time that make it special.

Drivers drop 5 1/2 stories by the mid-point

This week, Classic Car News is at Mazda Raceway Laguna Seca for the Rolex Motorsports Reunion as part of Monterey Car Week.

Laguna Seca was built in 1957 on the inland portion of the Monterey Peninsula in northern California, on the site of the former Fort Ord military base. The most famous — and memorable  — of its turns technically are 8 and A8, but more commonly are known simply as The Corkscrew.

Many of the cars and drivers racing this weekend in the Rolex Motorsports Reunion at Mazda Raceway Laguna Seca are well experienced with the turn, which is one of 11 on the hilly 2.238-mile circuit.

The iconic hard-left, hard-right Corkscrew combination has claimed human life as well as given glory to seemingly fearless drivers.

Interestingly enough, the corkscrew wasn’t planned, it was the product of necessity. Laguna Seca was built on a hillside and follows the natural elevation of the area. When construction crews began development, they realized they could not continue the high straightway with the steep ridge so close, so they decided the track should go left, then right and on down the ridge.

The Corkscrew has been described by drivers as “dropping off the edge of the world” with nearly 60 feet of elevation change. That’s equivalent to nearly a six-story plunge over the course of only 450 feet of pavement.

Add in Turn 9 and the drop is more than 10 stories.

Aside from the technical aspects of the Corkscrew, it’s also known for “the pass” — an unprecedented and unforgettable move by Alex Zanardi when he passed Bryan Herta on the last lap of the 1996 Indy car race. Similarly, in 2008 at the Red Bull U.S. (motorcycle) Grand Prix, Valentino Rossi overtook Casey Stoner in the Corkscrew to win.