Preserving the past: Blain Foundation cars racing at Laguna Seca 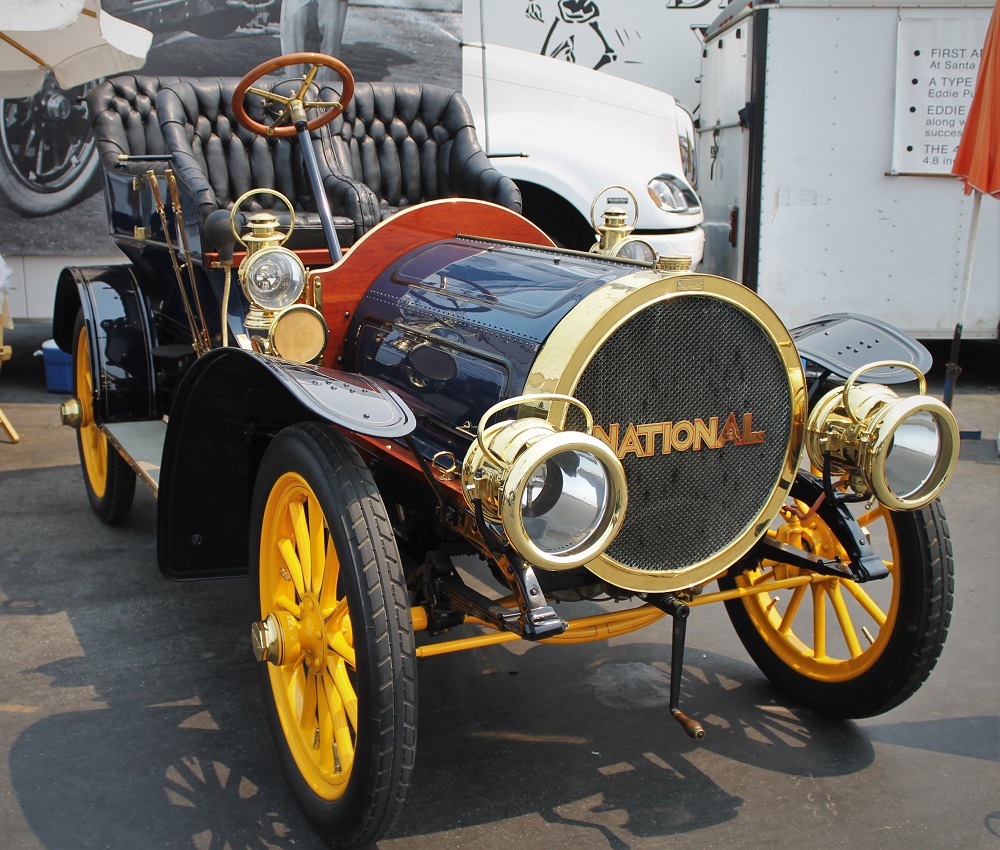 As the largest event during Monterey Car Week, the Rolex Monterey Motorsports Reunion is a museum in motion with 550 authentic, period correct cars with varying degrees of racing provenance competing at Mazda Raceway Laguna Seca in California.

There are classes for Can-Am cars and Trans-Am cars and other classes, including a pre-1940 class for sports and touring cars. Competing in that later division are cars from the Blain Motorsports Foundation.

Established to preserve motorsports heritage, the foundation has developed into a collection of road racing cars that have had an impact on regional communities or that feature technological advancements  important to the history and evolution of motorsports.

“We continue to search for cars that have been lost and we restore them back to their original condition to share their contribution to motorsports history” said Brian Blain, the foundation’s founding director. “These cars are part of our heritage, and we consider our role as that of caretakers for these pieces of motorsports history.”

The premise behind the foundation stems from the passing of a family friend. Blain says a trunk was left that was full of memories and keepsakes he and his family had known nothing about –- victory in the first Visalia Road Race in 1912 as well as other mementos from early races across California.

In the process of learning more about the heritage of Visalia and the 1912 race that brought 40,000 spectators to the town, Blain learned of other California communities that had evolved around racing cars prior to World War 1, and few of them were aware of their motorsports heritage.

The foundation works to restore the cars to the condition they were in when originally raced, and then are raced all around the world to help share their motorsports heritage.

The oldest car competing from the Blain Motorsports Foundation is a 1905 Model C produced by the National Motor Vehicle Company. National produced cars from 1900 to 1924. The company was founded by Charles E. Test, who acted as president until 1906 when Arthur Newby, one of the founders of the Indianapolis Motor Speedway, became the company president and phased out the electric motors in favor of petrol engines.

The 1905 Model C is the only surviving 1905 National and the oldest known to exist. The 1905 Model C set a world record, traveling 1,094 miles during a 24-hour endurance run. The average speed was 52 miles per hour and the attempt was driven by W.F. Clemens and Charlie Merz.

Merz went on to drive one of the three team cars produced by National to compete in the 1911 Indy 500 where Merz and the 1911 National Indy 500 stock car finished in seventh place.

At the time, the “stock car” used in the race had shortened frames, high gearing and a highly modified engine.

Shortly after, the car became the “Cody Special” as it was shortened again and bodywork was narrowed for its participation in the 1916 Santa Monica Road Races where it was driven by Bill Cody, a movie stunt man. By 1918 the car was no longer competitive in any of the top racing series so it was passed along to one of the “Speedreettes” in the first women’s professional racing series.

The car was rediscovered in the early 1950s in Northern California and made its way to Indiana, where it was modified into a touring car. Its heritage was known by few and was restored in 2011 to appear as it did after the 1911 Indy race for the centennial celebration of the Indy 500.

Also competing this weekend is a 1911 National Speedway Roadster. The car is owned and driven by Charles D. Test, the great-grandson of National’s founder and first company president.

The “Speedway Roadster” was a limited edition made to replicate the racing cars as much as possible, but available to the every-day person.

Other cars from the foundation competing include a 1916 National that is one of four survivors known to exist and was found disassembled in a field in 1992. The car endured an eight-year restoration based off detailed photos and drawings, and has been raced regularly since completion. In addition to the 1916 National, a 1916 Sturtevant Romano Special is competing.

The Sturtevant name is most recognized for being the world’s largest industrial fan manufacturer. During World War I, Sturtevant dedicated resources to develop military aircraft, which led to some of the first supercharged engines in the world. When the war concluded, Sturtevant had a surplus of engines which made their way into boats, planes, and cars.

Designer and engineer Eugene Romano used some of the surplus engines to develop aircraft engine-powered race cars, the most famous of which won the first Pikes Peak Hill Climb in 1916.

For this car, Romano used a 1916 Auburn chassis and modified it with a subframe that only fits a Sturtevant aircraft engine. Today, only five Sturtevant engines are known to exist, three of which are in museums.

While purpose built for racing, the only record of the car competing was a third place finish at Hastings Park in Vancouver, Canada in 1925 at the hands of Fred Hirsch. Furthermore, no photos of the car have ever been found.