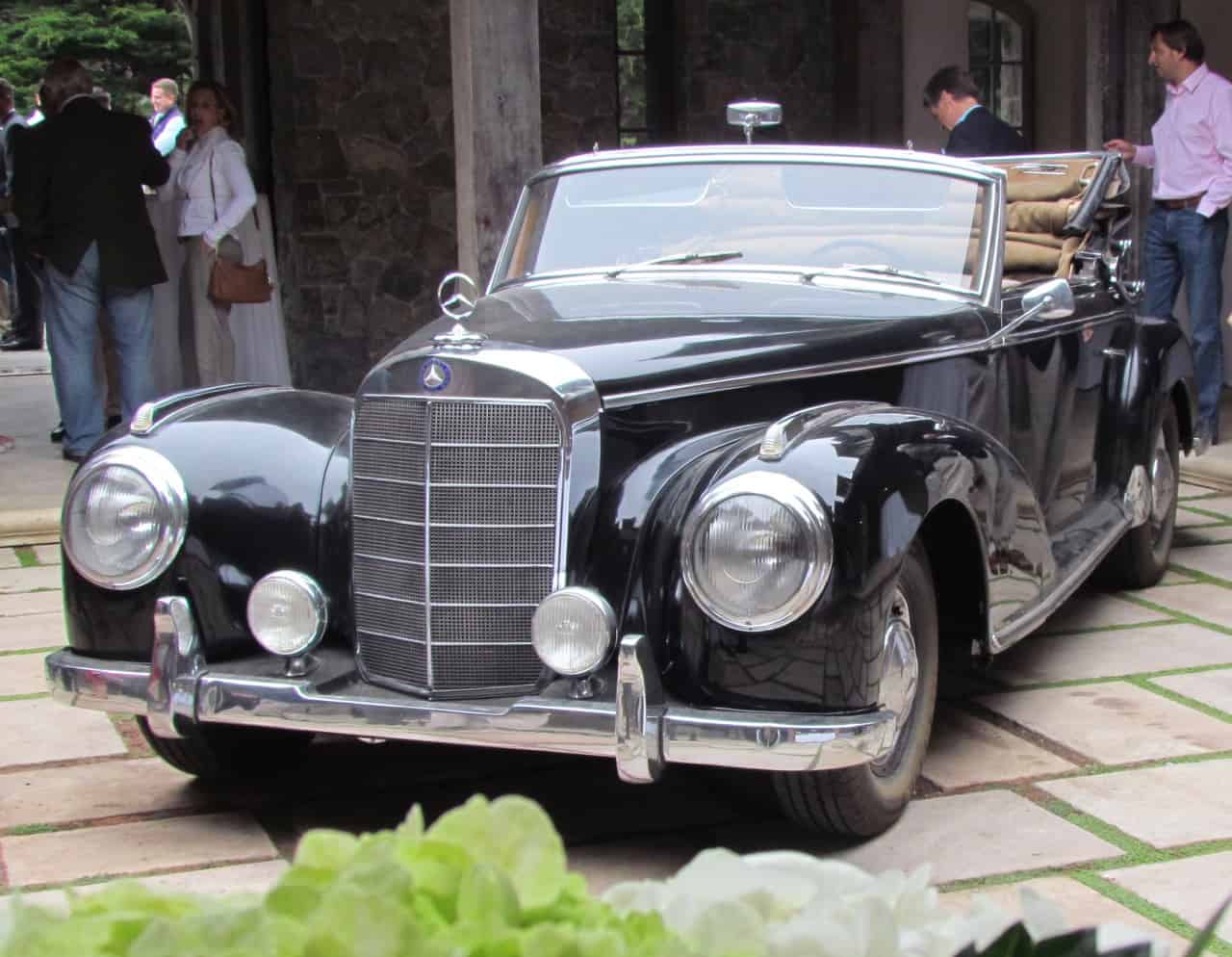 Folks involved with McPherson College’s automotive restoration program unveiled a vehicle Saturday they hope students will have restored so well that the 1953 Mercedes-Benz 300S convertible will be invited to be judged on the 18th fairway at the Pebble Beach Concours d’Elegance come 2023.

You read that number correctly — 2023 — as in seven years from now.

Such a restoration could be completed in around 18 to 24 months if it were being done by a restoration specialist such as Paul Russell and Company, which was responsible for the craftmanship that propelled a 1928 Mercedes 6805 Saoutchik Torpedo to best of show honors at Pebble Beach in 2012.

Crew chief for that winning effort was a McPherson graduate, Chris Hammond.

Except it won’t be Russell and Hammond and their team putting in some 4,000 hours doing this car, but college students working under their McPherson instructors in 10-week semester blocks before handing the car off to the next class of students, who will work and then turn the car over to yet another group of students, etc., until the restoration is complete.

It was right after that 2012 concours that McPherson officials and their automotive restoration advisory board, a group chaired by Russell, pondered a way to elevate what already was the country’s only four-year degree program in auto restoration. The mission was to establish a true “center of excellence for students who were serious about automotive restoration,” said McPherson vice president Amanda Gutierrez.

To give focus to the mission, a vision was established: to purchase and restore a car that would qualify for Pebble Beach 2023.

“But it’s not just about a show car and prestige of putting something on the lawn at Pebble Beach,” Russell said as the 300S was unveiled Saturday morning at Cypress Point. “It’s really an object to provide the teachable moments and skills, the craftsmanship.

“But it goes much further,” he continued, “to develop students to go out into the industry with communication skills and an ability to budget and to commit to a time line and goal-setting.

Before the restoration could begin, money had to be secured and a car found — and purchased — and not just any car but one that would fit within the program’s goals. For example, it was decided that restoration of a post-war car would be more manageable. There were leads on a couple of cars that for various reasons didn’t work out, and then Russell was contacted by Richard Hoteman, a Ph.D. engineer and college professor who also restored cars in a three-story barn in Pennsylvania.

Hoteman was facing the end of his life and a deal was struck for his 300S and its original engine. What about the spare parts, Hoteman’s wife and soon-to-be widow, Mary, asked him, after which he added fenders, spare transmission and engine, gauges, brake parts and other Mercedes pieces that he had collected over the course of 40 years.

Mercedes-Benz Classic found the car’s original data sheet. It was delivered to a customer in England and Hoteman probably was the second owner. It has 35,000 miles on its odometer, has been repainted once, had the outer skin of its convertible top replaced once, and still has its original interior.

But, added McPherson president Michael Schneider, “It’s not the car, it’s the process, and to lift up the quality of education at McPherson College to build up the future of this industry.”

Nonetheless, no one will be disappointed if the 300S goes home to Kansas in 2023 with a best in class trophy.