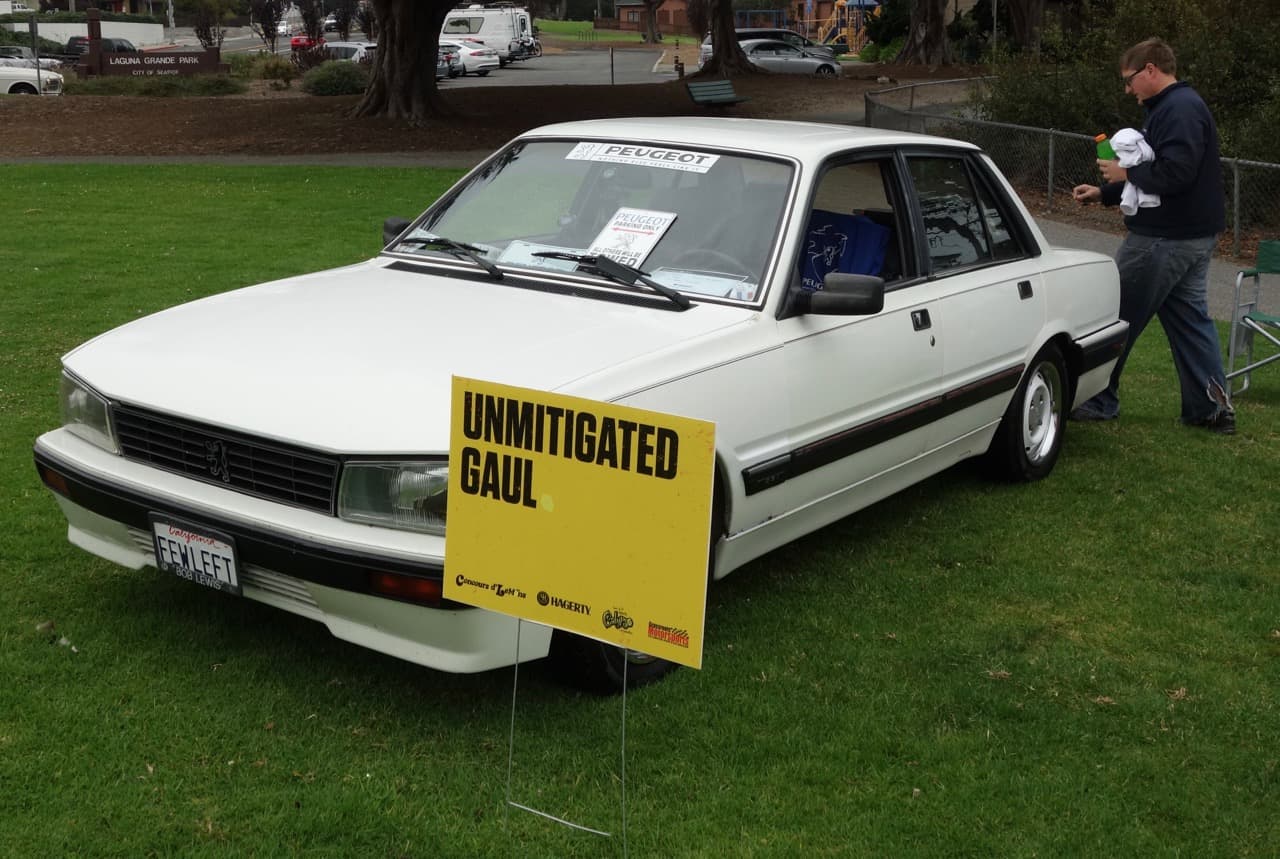 As if one Peugeot isn’t bad enough, this one pulls another | Andy Reid photos

According to its website, the Concours d’Lemons is a celebration of “the Oddball, mundane and truly awful of the automotive world.” But I would call it more of the island of misfit cars. This fun and zany event has been going on in Monterey for a number of years and draws those cars that have no place else to go, mainly because no one wants them anywhere else.

What you will find there year to year is anyone’s guess, but you can usually expect to see a Yugo or two, a Pontiac Aztek, a number of products created by AMC (all of which explains why they are no longer in business), as well as other cars that when new were less than wonderful. Think Chevy Vegas, unloved microcars, and cars from Renault.

All of those cars and more were present Saturday in Laguna Grande Park in Seaside, where they were joined by assorted weird and wacky customs and strange and wonderful limited-production figures, such as the one of 60 built Volvo 1900 convertible, and even a Lincoln Continental limo that was literally pulled out of the ocean and driven to the show.

This concours also attracts many spectators, including some high-end collectors such as Wayne Carini, who makes a point of attending every year — with a car. The judges themselves are also esteemed, including such notables as automotive writer Jason Camissa and Amelia Island concours chairman Bill Warner.

I love this concours, but the one thing I would change would be to limit the field to cars that were either sales, engineering or marketing failures, and to cars that over time have proven to just be terrible cars in their own right.

I’m already looking forward to 2017 and have begun thinking about entering a car of my own… how about a Renault Fuego?