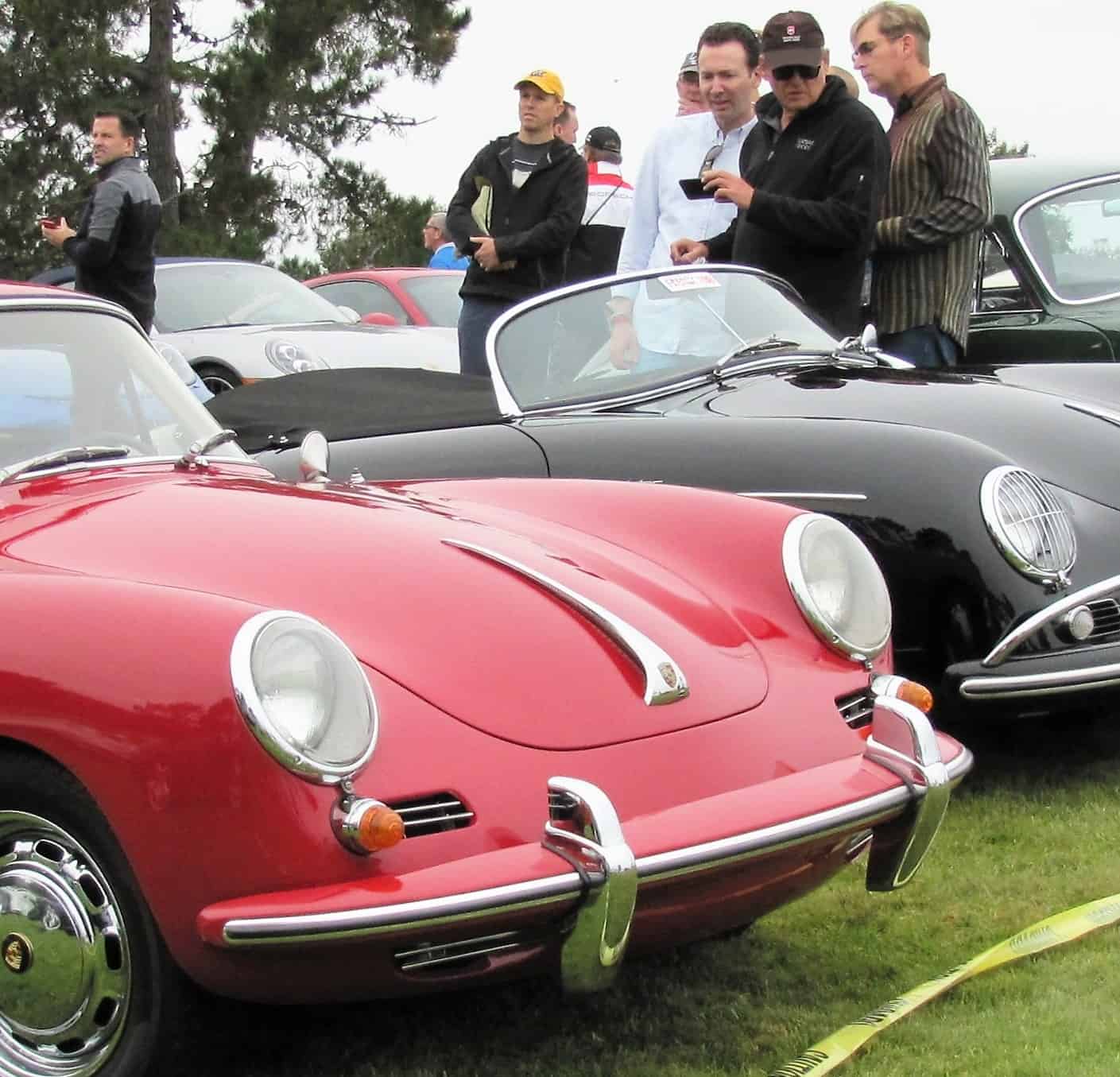 The Porsche Werks Reunion continues its soaring popularity as Porsche owners from around the country converged for a massive gathering of the faithful Thursday at the Rancho Canada Golf Club in Carmel, California.

Now in its third year, the Werks Reunion has established itself as a mainstay of Monterey Car Week, with the booming values and collectability of Porsches happening at just the right time for this single-marque event.

The reunion was dominated by Porsche’s most prevalent car, the 911 and all its variations, but there was a healthy contingent of 356 models going back to the early days, as well as such modern craft as Cayennes SUVs and the Panamera luxury sedan. The show prides itself in being open to all Porsche owners.

Porsche parking only on the crowded fairway

Supposedly limited to 500 vehicles by the fire marshal, the golf club was packed with Porsches parked on the grass that stretched out into the distance on a tree-lined fairway. Last year, the reunion reputedly went over its limited by a bunch, and no doubt went over this year, too.

And the German sports car were not just parked in the confines of the show but in the club parking lots and along the highway, offering many more chances to ogle Porsches.

The Porsche reunion happens at the same time as the Legends of the Autobahn show for every other kind German car. Porsche was part of Legends until it broke away and started its own event that started out in 2014.

As always, Porsche’s competition spirit was on display with a number of dedicated race cars, modern and vintage. There was also a showing of front-engine, water-cooled Porsches, known as transaxle cars among the Porsche clan, that were there to help mark the 40th anniversary of the 924, which spawned the breed of 944s, 928s and 968s that followed. A good contingent of those types were on display among the more-traditional air-cooled varieties with engines in the rear.