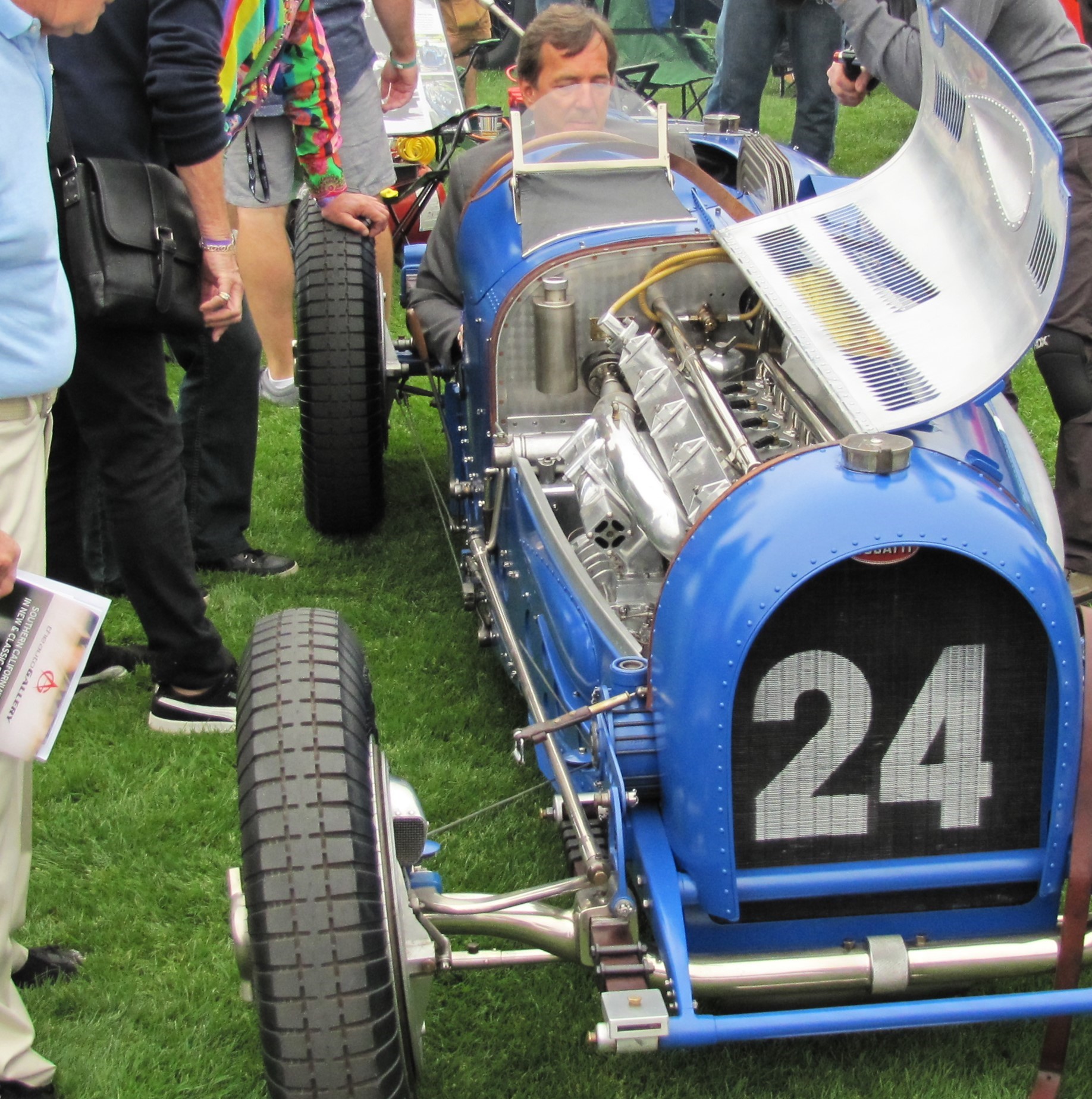 The crowd at The Quail, a Motorsports Gathering, mingles under the watchful eye of the giant  Peninsula Hotels Pageboy | Bob Golfen photos

Legendary driver Jackie Stewart smiled with joy as he listened to the deep metallic thrum of an ancient Ferrari competition V12. This was a call of the wild for the enthusiasts at The Quail, a Motorsports Gathering, and a crowd quickly formed around the stunning performance machine from a lifetime ago as the owner revved the booming engine.

The car was a 1953 Ferrari 375 MM Pinin Farina Spyder with a lush patina of age and use. A short time later, it became apparent that this Spyder was special indeed as the concours judges declared it best of show winner for the 14th annual Quail.

The winning Ferrari, owned by Andreas Mohringer, is one of nine 375 MM PF Spyders built by the factory and the only unrestored survivor in existence. Still, it was no shoe-in for the concours victory with so many exceptional cars assembled Thursday at the Quail Gathering.

Located at the lovely Quail Lodge and Golf Club, the Gathering is the hottest show in town during Monterey Car Week, with a spectacular collection of sporting automobiles – from vintage beauties to the latest hypercars – arrayed in a rich atmosphere with gourmet food and wine. It’s also a highly exclusive event, with tickets priced at 600 bucks and only 3,000 of them sold. This year, they were sold out in June.

Besides the fine vehicles, the Gathering is also a prime location for people watching with all manner of exotic dress and languages from around the world.

But while the tickets are wildly expensive and hard to come by, and despite its pretentious name, the Quail Gathering is a relaxed and laid-back affair dedicated primarily to the appreciation of fast cars.