Lost and Found: The ‘King of Rock-n-Roll’s BMW 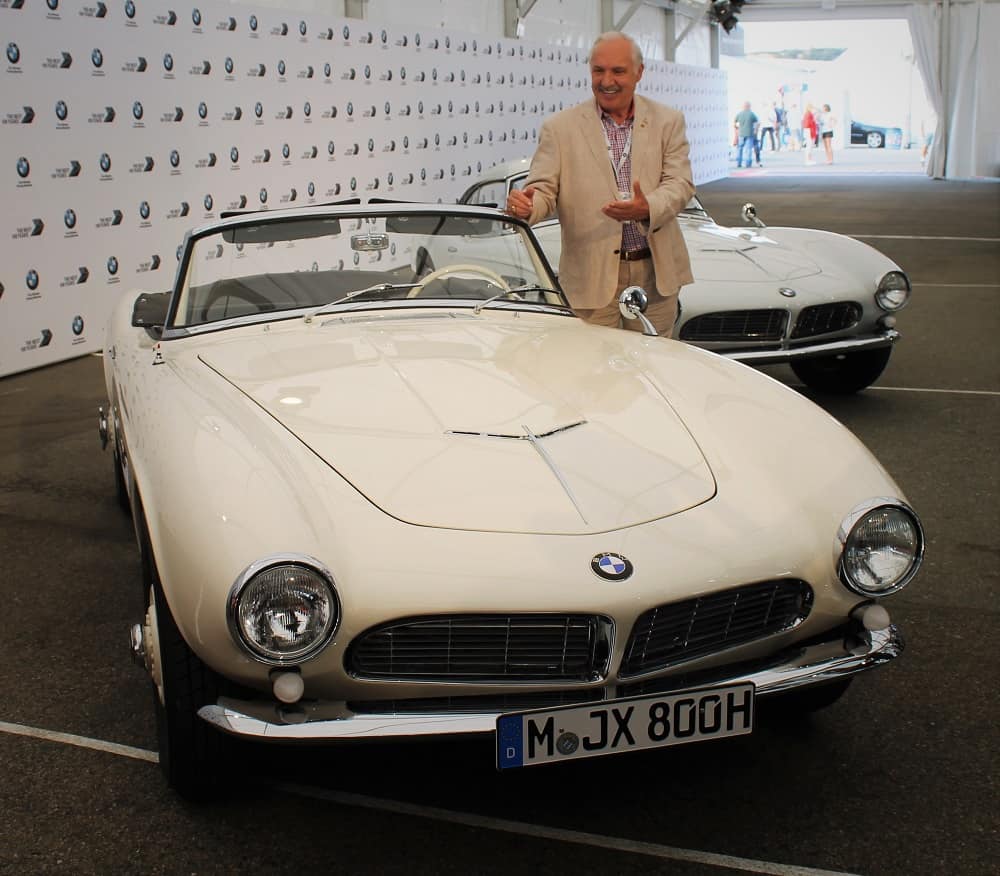 BMW produced only 253 examples of its 507 sports car in 1957 and one of them, chassis 70079, has taken a particularly mysterious journey. Recently discovered in northern California and  restored in Munich, Germany, the car formerly owned by Elvis Presley was shown to the public for the first time Thursday during the Rolex Motorsports Reunion at Mazda Raceway Laguna Seca, where the brand is celebrating its centennial celebration during Monterey Car Week.

The 507’s journey began at the Frankfurt International Motor Show in September 1957, after which the car was used for test drives by the automotive media in addition to being raced several times by Hans Stuck.

Stuck was competing in the Autodrome de Linas-Montlhéry in southern France when Presley first spotted the car. After being drafted to the Army in March 1958, Elvis was assigned to the Third Armored Division during the Korean War.

Absolutely taken by the 507, Presley managed to obtain the car in December 1958 while in Germany. He drove the 507 until he completed his military service in March 1960.

Once the car left Presley’s ownership, the car was painted red and shipped to the United States by a different owner. It continued to change hands as it was converted for racing, its provenance soon lost and completely forgotten.

Eight years later, the BMW 507 was purchased by Jack Castor, who had recognized the car’s connection to Stuck through its chassis number.

More than 40 years later, the King’s 507 was discovered in a warehouse in Half Moon Bay, south of San Francisco, and its identify was verified through the efforts of Jackie Jouret, editor of Bimmer magazine, and confirmed by experts at the BMW Classic archives.

Thus Castor learned his 507 had, in fact, been driven not only by the “Bergmeister,” but had been owned by Presley as well.

The restoration’s goal was to return the car to its specification when Presley owned the car — painted in Feather White with a black-and-white interior. The 507 is scheduled for several more appearances, including one Sunday at the Pebble Beach Concours d’Elegance.