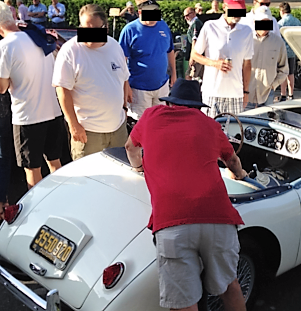 Just in time for the granddaddy of all car shows, The Pebble Beach Concours d’ Elegance, and such Monterey Car Week events as Concorso Italiano and The Quail, a Motorsports Gathering, here are 5 Simple Rules of what not-to-do at these public car exhibitions: