Eye Candy: Concours on the Avenue in Carmel 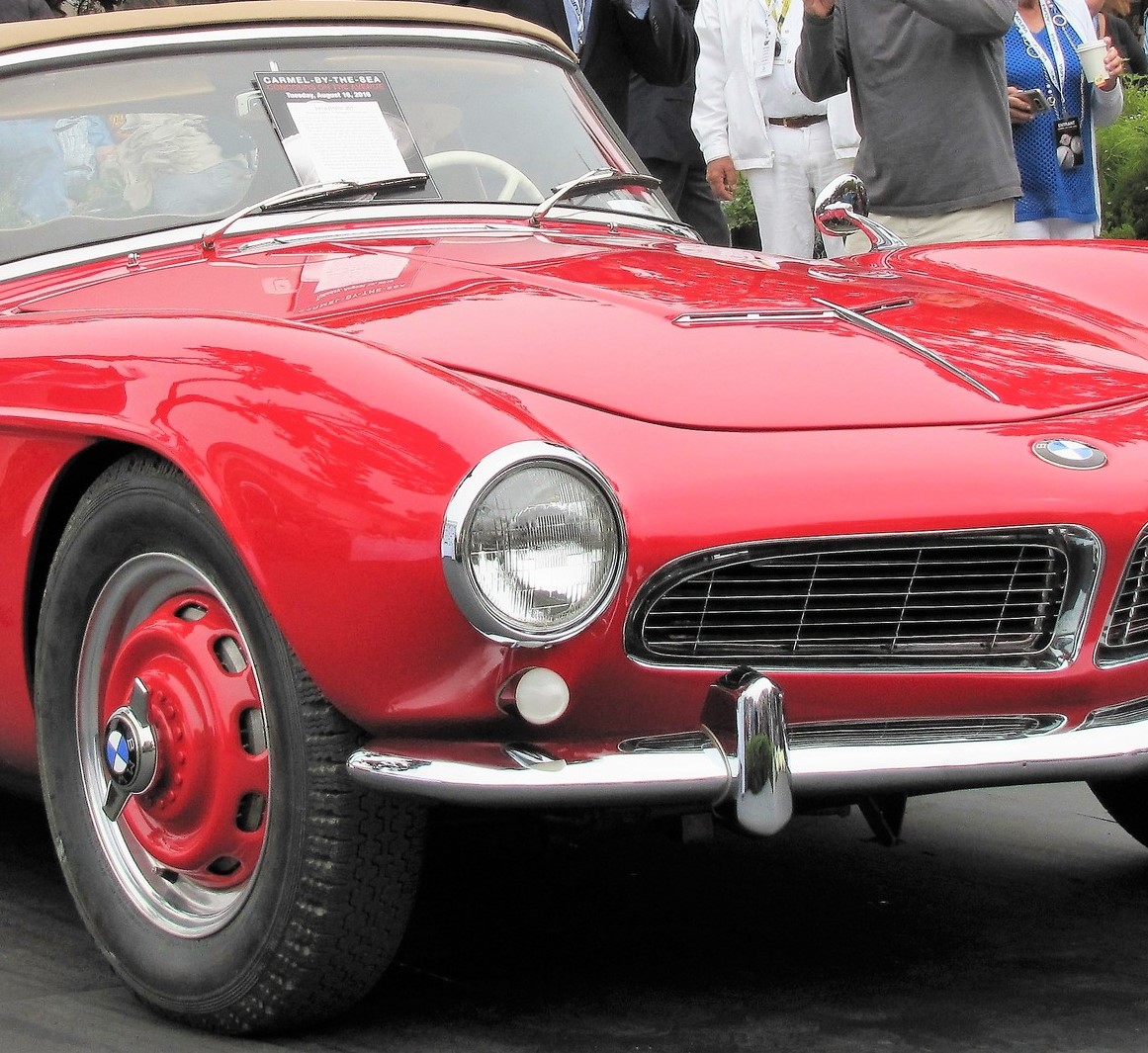 The Concours on the Avenue in Carmel by the Sea hit its 10th anniversary Tuesday, still the same enjoyably unpretentious car show that crowded the picturesque downtown streets with yet another terrific selection of vintage vehicles and many thousands of spectators.

The concours also retains its role as the kickoff event for the greatest collector car week of the year, which culminates Sunday with the Pebble Beach Concours d’Elegance.

A Ferrari 275 GTB won best of show in Carmel

Porsche was by far the prevalent marque among the approximately 175 cars, trucks and motorcycles on 18 closed-off blocks of Carmel, with an impressive collection of Porsche 365 and 911 sports cars and all-out race cars. Among them, an exceedingly rare 1953 Dannenhauer & Stauss Cabriolet, with only 55 of these lovely cars built on Volkswagen floor pans with Porsche running gear.

BMW was also well-represented as the Bavarian brand celebrates the 100th anniversary of the company’s founding, which is being observed all over the Monterey Peninsula, particularly at the nearby Rolex Motorsports Reunion at Mazda Raceway Laguna Seca. Some of the fabulous BMW race cars that showed up in Carmel were visitors from the race track, which hosts historic racing weekends that bookend the week.

Winner of the best of show prize was a bright-yellow Ferrari 275 GTB in immaculate condition, though some concours veterans wondered what made it stand out among the wealth of exceptional cars. Another winner was a crusty 1956 Maserati A6GS that attracted a lot of enthusiasm from onlookers, and won the Preservation Class.

The Rolls-Royce shows ugly grille damage after its shunt

There was one unfortunate incident, which occurred as the show cars were lining up to enter the concours site; an early 1960s Rolls-Royce sedan crunched into the rear of an antique Ford dump trunk, an unlikely crash that heavily damaged the Rolls’ grille. The truck’s raised bed floor was just the right height to connect with the car’s Flying Lady mascot, shoving her back so that the grille and hood were badly bent.

At the other extreme was the lady with the goose. Oddly, this spectator was toting what appeared to be a pet goose that she carried like a baby, but a baby that squawked like a duck. She certainly attracted a lot of attention.

The Carmel Concours on the Avenue has become among the favorite events that crowd Monterey Car Week. And everybody is invited to attend for free.