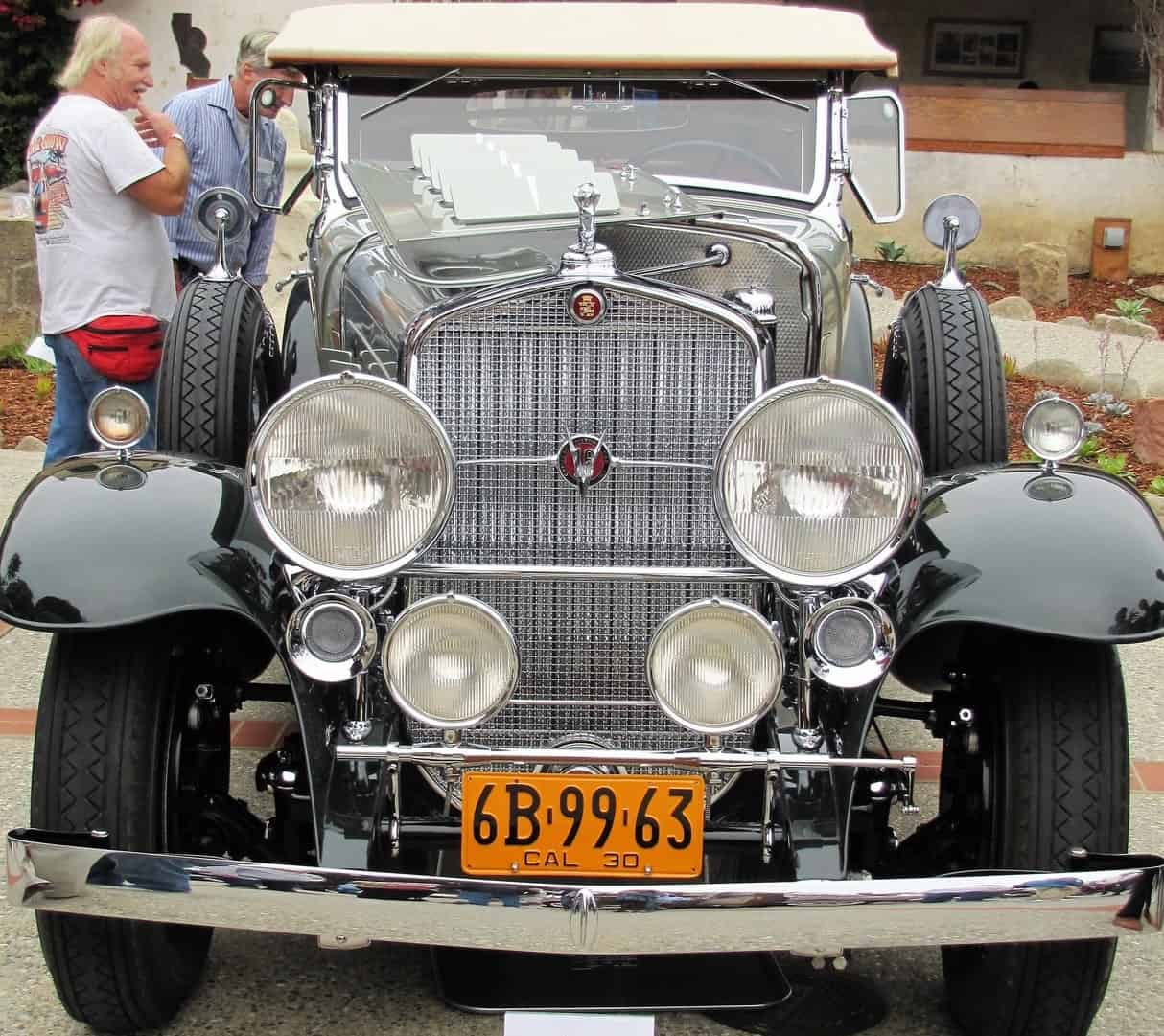 The Carmel Mission Classic might not be among the biggest or best-known events of Monterey Car Week, but it ranks right up there for the beauty of its venue. Set in the courtyard of the historic San Carlos Borromeo de Carmelo Mission in Carmel, the show combines cool cars with the lovely, peaceful mission atmosphere, along with wine tasting from local vineyards and music by a retro soft-jazz ensemble.

There were some stars in this show, such as the 2016 feature car, a 1927 Rolls-Royce Phantom limousine was owned by dance icon Fred Astaire, and lent to the mission event by the Petersen Automotive Museum. At the other end of the spectrum was the appearance of a 2016 Ferrari 488 that show organizers said is the first one in the U.S.

Dressed to drive antique cars, such as this 1906-bodied Locomobile

Chris Cord, the grandson of the acclaimed E.L. Cord, brought a rich-blue Cord 812 Cabriolet. An awesome custom 1965 Chevy Impala built by Chip Foose and named “The Imposter” greeted spectators as they entered the mission courtyard.

Most of the vintage, classic and custom cars  were from local owners, many of whom stayed around to share stories and to demonstrate their vehicles.

Juan Ruiz of Salinas recently finished restoration of his bright-red 1941 Chevrolet pickup truck, which gleamed with perfection. The truck debuted recently at the Chevrolet Nationals in Lake Tahoe, where it was declared First Place Junior Winner in the truck class, a prize reserved for first-time entrants.

“It took four years to get it like this,” Ruiz said. “I did a lot of research to get it back to all original.”

Part of the originality is the accurate color of its paint, called Swift Red, which was supplied to Ruiz by DuPont.

“They went into their archives and got us the formula,” he said. “They really got excited about helping us with that.”

A 1914 REO runabout was a local barn find, according to its owner, Larry Ginn. And it looks every bit its 102 years with a decrepit patina that can only come from advanced age and neglect. The veteran car was stashed in a local barn since 1969 until it was pulled out recently and put up for sale, along with a few other cars and vintage items.

“The guy was some kind of a hoarder,” Ginn said, adding that he stumbled upon it in a highly unlikely fashion. “I just bought it off Craig’s List.”

The car was kept as found, he said, except for what need to be done to get it running again, including the seats and gas tank.

The well-attended Carmel Mission show had one element that you would only expect to find in such an ecumenical location: a blessing of the cars.