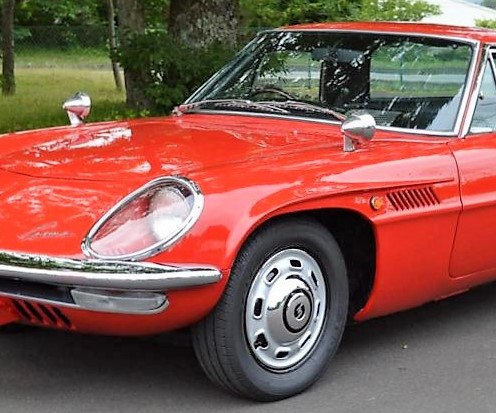 Japanese collector cars are kind of a new thing, with some of them making it into the higher echelons at auctions and private sales, and being included in museum collections. While much of the interest has been spawned by the latest generation of car collectors just coming of age, those special cars of the 1960s and ’70s have taken on a new luster for older enthusiasts.

The limited-production Toyota 2000GT sports coupe, built from 1967-70, has become a solid player among the high rollers, flirting with million-dollar bids at auction. To a lesser extent, the quirky and exotic Mazda Cosmo Sport 110S also has hit the big time, with the limited-edition rotary-powered sports coupes built from 1967-72 typically going well into six figures at auction.

The highly popular Datsun 240Z, the first generation of the Z car produced from 1969-73, is gaining ground among collectors, now being recognized as a classic in league with its contemporaries, sports cars from Europe.

Although their numbers are still small, there will be some Japanese vehicles crossing the auction block during classic car week at Monterey this year, as six major auctions take place on the California peninsula.

Mecum Auctions, which is expecting 600 cars at its Monterey sale, has the most vehicles from the Land of the Rising Sun. There are five Toyota Land Cruisers, which have become mainstays at collector car auctions; a 2000GT; three Datsun 240Zs; and an unlikely custom 2014 Honda Odyssey, a SEMA project “powervan” with a turbocharged 3.6-liter V6 that cranks out 1,029 horsepower, according to the builder, Bisimoto.

Gooding & Company has a nice selection of Japanese cars, with two Land Cruisers, a 2000GT, a Mazda Cosmo Sport and a rare and desirable 1972 Nissan Skyline GT-R Hakosuka, a high-performance two-door sedan produced for the Japanese Domestic Market that has achieved legendary status among millennials in this country.

Russo and Steele has two Land Cruisers and another rarity, at least in the U.S.: a 1984 Toyota Century luxury sedan that was sold in limited numbers only in Japan and is still in production as the automaker’s home-market flagship model.

The unique Rick Cole auction, with bidding via smartphone, has one offering from Japan, a nicely turned-out Land Cruiser.

RM Sotheby’s and Bonhams must not have gotten the Japan-car memo because they have none at their high-end auctions.

Japanese vehicles do seem to have a future in the collector car market, with more rarities and JDM cars foreseen to come off the islands to join the Land Cruisers, 240Zs, Cosmos and 2000GTs that are hitting the auction circuit. And expect more “Fast and Furious” sport-compact customs to join the traditional hot rods at some auctions, catering to the younger bidders.