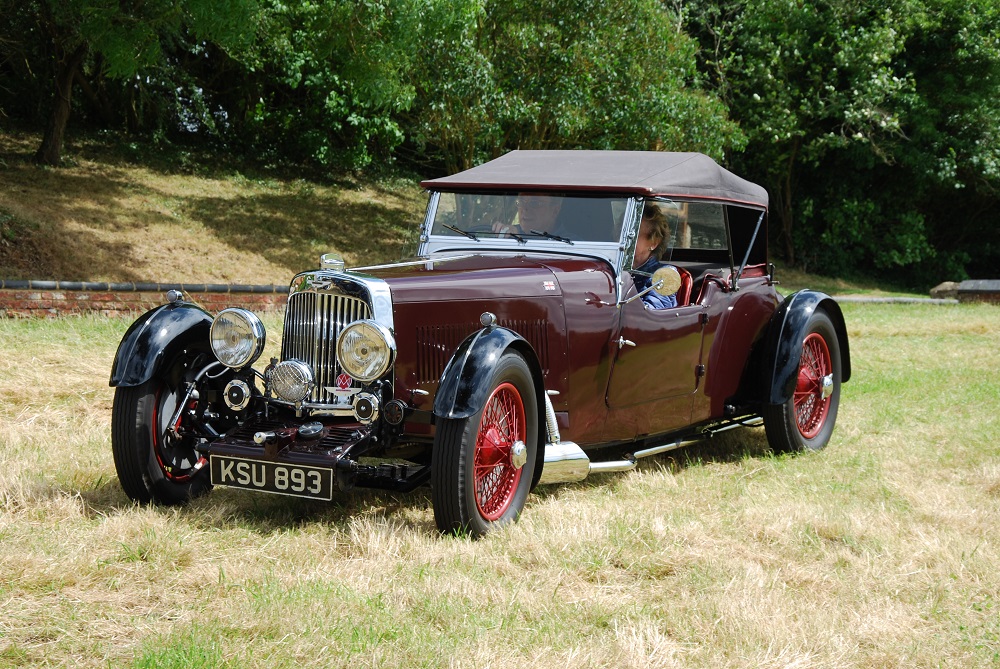 The event featured a drive from the headquarters to the Claydon estate near Buckingham.

“We wanted to do something special to celebrate our 40th year,” said Robert Blakemore, Ecurie Bertelli managing director, adding that the gathering “shows the appetite for using and enjoying pre-war Aston Martins is still very much alive and well.”

Among the cars participating was the oldest surviving Aston Martin, a 1921 A3; the Razor Blade, a single-seater team car built in 1923 that held records including fastest standing-start mile and kilometer with speeds of 74.12 mph and 66.54 mph; a 1923 Cloverleaf, thought to be the fifth-oldest Aston Martin in existence and known to have finished second place in the Aston Clinton Hill climb 92 years ago; and the Buzzbox, known to be the only car produced with this name and the only ‘10/20’ Enfield Allday chassis known to exist.

“We do all that we can to keep history alive,” Blakemore said, “these cars were individually built and were designed to be used, not to gather dust in a garage or museum.”

Ecurie Bertelli utilizes a collection of original drawings to create parts that meet the cars original specifications and keep them on the road. They also offer race team support for owners who wish to race.