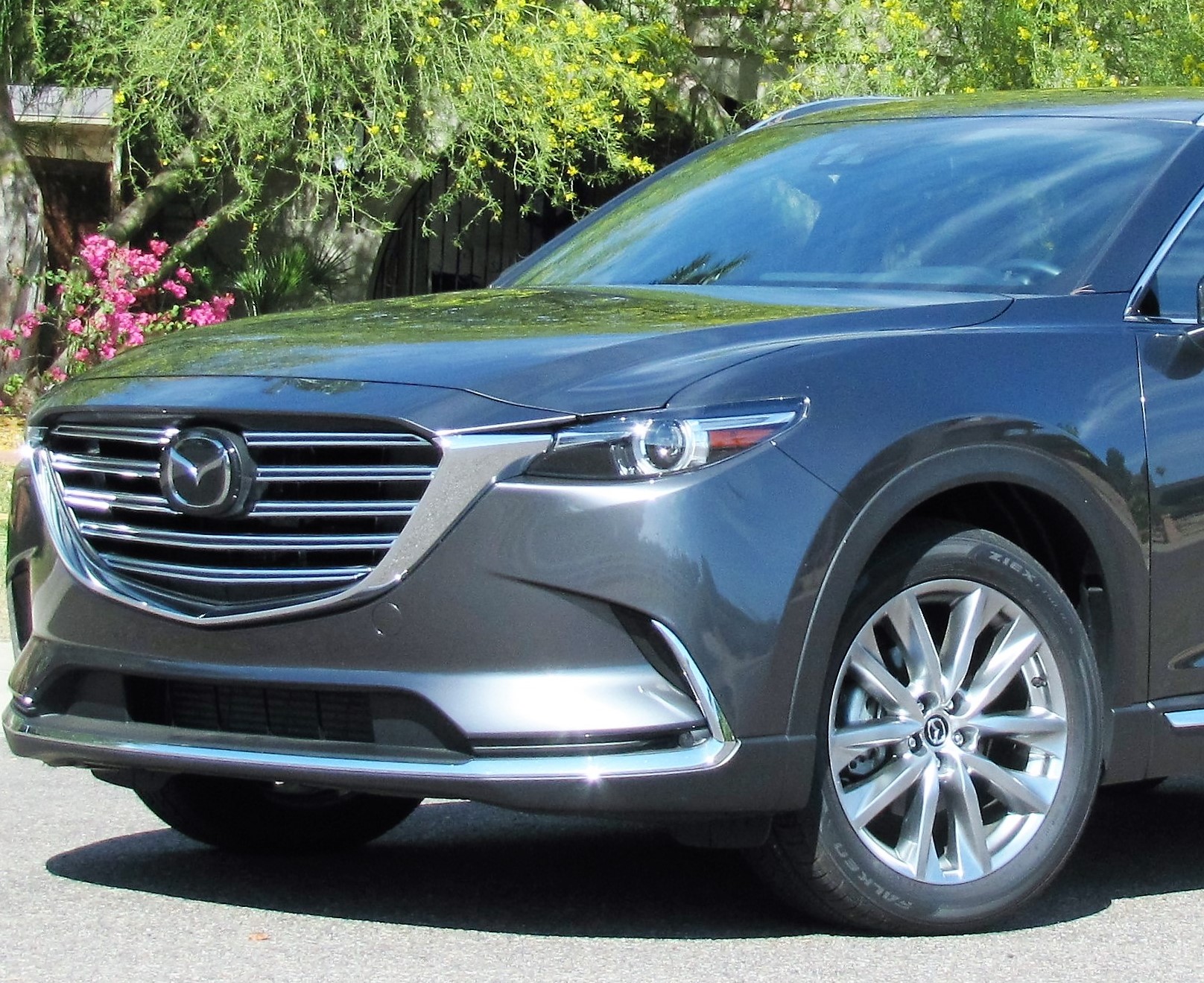 The Mazda CX-9 was completely revamped for 2016 | Bob Golfen

During the past decade or so, Mazda has marketed its vehicles in a certain way, as the sporty alternative to the normal run of practical cars and SUVs. “Zoom-Zoom” has been the quirky tagline, which was a risky gambit if the Mazdas didn’t deliver the driving performance as advertised. Mockery might have ensued.

Fortunately, Mazda has upheld its promise to deliver vehicles with responsive drivability. Well, most of the time. There have been a few misses. But starting with the pure sports-car pleasure of the MX-5 Miata, the Japanese automaker has imbued its lineup with a certain elan that sets them apart.

This goes for its people-mover SUVs as well as its automobiles. The latest is the biggest vehicle in Mazda’s stable, the three-row CX-9 SUV, which was completely redone for 2016. And where most large crossovers are soft and cushy, the CX-9 has a crisp driving edge that could be considered downright sporty.

Not that so many drivers of large crossovers are interested in such things. The key ingredients are usually comfort, roominess and versatility, with sharp steering and handling coming in low on the checklist. As such, the CX-9 might feel just a bit stiff in its suspension and buffeting in its ride for crossover drivers more accustomed to the softer side of SUVs.

But for those who like to drive as well as haul the family, the CX-9 is a decent compromise. While it’s certainly not a sports car, it is a sporty crossover that responds well to driver input, corners with decent agility and rides with stability. You’d have to go far upmarket for full-size-crossover sportiness that compares or surpasses.

So for a hulking big crossover, CX-9 does earn its zoom-zoom credentials.

CX-9 was all new for 2016, and shoppers will find that one thing is missing but not missed, and that’s its V6 engine. Instead, the crossover is powered by a 2.5-liter turbocharged four with Mazda’s signature SkyActive technology and a turbo that delivers immediate response via a newly developed system for varying exhaust pressure.

The engine delivers 250 horsepower on high-octane gas, dialing back to 227 horsepower if you want to save money by filling up with regular, and 310 pound-feet of torque at a low 2,000 rpm. That’s a bit less horsepower but a bit more torque than the V6 engines found in most comparable full-size SUVs.

The turbo four provides power across its rpm range, and it has plenty of punch for moving this heavyweight contender. There are times when it could use more, but not often.

An important consideration here is fuel mileage, and the Mazda does well in that department, with an EPA estimated 21 city, 27 highway and 23 overall.

Small turbo engines are finally getting the recognition they deserve, and modern technology has pretty much done away with the dreaded turbo lag of last century’s Saabs and Porsches, which made them sometimes difficult and even treacherous to drive. These days, you can even get a new Chevy Camaro with a  turbo four, and expect to see many more in the future as manufacturers work to gain fuel mileage without losing power.

The CX-9 came back for 2016 with expressive new styling, what Mazda refers to as “the latest, grandest expression of KODO – Soul of Motion design yet.” The carved surface flows nicely from the bold, prominent grille in a natural way across the SUV’s flanks and rear.

The Signature interior is resplendent in rosewood, aluminum and Nappa leather | Mazda

Full-size crossovers tend to be a bit bulbous these days, but the CX-9 designers built enough detail into the form to make it look sharp and interesting despite its rounded-off shape.

The CX-9 that I tested was the fully loaded Signature all-wheel-drive model with all the options on board, ranging from Mazda Radar Cruise Control, an awesome 12-speaker Bose audio system and an easy-to-function 8-inch digital display to Blind Spot Monitor and Rear Cross Traffic Alert to keep you from backing up in front of an oncoming vehicle.

The interior in the test SUV was downright luscious, very Japanese in its approach to form and texture, with Nappa leather upholstery and trimmed with beautiful rosewood inserts and aluminum trim. Without hyperbole, this is one of the most attractive and accommodating interiors I have yet experienced, whatever the price range.

Mazda did a nice job in making the Signature model into a luxury craft with a bottom line of $45,212 for the test vehicle, not cheap by any means but comparable with SUVs costing 10s of thousands more. The CX-9 encompasses seven levels of trim starting out at $31,520 plus shipping and options for the front-wheel-drive Sport base model.

CX-9 represents another impressive vehicle upgrade for Mazda, which has already wowed us with the new Miata as well as its sporty lineup of passenger cars, all of which offer more for less.