Eye Candy: Bash to the Future at Hot August Nights 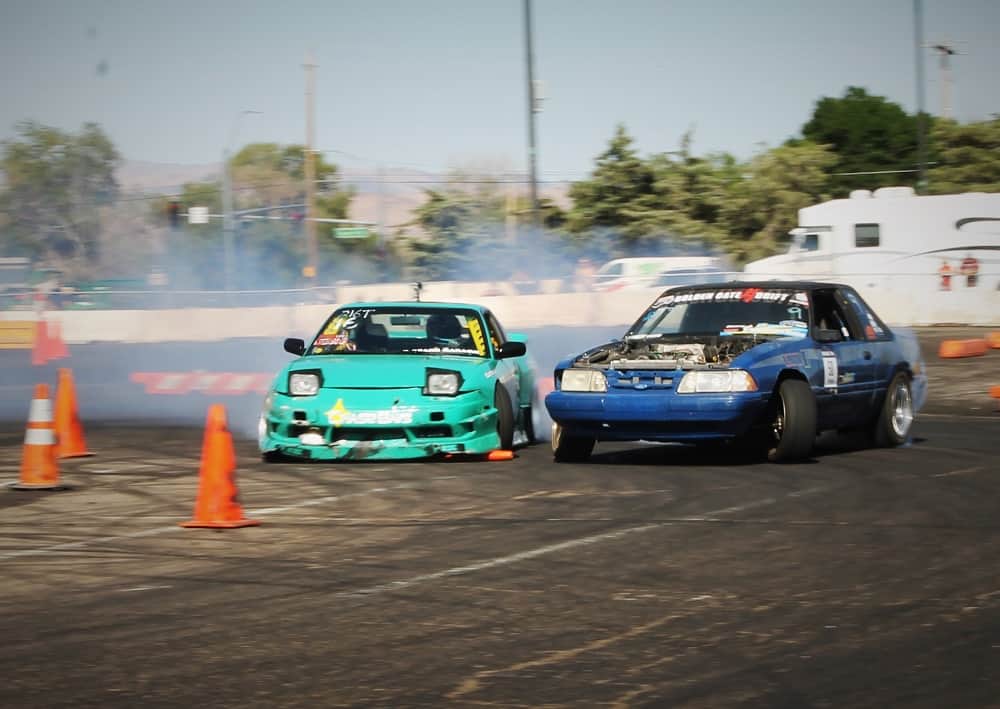 Hot August Nights generally appeals to an older croud, mostly retired, but for the 30th celebration, the event expanded its  demographic by taking a big step and adding drifting to the mix.

Drifting is a motorsport that appeals to millennials. In drifting,  drivers manipulate the throttle, brakes, clutch, shifting and steering  to put and to keep the car in a state of oversteer while maneuvering from turn to turn. In other words, the goal is to have the car sideways as much as possible, burning rubber and generating clouds of smoke.

Presented by Amsoil, drifting took place at the Reno Livestock Events Center. On Saturday,  drifters  participated in the Bash to the Future main event,  a race with a series of qualifying runs  judged by a panel of three experts considering each  driver’s speed, angle, line and style. The course was set up by cones and featured slight evevation changes that made for a unique layout.

After qualifying runs, the top 16 drivers participated in a head-to-head events to determine who could outmaneuver the competition through two  runs. If those runs were close,  judges could call for a “one more time” battle.

“This is a way to get all car people involved in Hot August Nights,” said Mike Whan,  executive director of HAN. “You won’t see any ‘56 Chevy’s out there. Drifting cars are not (always) the best looking vehicles. They’re built for racing.”

Some of the best drifters from the West Coast participated in the Reno event, which was won by Nick Stucky in his yellow Nissan 240SX.