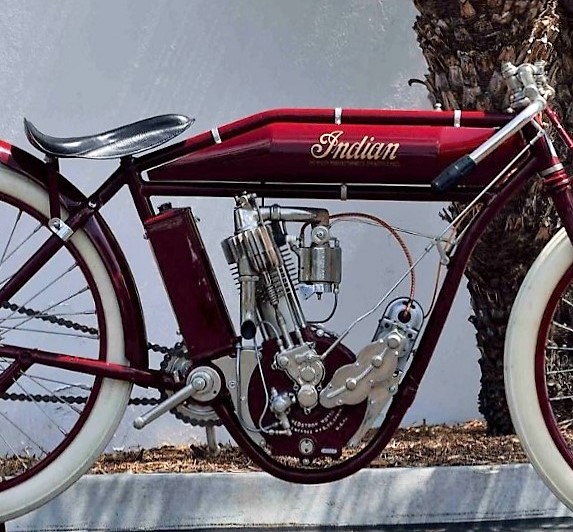 Participants in the Mecum MidAmerica Motorcycle Auction in Monterey may not realize it, but some of the most-significant vintage bikes that will cross the block come from the collection of a famed scientist who led the first successful effort to sequence human DNA.

While Venter is a passionate researcher, innovator and entrepreneur in various fields of genomics, he also has a longtime passion for the DNA of historic motorcycles. His collection centers on Harley-Davidsons, Indians, BMWs and an assortment of bikes from Great Britain, spanning the years from the early 1900s through the 1960s.

Venter may be highly regarded among motorcycle collectors for his taste and expertise, but most of the world knows him for his scientific accomplishments and techniques, which at times have sparked controversy.

According to his biography on the J. Craig Venter Institute website, Venter is a 69-year-old Vietnam War veteran who holds a Bachelor’s degree in biochemistry and a Ph.D. in physiology and pharmacology from the University of California at San Diego. Among his early accomplishments was development of an innovative approach to DNA research that helped decode the secrets of living genomes.

“In 1992, Dr. Venter founded The Institute for Genomic Research, a not-for-profit research institute, where in 1995 he and his team decoded the genome of the first free-living organism, the bacterium Haemophilus influenzae, using his new whole genome shotgun technique,” the biography says.

“In 1998, Dr. Venter founded Celera Genomics to sequence the human genome using new tools and techniques he and his team developed,” the bio continues. “This research culminated with the February 2001 publication of the human genome in the journal, Science.”

Among the motorcycles that Venter has consigned to auction are a 1935 Brough Superior with what’s believed to be the first Alpine sidecar, a 1910 Harley-Davidson single belt-drive, a 1928 BMW R62 and a 1916 Indian single board-track racer.

Venter keeps all of his motorcycles in pristine condition and has shown a number of them at concours, he said in a Mecum news release. “It is essential to me that any bike or car I own is in top condition and that all the motors are in running order.”

He is thinning his motorcycle collection, Venter said, essentially because he is running out of space and manpower to care for all of them.

“Due to my requirements to have all the bikes in top condition, I have exceeded what one full-time mechanic can keep up with,” he said.  “Some of the bikes, like the board track racers, are mostly display bikes, and I don’t have display space at all.  The 1908 Indian, for example, is in my office.

“I can only hope that they will be appreciated as much as I have enjoyed them, in particular for their history and uniqueness.”