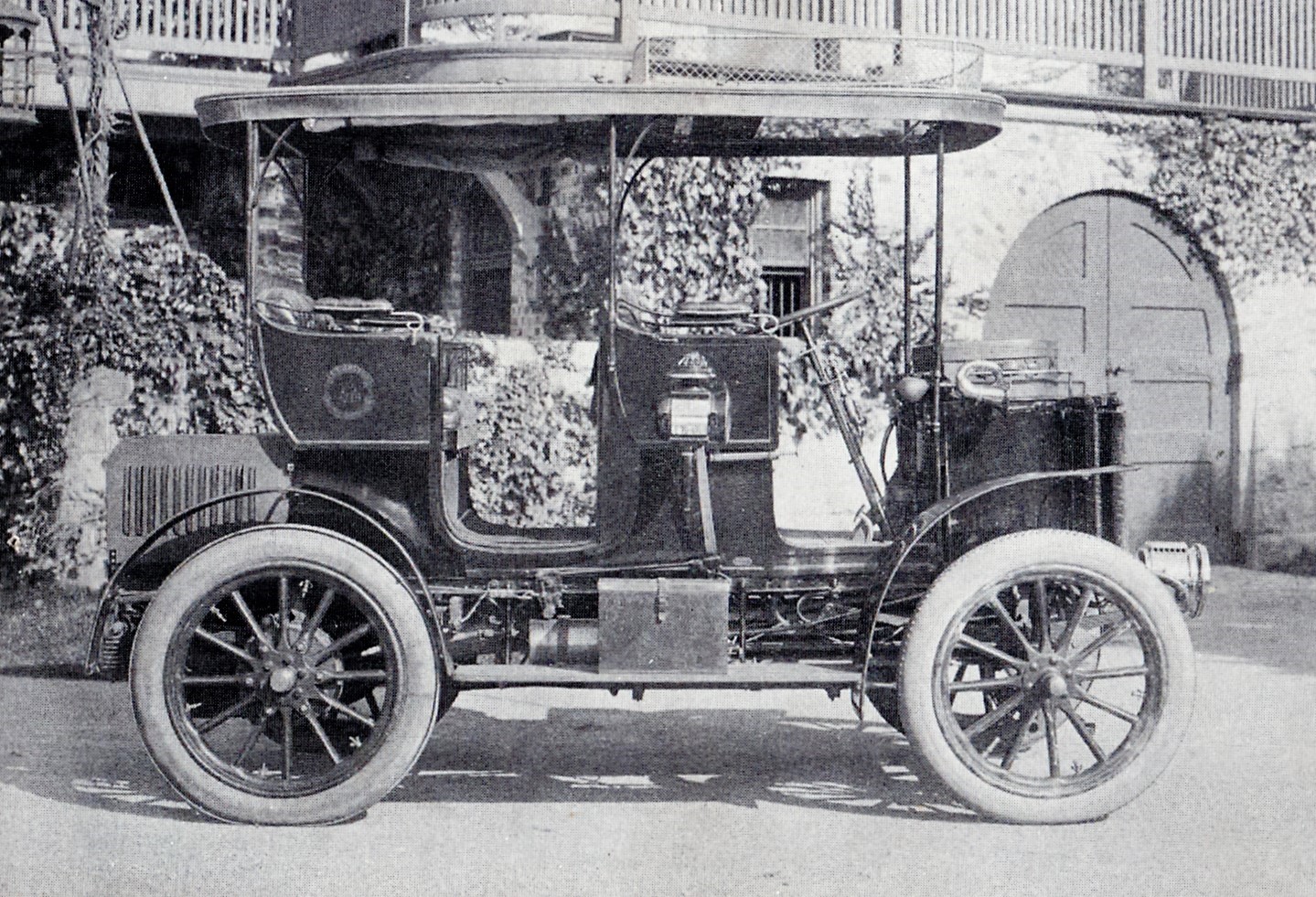 The majority of people from the two most-recent generations, if faced with the name Larz Anderson, probably don’t know who he was or care to find out. The name “Larz” might sound strange, but doesn’t do it enough for me to want to look him up. Larz Anderson, however, is a name worth looking up.

A wealthy Boston businessman who once served as a U.S. diplomat, Larz and his socialite wife took an interest in the early state of the automobile, and after purchasing cars as early as 1899, their vehicular holdings eventually became known as “America’s Oldest Car Collection.” Among the many motorcars purchased by the family over the years was a 1903 Gardner-Serpollet.

Even in 1903, the Gardner-Serpollet was odd. It was a steam-powered car, in fact the only one in the Anderson collection, with a unique propulsion system. Leon Serpollet of France was an early pioneer of steam vehicles. He had built a steam tricycle in 1880 before teaming up with an American financial backer, Frank Gardner (although without a doubt, this was Serpollet’s project).

Their 1903 car was a breakthrough in steam technology, fitted with an oil-fired “flash boiler” that, according to Theoldmotor.com, “turns a small quantity of water into steam quickly (and) has the ability to provide continual supply to the engine.” Linked with a four-cylinder enclosed engine similar in design to an internal-combustion engine, the flash-boiler system made steam vehicles more practical for everyday use.

Still, the car was so difficult to maintain that after the family bought it new, they hired a skilled chauffeur to operate the vehicle. Despite this, Larz and his wife used the car for “long-distance trips” until a replacement car was bought in 1907. The Garder-Serpollet was equipped with a summer body (shown in the period photo) and a winter one, which could be switched without disassembling the car. Both bodies were constructed of wood with leather fenders.

The Anderson’s 1903 Gardner-Serpollet still exists, as do five other examples, but it is the only one remaining in the United States. Most of the family’s other early cars are still around as well, housed in the opulent Larz Anderson Auto Museum in Boston.

“America’s Oldest Car Collection” is contained in what was once the large carriage house of the Anderson’s estate, and the museum is open to the public.

Nathan Evans
Nathan Evans is a high school student in Phoenix, Arizona. When he's not writing about fine automobiles or slacking off in class, Nathan prefers to watch motorsports races, (Preferably NASCAR and Formula1) and design his own racing circuits on computer programs.