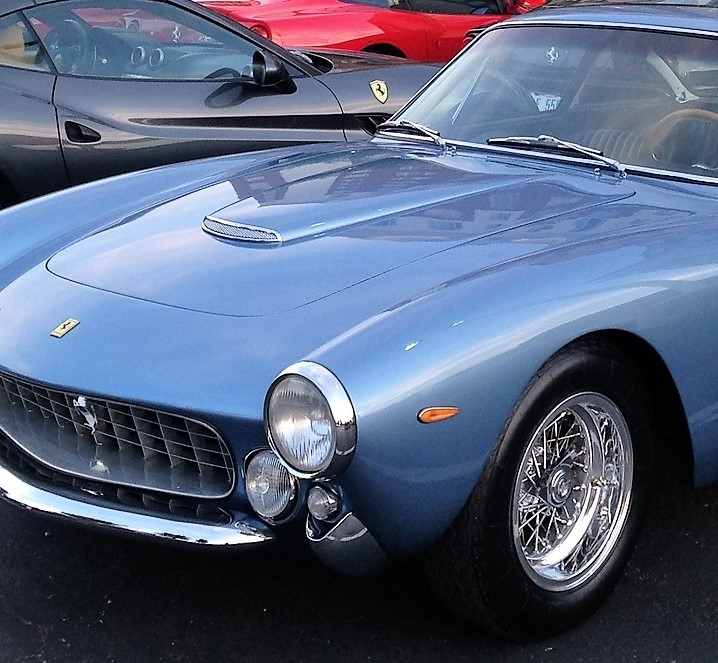 Brescia, Monaco, West Palm Beach…Columbus, Ohio? Yes, all of those cities are now synonymous with world-class gatherings of vintage Ferraris, as the 2016 Ferrari Club of America’s Annual International Meet took over the mid-Ohio city for the week of June 18-22.

The choice to host the event in the Buckeye State proved ingenious, for the central location drew 175 entrants from around the country and the world. A special celebration for the 50th Anniversary of the 275 GTB and NART Spyder attracted more than a dozen of the Scaglietti-designed cars. Many one-off bodied and vintage competition Ferraris were present as well.

Sponsored by Shell V-Power Gasoline, the weeklong roster of activities kicked off Sunday with the FCA Field and Driving Concours d’Elegance held at the Brookside Golf and Country Club in Columbus. Normally this event is open only to club members, but this year the public was invited to attend, with ticket sales benefiting the Arthritis Foundation.

Other events included a competitive rally through the hill country of central Ohio, and track time at the Mid-Ohio Sports Car Course in Lexington, Ohio. The host hotel featured the Ferrari Mercato, featuring vendors and parts specialists, as well as Shell’s Formula 1 driving simulators, a popular attraction for the younger enthusiasts.

Italian cars are known for their visual artistry, with Ferraris being the prime example. Which is why it was especially rewarding to see so many coachbuilders on display in so many vivid colors. We have to admit that the green we hated on dad’s old 1977 Ford LTD sure looks amazing on a 275 GTB.