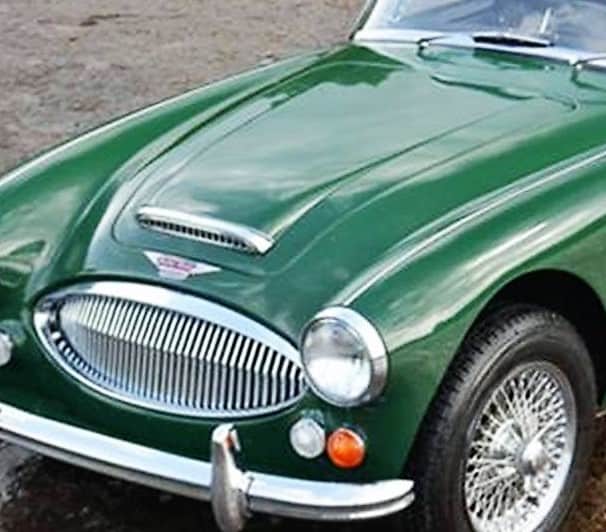 With mixed feelings, I noted the Hagerty report this week about the relative values of specific collector cars in relation with value trends in the market as a whole. My ambivalence came from the result for the Austin Healey 3000, which finished dead last in the listing, garnering 7 out of 100 points, with 50 being the median for a car that is keeping up with the market trends; anything higher means it’s moving ahead, anything lower means it’s falling behind.

The Healey’s low result shows that the British sports car has crested in value, and has even fallen back slightly for No. 1 quality examples. This for a car that a decade ago was setting records for its soaring popularity at collector car auctions.

I owned one of these, a 1967 Austin Healey 3000 BJ8 very much like the British Racing Green Healey chosen as Pick of the Day. Well, mine was not nearly as nice as the one advertised on ClassicCars.com by a dealer in Lebanon, Tennessee. It would have taken a cash infusion of $25,000 to $30,000 to bring it up to that level.

This was during the heyday of Healey 3000 value gains, and I was considering taking out a loan to get the work done because I was confident that these models would continue going up and up. But then, providence stepped in, and I fell in love with a Porsche 356. So off the Healey went, and in came the Porsche.

This was in 2010, and I thought at the time that I was trading down. But the Porsche was done and didn’t require a ton of work to make it presentable, so I was happy with the deal despite the potential investment loss.

But as it so happened, the Healey lost ground in value during the past six years while the Porsche enjoyed a significant bump. That would explain my mixed feelings about the Hagerty report. I feel bad that such a great British car has lost its luster, but I feel somewhat brilliant for unwittingly falling backward into a potentially profitable result by shedding the stalled Healey and getting the climbing 356.

If my Healey was as gorgeous as the one looks in the ClassicCars.com ad, I probably would have kept it. While the scant description in the advertisement tells you nothing about the car’s history, including any restoration, it does make note that it has just over 68,000 miles on its odometer and, according to the extensive photos, it appears to be in great condition.

Everything looks right about this Healey, and the shots of the undercarriage shows a car that is clean with no apparent rust damage. The paint and interior look fresh, and even the fabric top looks good. Of course, you would have to see it in person to know for sure.

These cars are hairy-chested beasts that are loads of fun to drive, powered by a simple but strong Austin straight-6 engine fed by two SU HD8 carburetors, producing 150 horsepower. The tight four-speed transmission has electric overdrive for relaxed highway cruising.

The asking price for this sweet Healey is $58,500, which is just above Hagerty’s value for a No. 3 car in “good” condition. While that’s certainly not pocket change, it does seem like a decent price for a handsome British classic, and somewhere around what nice ones were selling for back when I traded.

So buying this car would be an act of love, getting something that you really want to own and drive, and thoroughly enjoy on a wind-whipped summer’s day. Not because you expect to make money off it. Because according to the market trends, you won’t.