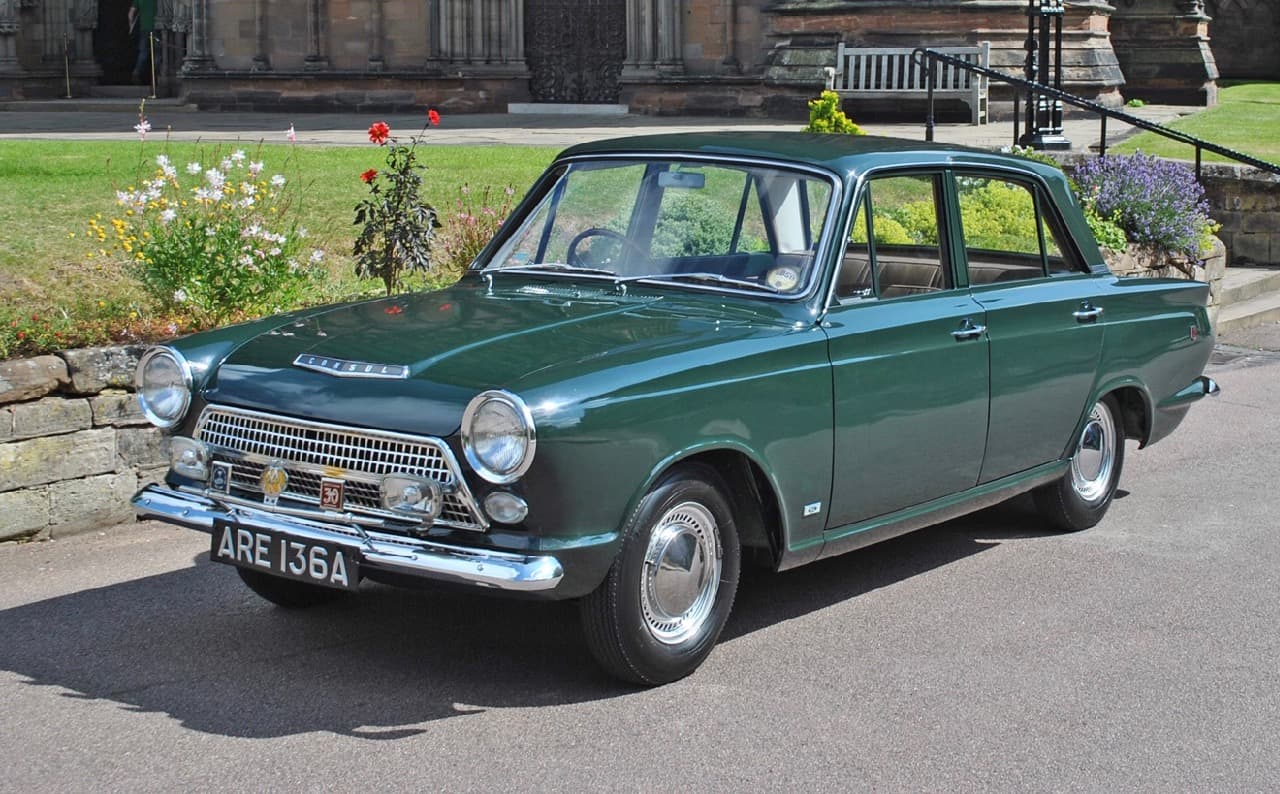 Ford produced somewhere north of one million Cortina Mk. I models, and among the rarest of that massive lot must be the 1963 1500 GT that’s going up for bids at the Historics at Brooklands auction August 20 near Weybridge, England.

So what makes this particular Cortina so rare? Well, since it rolled off the line at Ford’s Dagenham assembly plant, it has been driven an average of only one mile a day. After 53 years, the car shows only 19,244 miles on its odometer.

And the car, which has had only two owners — the most recent for the past 27 years — is in original condition and already has won a relatively long list of awards at various Cortina Owners Club concours as well as at the Auto-Glym Concours, where it won the 1960-1970 sedan class.

“Fitted with a tuned 1,498cc engine, the 1500 GT was the top specification model of the day, its zesty 78bhp sufficient to propel the svelte four-door to 95mph, with a 0-60 acceleration time of just 14 seconds… leaving the Morris Oxford of the day some five seconds in its wake,” Historics at Brooklands notes in its news release.

The car is painted in Goodwood Green, and Historics at Brooklands reports there are no age-related blemishes on its interior. It has a period Les Leston Grand Prix steering wheel, but the factory-installed wheel comes with the car as well.

How meticulous have the owners been in maintaining the car? According to Historics at Brooklands, “The garage owner who has conducted the majority of the MoT tests has re-affirmed the car’s magnificent condition, adding that he recalled a time when the previous owner refused to drive the car home after the test as it was raining, choosing to walk instead. He collected the car three days later… when the roads were dry.”

The Green Goddess is one of 140 cars and motorcycles being offered at the sale by Historics at Brooklands, an independent auction house in business since early 2010. Based at the Brooklands Museum, but not affiliated with the museum as far as ownership, the auction house has done 25 sales so far.