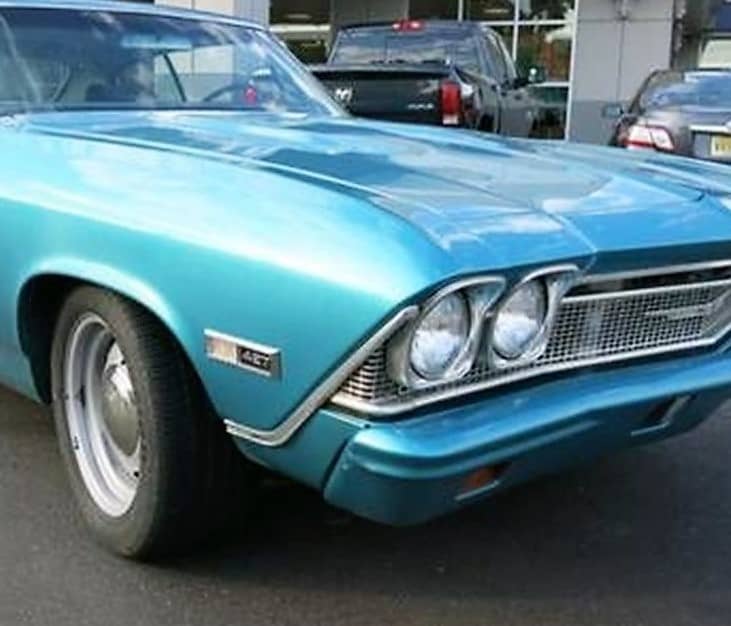 If you’re yearning for some serious big-block muscle, here’s a Chevelle resto-mod whose plain-Jane appearance belies the massive power lurking under its hood.

The Pick of the Day, a custom 1968 Chevrolet Chevelle coupe, is described by its seller as a former show car with a mighty 454 cid crate engine slipped into its extra-clean engine bay. Hooked up with a Muncie four-speed, 3.73 posi-traction rear and four-wheel Wilwood disc brakes, it has the right ingredients for an impressive performance machine.

The Chevelle “runs strong and sounds great,” according to the Cadillac, Michigan, dealer advertising the car on ClassicCars.com.  The attractive coupe was done right, the listing says, with more than $45,000 invested in parts and supplies, not including all the man hours.

The Chevy is an “older resto-mod painted a beautiful monotone factory Island Teal,” the seller says, adding that the builder started out with a solid body that was cleaned up by removing most of its trim and shaving its door handles, which now unlatch by remote. The bumpers are painted body color.

The interior has been custom fitted with gray bucket seats, console, gauges and power windows, including the front vents.

“This is an ex-show car with custom firewall and painted undercarriage,” the listing says. “This ’68 sits nicely on 16-inch rallys with dog-dish center caps and BF Goodrich tires. Awesome Chevy to take to local car shows.”

No doubt the car is also an awesome sleeper with drag-strip power to spare. Rumble up to the stoplight in this no-nonsense muscle car, and everybody will take notice.

The asking price seems fairly modest at $28,495 for what appears to be a high-quality custom muscle car ready to smoke those tires.