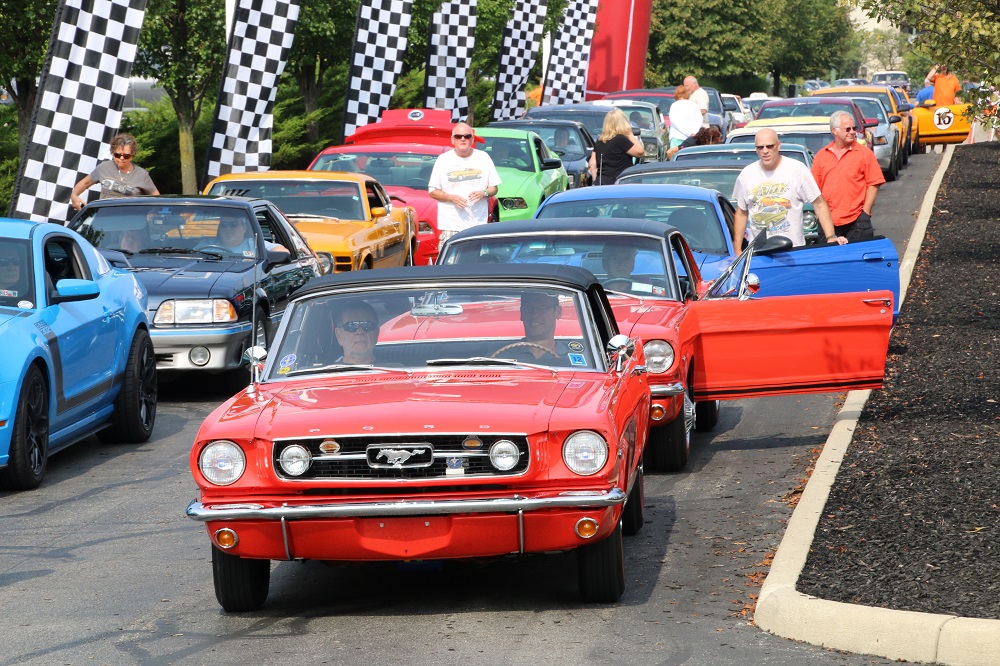 The Mustang Club of America needs more than 766 cars to break the record for the “longest Ford Mustang parade,” and to dethrone the Mt. Hood Mustangs and Fords Club. The MCA’s world-record attempt is scheduled as part of the organization’s 40th anniversary celebration, September 1-4 at the Indianapolis Motor Speedway.

“We’re thrilled to celebrate the 40th anniversary of MCA at Indianapolis Motor Speedway,” said Jeff Mays, club president. “As we honor four decades of helping people enjoy the high-octane lifestyle that only a Mustang can deliver, we look forward to claiming our place in the Guinness Book of World records.”

The MCA’s attempt, being done with participants coming from around the world, will be witnessed by record-book officials on Friday, September 2.

In addition to MCA’s world record attempt, other activities during the 40th anniversary include track sessions, ride-and-drives, demonstrations, and MCA’s annual banquet with special guests and honorary speakers. Proceeds from the weekend will benefit Cherubs and Riley Children’s Hospital.