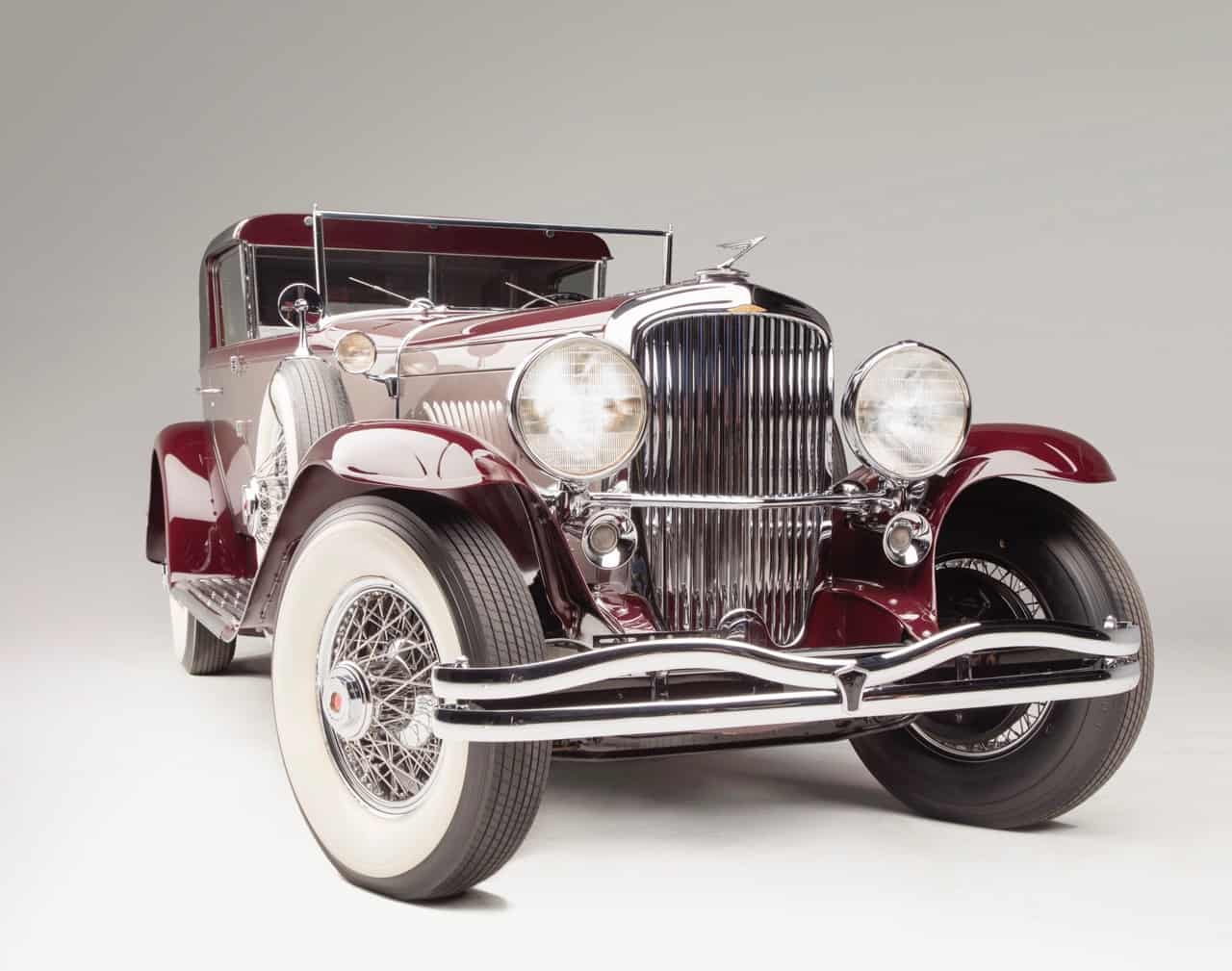 They may not have the provenance of being driven by Tazio Nuvolari or of having been owned by Jane Russell or Diana Ross, but three pre-war cars that are on the docket for Bonhams auction at The Quail in northern California’s Carmel Valley have plenty in their own right to attract bidders.

Bonhams has announced that its sale at The Quail will include a 1904 Mercedes-Simplex 28-32 HP 5-seat rear-entrance tonneau, a 1930 Duesenberg Model J town cabriolet and a 1938 Talbot T23 r-liter cabriolet with coachwork by Figoni et Falaschi.

“Each so unique yet so purposeful,” Bonhams proclaimed in its news release. “Each was also built specifically for elevated comfort and speed. As pre-war sports cars of the luxury segment, they represent the absolute best of early motoring.”

Bonhams says the Mercedes-Simplex demanded the price of three Packards or eight Cadillacs when it was new. The car is a multiple-time London-to-Brighton veteran yet capable to achieving speeds of more than 65 miles per hour, says Bonhams, which adds that the car is one of only six pre-1905 Mercedes models still remaining, and that none of them have been sold in the past decade.

Bonhams’ catalog notes that the car was commissioned by Emil Jellinek for delivery to J.E. Hutton Ltd., in England for timber merchant Richard Bayly, with bodywork by Thrupp & Maberly. In 1908, the Bayly family donated the car to the War Department and it was used in military service on the Western Front in France.

After the war, it was sold to a British farmer. Farm service left the car in need of restoration, which was undertaken after Oliver Gray acquired the car in the 1970s. Gray put the car back on the road in 1983 and frequently participated in the London-to-Brighton rally. Subsequent owners not only continued that tradition but added the Gordon Bennett Cup re-enactment and other Brass Era events while continuing to do mechanical refreshment of the car.

Bonhams has set the pre-auction estimated value of the Mercedes-Simplex at $2.5 million to $3 million.

The Duesenberg has Murphy coachwork and was first owned by Nanaline Doris Duke, mother of socialite, heiress and philanthropist Doris Duke. The car next went to J.S. Person, then to Pat Ferchill of Fort Worth, Texas. Auctioneer Dan Kruse acquired the car from Ferchill’s estate in the early 1980s and sold it. It later went to Bill Lassiter, who commissioned a restoration.

The car later was displayed at the Imperial Palace Collection and the Blackhawk Collection and recently has received mechanical refurbishment by Brian Joseph. Bonhams has set a pre-auction estimate of $900,000 to $1.2 million.

The Talbot was unveiled at the 1938 Earl’s Court motor show in England was was purchased at the show by an American banker. Still in its original coachwork, Bonhams said the car is believed to be one of only two with such a cabriolet body. The car originally was owned by banker Grant Barney Schley III (his father helped create the Chase National Bank). In 1949 the car was acquired by Mademoiselle Le Gris, who reportedly split her months between Paris and Texas, where the car eventually was purchased by Arthur Flores, who owned it for 40 years before selling it to the consignor, who is selling the car to benefit the Simeone Foundation Museum.