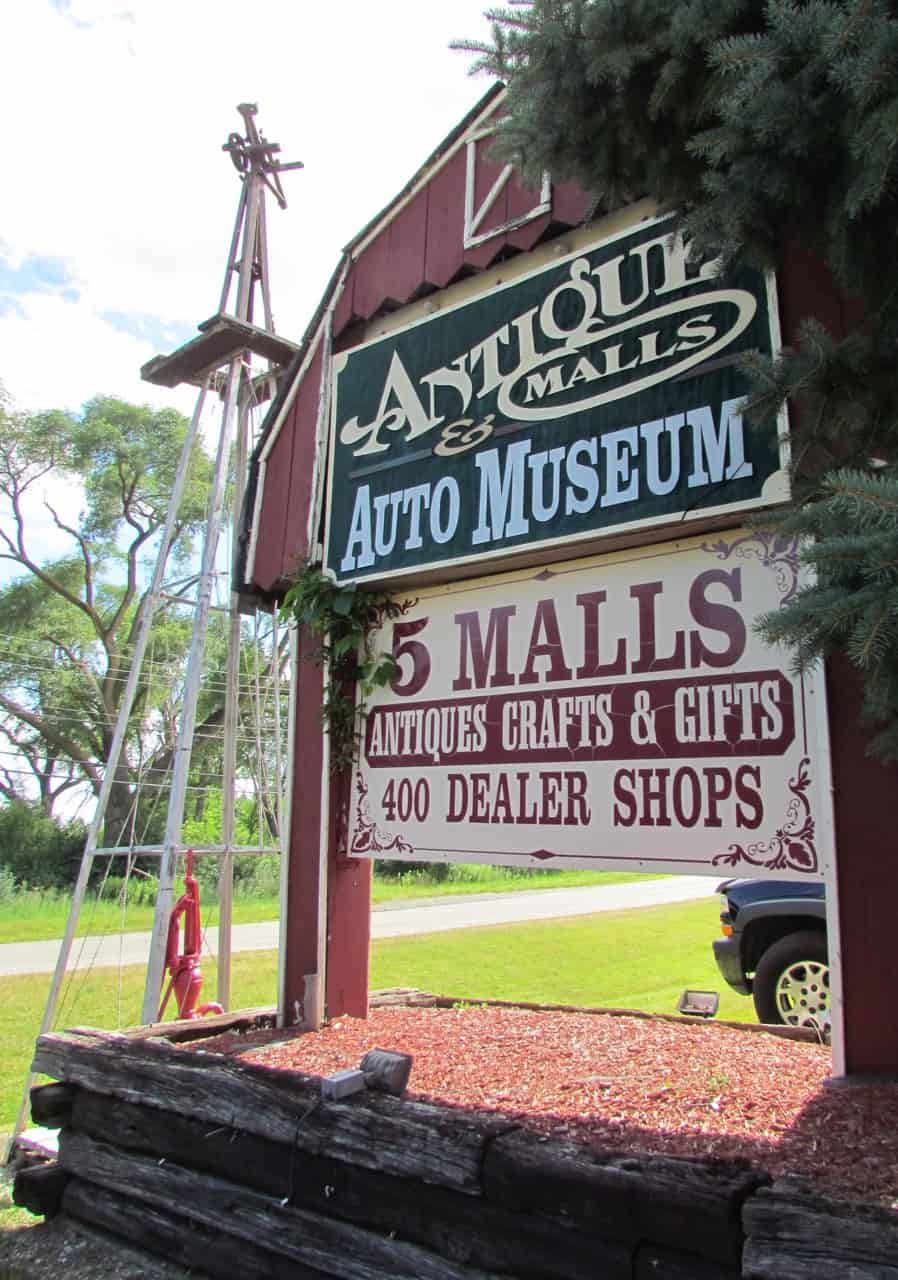 A friend who favors concours d’elegance and the top end of the hobby nearly snorted when I mentioned I was stopping by the Volo Auto Museum to do one of our Eye Candy stories and photo galleries.

Yes, I knew the Volo had a reputation for being as much a glorified classic car dealership as it is an automotive museum, and that many of its true museum displays feature cars (or their stunt doubles) made famous by Hollywood and those we see on big and small screens.

But what I didn’t know was how large the place is, how much else is there to see, or how much I would find myself just enjoying it all.

I admit it, I had a great time at the Volo museum and think it would be an excellent place to take family and friends, especially those not interested in cars or whom you’d like to interest in collector vehicles.

Yes, most of the main rolling stock of the “museum” is for sale — complete with price tags that include monthly payment schedules. Nonetheless, the cars — for example, everything from a 1969 Olds 442 to a ’55 Mercury Monterey woodie wagon and from a 1933 Auburn 12-161A custom phaeton to an absolutely stunning 1948 Daimler DE-35 drophead coupe — are bright and shiny and apparently ready to drive away to your local cruise-in condition.

And while you the car guy (or gal) ponder such options, your friends and relatives can enjoy seeing the Hollywood and television vehicles, from full-size Cars stars Mater and Lightning McQueen to the 14th Batmobile built by George Barris (the late King of the Kustoms’ autograph is all over the place) and the promotional show car for the Blues Brothers’ ’74 Dodge Monaco (one of many vehicles destroyed during the filming).

The museum is actually a village of buildings on what used to be a dairy farm in the village of Volo, located northwest of Chicago. William Grams bought the farm and used its buildings for resale showrooms (antiques and such). Apparently much to dad’s displeasure, his car-crazed teenage sons, Bill and Greg, started buying old cars, fixing and selling them on the property, and soon more people were coming for the cars than the resale items (the museum now draws some 250,000 people a year). The Volo Auto Museum traces its history to 1960 and still includes four antique malls with some 300 dealers as well as a restaurant.

And the “auto” museum has much more than the cars for sale and the cars of the stars, although there are enough of those to fill four large buildings.

There’s a huge Disney exhibit, a walk-through history of Transportation and Lodging with a cover wagon, stagecoach, early roadside motel room and three camping trailers. There are displays of vintage outboard boat engines, bicycles, motor scooters, snowmobiles, farm tractors. (I found the scooters stunning and the snowmobiles both delightful and educational.)

There’s a train to ride. There’s a Military Experience, a museum you enter through a bunker-style display with a tank, jeep and other vehicles. There’s the lifeboat from the movie Captain Phillips and the movie-prop jet airplane used in both True Lies and The Avengers; after being used in the Schwarzenegger/Jamie Lee Curtis movie, rather than build a new plane, the producers of the Avengers simply borrowed this one and painted one side to meet their need.

So what if it’s a full-scale fiberglass replica, not a real if now-grounded jet fighter? So what if the cars in the Duesenberg room weren’t built by the  brothers Fred and Augie or even under E.L. Cord’s reign but are Duesenberg II cars, made from 1978 to the start of the current century by Wisconsin-based Elite Heritage?

After all, sprinkled throughout the displays are signs quoting one of the founding Grams brothers, Greg. One says, “We combine recreation and history, designed to appeal to almost everyone.” The other notes, “I’m not trying to entertain the critics, I’ll take my chances with the public.”

All I can say is that this part of the public, often known for being rather critical, had a thoroughly grand time at the Volo museum and is eager to go back, and next time to bring along some friends and relatives.