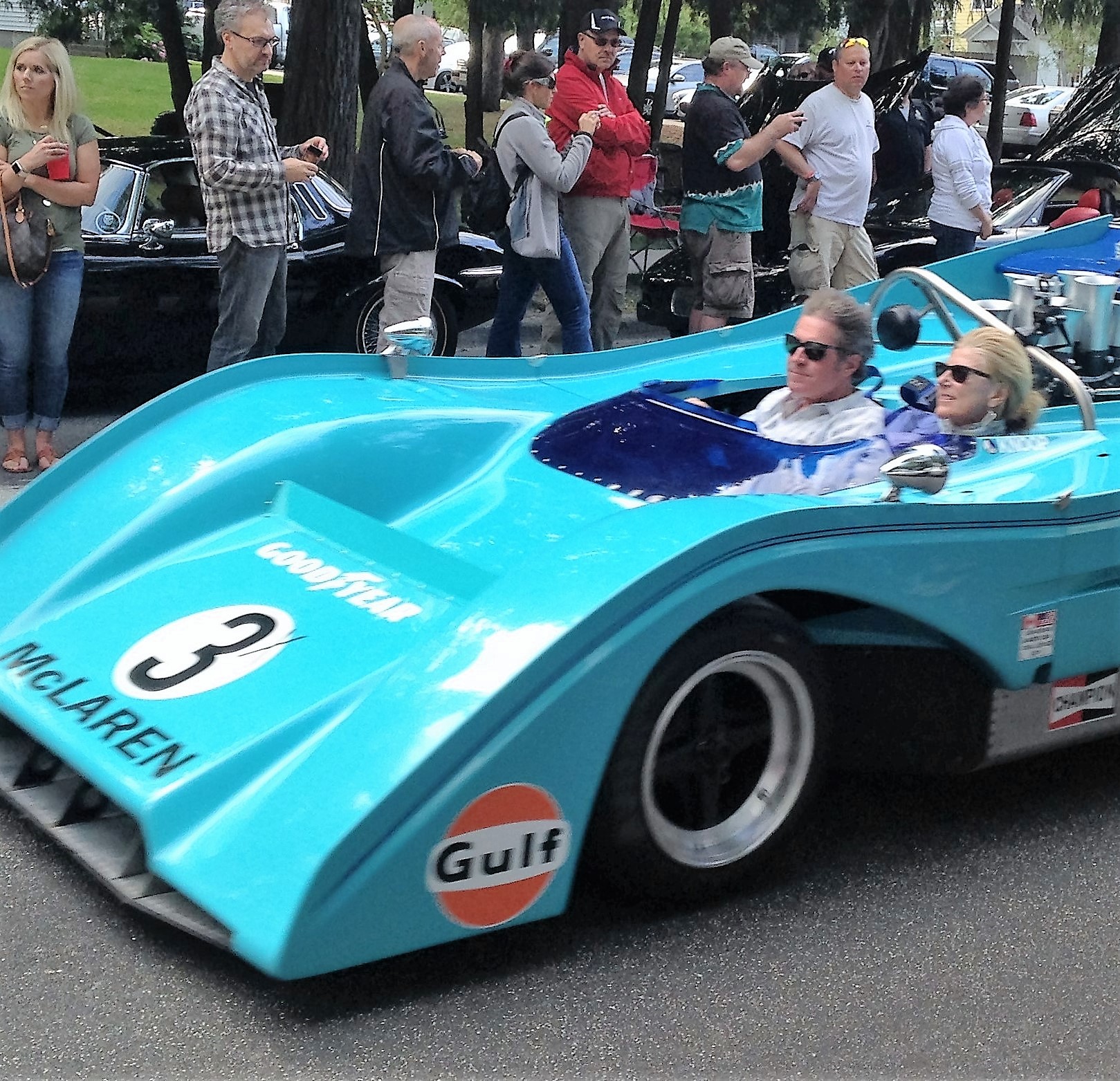 With one of the largest turnouts in recent years, Road America in Elkhart Lake, Wisconsin, kicked off its signature vintage races of the summer, a four-day track event featuring the 50th anniversary of the Can-Am series and historic gatherings of the UOP Shadow and Corvair Stinger race cars.

The WeatherTech International Challenge with Brian Redman presented by Hawk – known simply to locals and old timers as “Vintage” – is the longest-running retro-race tradition in the Midwest and the highlight of the summer calendar.

The four-mile track is a driver and fan favorite, especially during this event which incorporates two nights of concours activities open to the public and staged on a portion of the original road-race course in downtown Elkhart Lake.

A 1972 McLaren M8F blows their hair back in Elkhart Lake

Friday night begins with a unique police-escorted Race Car Parade from the track to the streets of the village, followed by a Street and Sports Car Concours at the same location on Saturday night. All events are set against the quaint vacation town of historic pubs and ice cream parlors, fine restaurants and elegant resorts.

Sunday’s focus returns to the racetrack, where everything from pre-war relics to retired modern Indy cars filled the grid and paddock of the historic Road America. An early morning flirtation with rain cooled the atmosphere just enough to make for near-perfect conditions for spectators, drivers and machines.

Fans of the historic Canadian-American Challenge Cup (Can-Am) Series, the outlandish, unlimited-class behemoths that thundered around racetracks from 1966-1974, were in awe at one of the largest fields of cars ever assembled. Within that pack, 10 of the innovative UOP Shadows were registered, 15 McLarens, and 15 Lola variants, making for sensory overload in the pack of nearly 50 Group 1 cars.

Also exciting was the Corvair Stinger Reunion, with 14 of the cars registered for a featured race. Pennsylvania Chevrolet dealer Don Yenko, famous for highly-tuned street Corvettes, Camaros, Chevelles and Novas, produced 100 such “Stingers” based on Corvair Corsas for SCCA homologation in 1966. The car won the D-Production SCCA National Championship for 1967.

But like any good vintage track event, it is the culture around the races that make it memorable. The cars on the streets, the bench racing from the fans, and the special relationship this event has with the historic Village of Elkhart Lake, one of America’s original road race towns, is what makes this event so cherished by classic car connoisseurs.