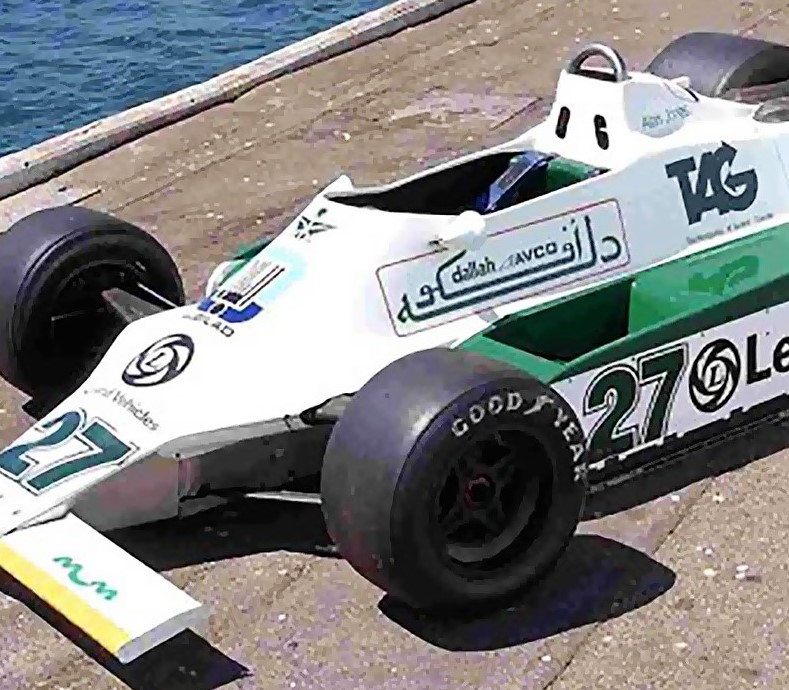 The British Grand Prix, which took place this past weekend, is one of the most viewed races on the Formula 1 calendar. Many fantastic moments in racing have occurred at the Silverstone Circuit.

One of the somewhat lesser-known but most-spectacular victories at the British GP was during the 1979 race, in which the Williams F1 team won their first competition, and at home, no less.

Team boss Frank Williams started out as a driver and founded Williams Racing Cars, his first team effort, in 1966. Approaching the Silverstone Circuit just over a decade later (with his third team effort), Williams had focused his engineers on developing the aerodynamics on their car, the FW07. It was Williams’s first “ground-effects” car, a technological advancement first found on Lotus cars of the time.

According to Sportscardigest.com, “The box-like pods on either side of the body carry carefully shaped ‘underwing’ panels which cause the airflow beneath them to draw the vehicle down against the road.”

The team’s engineering expertise was demonstrated when the cars proved very quick in unofficial practice. The two drivers, Alan Jones and Clay Regazzoni, then racked up first and fourth, respectively, in qualifying. Their speed followed in the race, as Jones and Regazzoni found their way to first and second positions.

On the 14th lap, however, Alan Jones’s engine let go, joining an eventual list of 10 cars that didn’t make the flag that year. That put Clay Regazzoni at the front of the race, and the Swiss driver stretched his lead out over the field. Regazzoni would lap his team’s main rival at the time, Ferrari, on the way to victory. As reported by Motorsport Magazine, he “smiled to himself hoping that Enzo Ferrari and James Hunt were noticing.”

Silverstone ended up being a turning point for Williams in the ’79 season, as Alan Jones went on to win four more races for the team. Unfortunately, the effort was too late to catch Jody Scheckter and Ferrari for the championship. Frank Williams, though, would lead his team to eight constructors championships.

Today, Frank Williams still operates his team, which sits second behind Ferrari in the constructors championship. As for the mighty FW07, it evolved into the FW07B the following year, and won Williams’s first championship.

The car would be updated a third time, winning another championship during the next two years, before ground effects were banned from F1 for safety reasons in 1983. Today, a number of FW07s survive in the hands of collectors and vintage racers. Sothebys Auctions sold in 2010 a FW07/04 driven by Alan Jones in 1980, price not disclosed.

Nathan Evans
Nathan Evans is a high school student in Phoenix, Arizona. When he's not writing about fine automobiles or slacking off in class, Nathan prefers to watch motorsports races, (Preferably NASCAR and Formula1) and design his own racing circuits on computer programs.