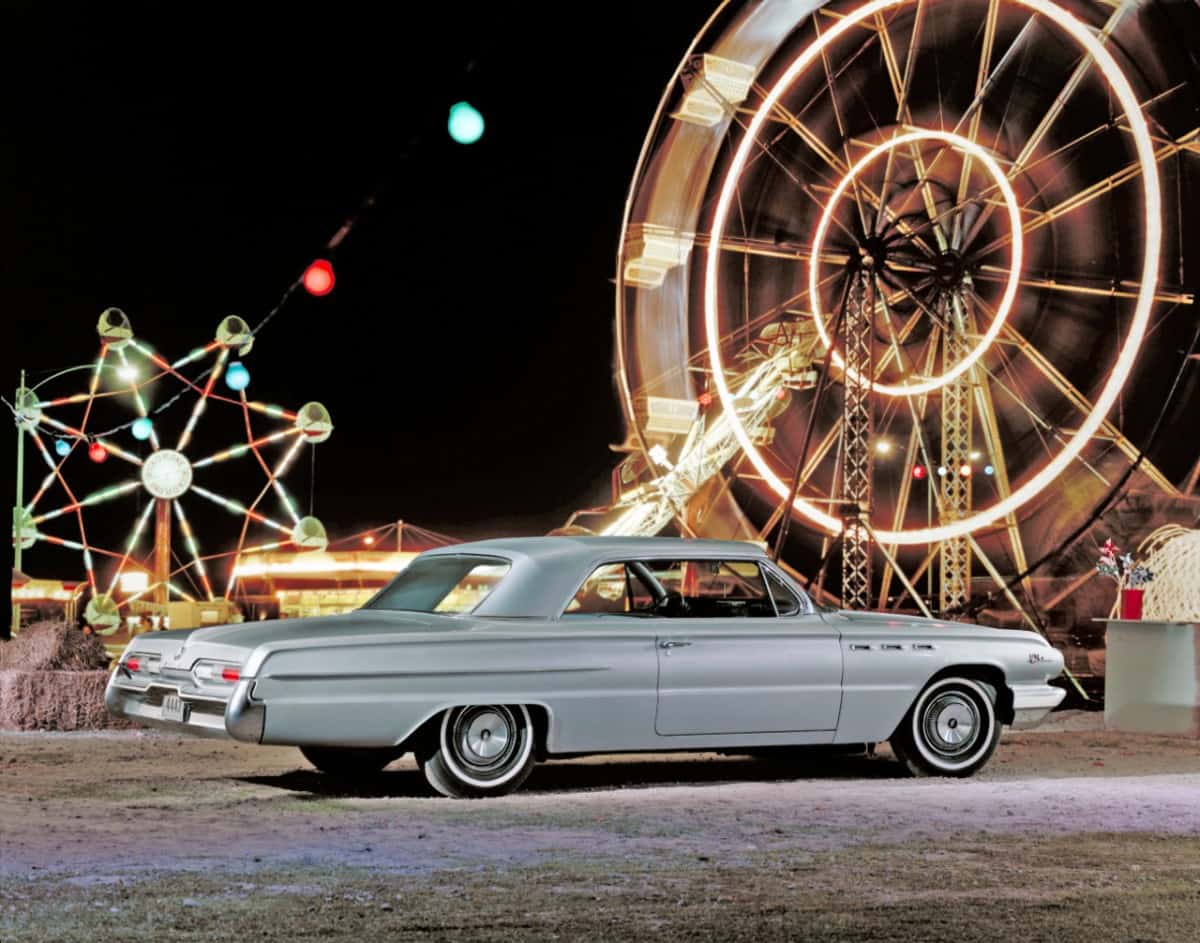 More than 700 vintage Buicks and their owners are expected to participate July 30 when the Buick Club of America celebrates its 50th anniversary with the Buick Nationals at Allentown, Pennsylvania. The big show will be open to the public from 9 a.m .until 3 p.m. at the NB Center for American Automotive Heritage compound across from Coca-Cola Park.

All entry donations will benefit the America On Wheels automotive museum in Allentown.

As part of the event, a special youth judging program will take place with children choosing their three favorite Buicks.

It had to happen: The California Automobile Museum in Sacramento is offering discounted admission for guests who say the phrase “Gotta Catch ‘Em All” this Saturday. The museum has two “Pokestops” good for catching Venonats, Clefairys and Zubats. Additionally, the museum says lures will be placed on the hour from 11 am to 3 p.m.

The AACA Museum in Hershey, Pennsylvania, also will be placing lures throughout the museum this weekend and reports having two “pokestops” and a “pokegym.”

The British Motor Museum in England anticipates 600 light commercial vehicles such as pickups, ice-cream vans, campers, taxis, hearses and police cars to show at the museum’s Classic Van & Pickup Show, set for August 7. The museum holds the “Buses Festival” on August 21, set to feature up to 100 restored, vintage and modern buses and coaches.

July 31, the Petersen Automotive Museum holds its monthly Breakfast Club Cruise-In at 8 a.m. and is celebrating Ford Motor Company’s landmark innovations and invites Ford owners and clubs to the cruise-in.

On August 12-14 the Auburn Cord Duesenberg Automobile Museum and the nearby National Auto & Truck Museum in Auburn, Indiana, play host to the Checker Cab Club, which will display its vehicles in the new Education & Exhibit Plaza.

The California Automobile Museum hosts “Cruise Fest on Fulton Avenue” on September 10. Cruising runs from 4 p.m. to 6 p.m. with other festivities continuing through 8:30 p.m.

The World of Speed Museum in Wilsonville, Oregon, offers a “simulator race series” with the simulator set in “damage mode,” meaning cars will behave and sustain injury as in real driving. Participants get a practice run and qualifying run July 28, August 25, and September 29 from 5:30 to 8 p.m. Drivers with top qualifying race times advance to the finals, which take place on October 27.

Additionally, the museum holds its inaugural Spark Gala on September 17.

On July 28 the Keith Haring Art Car debuts at the Petersen Automotive Museum in Los Angeles. Artist Kenny Scharf and art collector Adam Lindemann will speak about the late Haring during a “Q&A” and cocktail hour.

November 4, the California Automobile Museum holds its annual Art of the Car benefit, starring artist and car enthusiast David Garibaldi. The dinner supports the museum’s mission to preserve, exhibit, and teach the story of the automobile and its influence on our lives.

This Saturday, July 23, the Simeone Museum holds a demo day to demonstrate a 1956 Ferrari 250 GT Scaglietti Berlinetta Tour de France. The following weekend, July 30, the museum holds a “Foundations of Photography 104” class instructed by Andrew Taylor. The class will explore the art and science of white balance and color temperature.

Additionally, on August 6, the museum hosts a discussion as a tribute to Penske Racing with Karl Kainhofer, author Gordon Kirby and others and gives guests a look at the 1968 Sunoco Team Penske Camaro race car. On August 13, the museum hosts driver Andy Pilgrim, who will present a talk focusing on his racing experiences with Porsches, highlighting his championship winning season in 1997 with Allan McNish driving the stunning Porsche 911 GT1.

The AACA Museum offers a “Build-A-T” workshop for children 8-12 years old to build a wood Model T Pickup truck under the supervision of an educator. The workshop takes place August 6 from 10 a.m. to noon.

The museum also offers a Model T Driving Experience with real Fords, open to licensed drivers. Classes are this weekend July 23, and August 13, September 17, and October 22.

The National Corvette Museum in Bowling Green, Kentucky, hosts a High Performance Drivers’ Education Program on August 27-28. Participants will receive classroom and on-track instruction at the NCM Motorsports Park and will be divided into four run groups. Cost is $485 for the two day program.

The British Motor Museum celebrates the British car from July 23 through September 4. Workshops will be held each Tuesday and Thursday with activities including building British cars with Legos, creating your own card Land Rover, Mini or E-type Jaguar, and creating a car out of balloons.