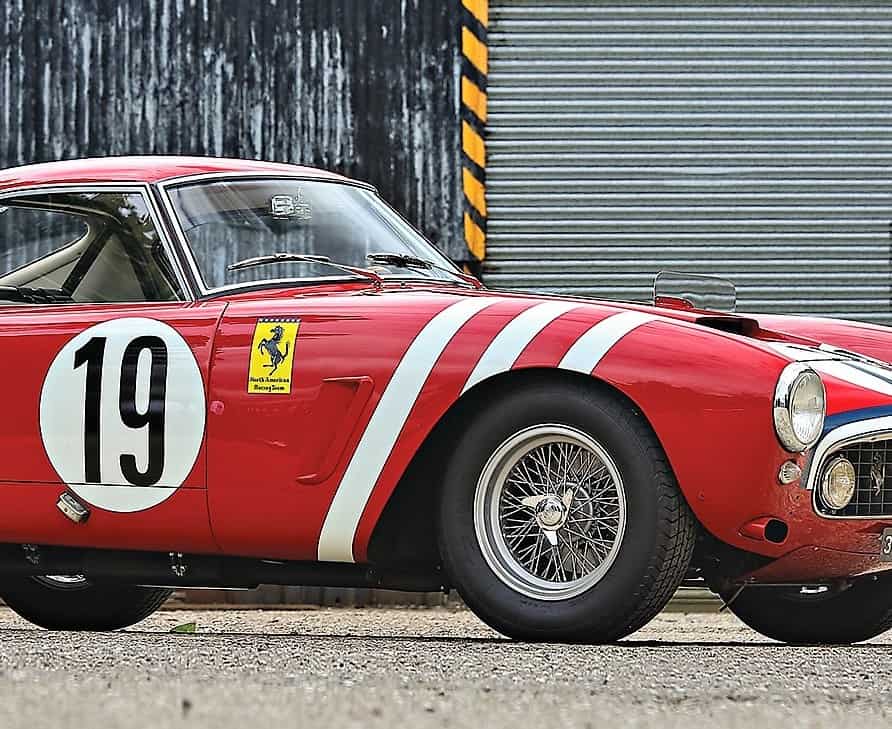 Four spectacular Ferraris, each of them worth a king’s ransom, will be presented at Gooding & Company’s collector car auction in August during Pebble Beach Concours week. Ranging in years from 1950 to 1962, the four historic Ferraris have a collective estimated value of $49 million to $58 million, which could put Gooding’s Monterey results into uncharted territory.

“We are truly honored to present these rare and historic Ferraris,” David Gooding, president and founder of the California auction company, said in a news release. “Offering cars of this caliber – with exceptional specification, racing history, authenticity and provenance – is what sets our company apart from the competition and what makes The Pebble Beach Auctions so thrilling to attend.”

The 1959 Ferrari 250 GT LWB California Spider Competizione, chassis number 1603 GT, is one of the world’s most desirable competition roadsters, valued by Gooding at $18 million to $20 million.

“This exceptional Ferrari was specially equipped from the factory with every available competition feature, including a full-race specification engine and gearbox, four-wheel disc brakes, and an endurance fuel tank with outside filler,” the auction company says in its description. “For competition use, the Scaglietti coachwork was fashioned in lightweight aluminum, rather than steel, with the desirable covered-headlight arrangement.”

The Spider was delivered new to the United States, where it finished fifth overall in the 1960 12 Hours of Sebring driven by George Reed and Alan Connell. It raced at the Bahamas Speed Week in Nassau in 1959 and 1960, and competed regularly in SCCA events through 1964.

The race car was restored in its 1960 Sebring livery to concours condition, according to the Gooding company, and was displayed at the 2011 Palm Beach Cavallino Classic, where it earned an FCA Platinum Award and the prestigious Competizione Cup for the most outstanding competition Ferrari.

A 1960 Ferrari 250 GT SWB Berlinetta Competizione, chassis number 1759 GT, is one of the Italian marque’s first short-wheelbase Berlinetta race cars, and valued by Gooding & Company at $15 million to $18 million.

“Specially built for endurance racing and tested at Monza in March 1960 by Phil Hill, Richie Ginther, and Wolfgang von Trips, it was delivered new to influential U.S. distributor Luigi Chinetti, who ran the successful North American Racing Team,” the description reads. “This SWB Berlinetta was instrumental in NART’s four-car onslaught at the 1960 24 Hours of Le Mans, where it captured a 7th place overall finish with famed American drivers Augie Pabst and Ed Hugus at the helm.”

The Ferrari was owned by noted collectors during the past 40 years, the auction company said, and has been restored in its 1960 LeMans livery and race-prepped by Ferrari specialists.

A 1962 Ferrari 250 GT SWB Berlinetta, chassis number 3359 GT, wears styling that is considered to be a masterpiece of Italian design, the auction company notes. The late-production “lusso” model, equipped with many desirable luxury features, has an estimated value of $10 million to $12 million.

“When new, this car was finished in an elegant silver over red color scheme and delivered to an Italian customer,” the description says. “In 2010, 3359 GT was the subject of a complete concours-quality restoration overseen by the Ferrari Classiche department. This work involved the expert services of Carrozzeria Autosport of Modena, operated by former Scaglietti employees Franco Bacchelli and Roberto Villa, and Autofficina Bonini of Cadelbosco, an official Ferrari service agent and concours-winning workshop.”

The 250 GT, refinished in its original color configuration, received a special award at the Concorso d’Eleganza Villa d’Este, one of Italy’s most prestigious automotive events.

The 1950 Ferrari 166 MM Berlinetta, chassis number 0046 M, an important piece of early Ferrari competition history, is presented in evocative unrestored condition after being in storage since 1967. The even-numbered Ferrari (signifying competition) was originally delivered as an open barchetta with coachwork by Touring, and in its current closed berlinetta configuration carries an estimated value of $ 6 million to $8 million.

“Scuderia Ferrari enlisted famed Italian coachbuilder Nuccio Bertone to drive this car at the legendary Mille Miglia in both 1950 and 1951,” the Gooding description says. “In 1952, 0046 M helped its then-owner Emilio Giletti capture the Italian Sports Car Championship in the two-liter class.

“The following year, Milanese driver Luigi Bosisio purchased the barchetta and had it sent to Carrozzeria Zagato, where it was updated and transformed into a closed berlinetta. In this form, 0046 M continued to race in Italy, taking part in the 1953 Mille Miglia, and in North American events after being imported to the U.S. in the mid-1950s.”

The auction company notes that the next owner of the 166 MM will face an enviable conundrum, whether to preserve the Ferrari in its time-capsule condition or restore it to its original barchetta style or subsequent berlinetta design.