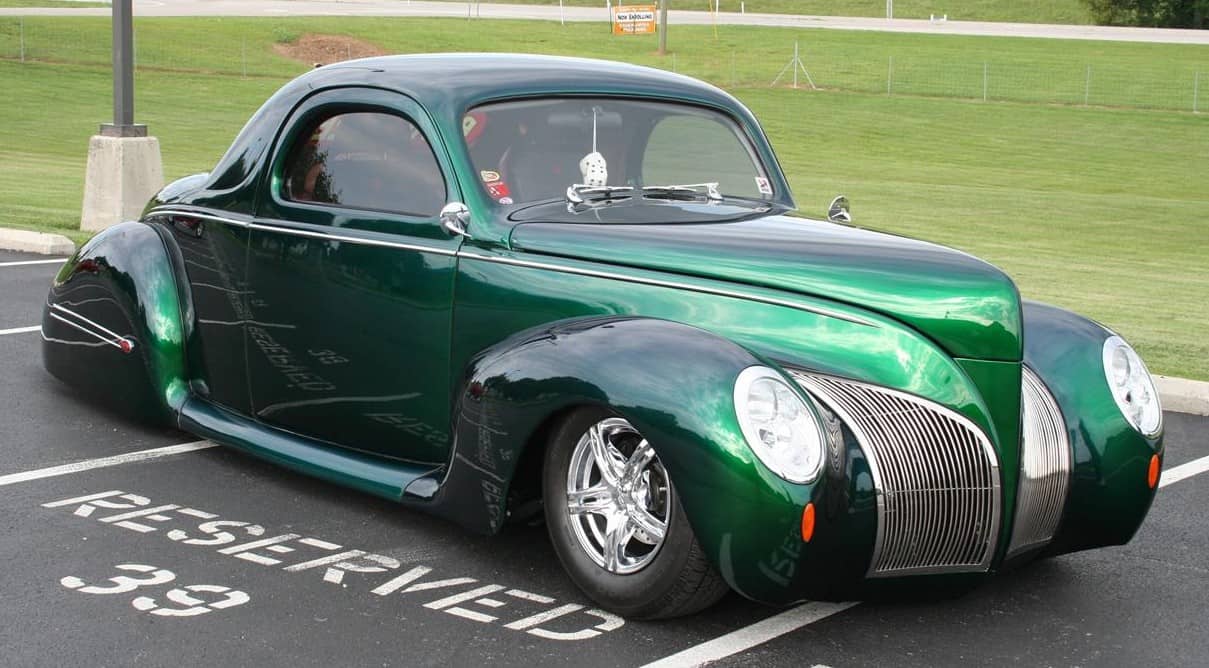 The Lincoln Zephyr received a futuristic styling update in 1938 with minor changes in 1939 that included improved a restyled hood, new hood ornament, front fenders, chrome side trim and newly designed headlamp lenses. Additionally, the front bumper was cut away in the center and skirts were added to the rear wheel wells for a more elegant look.

The Pick of the Day, a 1939 Lincoln Zephyr street rod called “the Zemi,” is one of only 2,100 three-window coupes produced during its model year. The private seller listing the vehicle on ClassicCars.com says the car underwent an “extensive six-year rotisserie project with no expense spared.”

The Zemi receives its nickname from the car’s name plate and its heart, a 426 Chrysler Hemi crate engine.  Power is fed through a 727A automatic transmission and a 9-inch positraction 3.50 rear end.

The Lincoln is painted in PPG Emerald City Green, and the interior is composed of ostrich and crocodile leather.

The listing includes a video clip from 2013 when the Zemi was featured on “My Classic Car” with host Dennis Gage during the Somernites Cruise in Somerset, Kentucky (season 17, episode 19).

In the clip, the owner of the Zemi shares that it took him about two weeks to create the custom grill, composed of TIG-welded stainless steel. He also notes that the headlights on the Zemi are from a Mini Cooper and the car sits on AirRide suspension.  The roof has not been chopped, he said, and the single gauge is original to the car.

According to the video, the fenders have been stretched approximately seven inches, and it has a pop-up fuel door that is flush with the body when closed.

The private seller comments in the listing that other modifications to the car include rear-hinged “suicide” doors and a “disappearing license plate,” which is demonstrated in the video clip.

Offered for $385,000 in Science Hill, Kentucky, the seller says “this car is like no other,” adding that a complete modification list or additional photos can be provided to serious buyers.