Commentary: When did Ford LTD become a collector car? 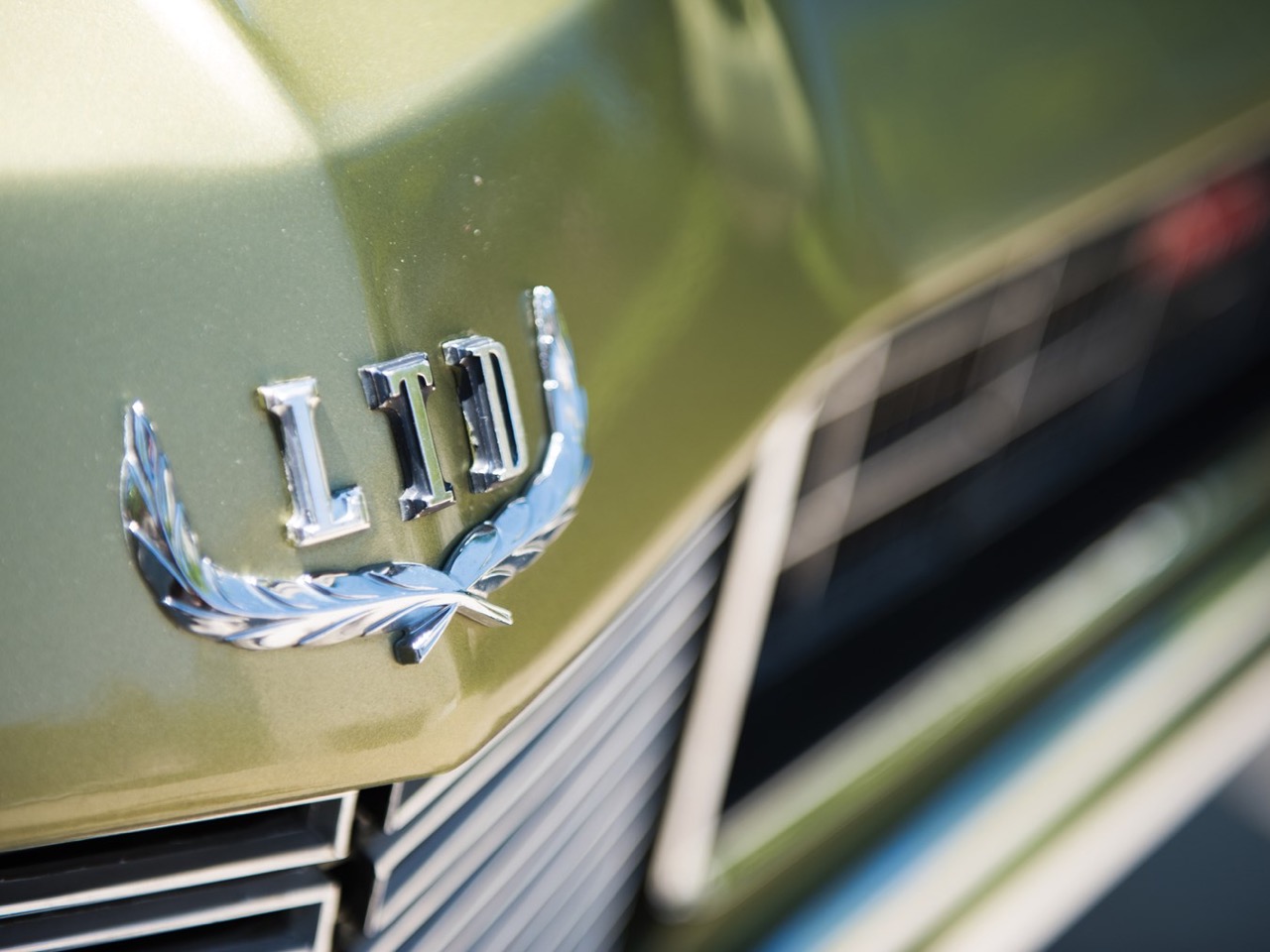 You know the axiom that a photograph is worth a thousand words, right? Well, I’m glad that the axiom is wrong, as I just discovered while starting to page through the catalog for RM Sotheby’s upcoming Motor City auction.

The catalog has a nicely textured cover and, after the preliminary pages, we get to the docket, which starts in unusual fashion, not with automobilia or classic cars but with invitations to bid on a trip to the Ron Fellows Performance Driving School, a visit to New York Fashion Week and to Super Bowl 51. Each of those trips has been donated to benefit the Juvenile Diabetes Research Foundation.

Next comes Lot 104, a 1947 Indian Chief Roadmaster motorcycle. But I nearly stopped turning the pages when I got to the photograph of the next log, a pale green 1970 Ford LTD hardtop sedan.

When did a seemingly mundane 1970 LTD become something on which you could bid at a high-end auction? Sure, you might expect to see such a car at a more mass-market classic car auction or even your local Manheim-style wholesale event, but that’s a far cry from an RM Sotheby’s sale.

Curious, I decided to go beyond the trio of photographs and to read the words accompanying them. It turns out that the car was purchased new in the Sacramento, California, area by Virgil “Skip” and Anne Chapman. The Chapman’s bought the car for road trips and vacations.

Skip insisted the LTD be equipped with a white vinyl roof. The only such LTD available also had a 360-horsepower Thunder Jet V8 engine, air conditioning and lots of other optional equipment.

The Chapmans kept the car in their garage, but five years and some 16,400 miles later, the heavy sold-wood garage door broke, making it very difficult to get car out of the garage. The Chapmans also had a van that they used for their daily commute to work, so the car stayed in the garage until Anne Chapman sold it in 2012.

According to the catalog, a thorough detailing, some minor engine work and a new radiator were all that was needed to get the car back on the road. It is being offered at the auction with a complete Marti Report and fewer than 25,000 miles on its odometer.

“The final full-size American sedans of the 1970s are rapidly gaining in popularity with a new generation of collectors who fondly remember being driven in them during their youth,” the catalog reports. “The car here is undoubtedly among the few opportunities to acquire a 1970 LTD in exceptional original condition.”

The pre-auction estimated value of the 1970 LTD is $10,000 (well above the $6,800  high retail price according to the NADA website) to $15,000 (the 4-door hardtop 1970 LTD isn’t included in the Hagerty Price Guide listings). This car’s anticipated value no doubt is enhanced by its low mileage and the story about it being stuck behind a broken garage door for several decades.

If, like me, you live on journalist’s pay, you probably cannot afford even a 1970 LTD as your collector car. However, like me, you can obtain a very cool “toy” collectible by contributing to the Kickstarter campaign for Candylab.

Candylab Toys was launched by Vlad Dragusian, a native of Romania who studied architecture and lives with his family in Brooklyn, New York, where among other things he’s designed a line of wooden, mid-century styled cars, as well as a roadside motel, other buildings and signs.

The products are being produced in China, but Dragusian wants them built in America and thus the new Kickstarter campaign, which will get you various Candylab samples for a contribution ranging from $7 to $175

Let’s face it, with their polished aluminum skins, every Airstream camping trailer can be considered a classic, and now you can buy one without taking on a full restoration project as Airstream has entered a partnership with Phoenix American to offer certified pre-owned trailers.

Miami-based Phoenix American Warranty Co. will offer warranty coverage after a 67-point inspection by ASE-certified personnel of each of the CPO units.

Toys — whether wooden cars or aluminum camping trailers — are nice, but perhaps you’re a collector looking for a new home for your classic cars. Cullum Homes is doing a redevelopment of the Mountain Shadows golf course in Paradise Valley, Arizona, where the features will include a glass-enclosed basement showroom for as many as four of your cars, and even a vehicle elevator to get them up to the driveway if needed.

“It’s so rare to have a basement in Arizona and we are very excited to be able to offer our buyers, many of whom are avid collectors, an entirely unique way to enjoy both their home and their vehicles,” Rod Cullum, chief executive, told the Phoenix Business Journal of the of the new homes, which will range from $2.3 million to under less than $4 million.

As for me, I’m quite happy to have a couple of Candylab cars on the bookshelf next to my desk.